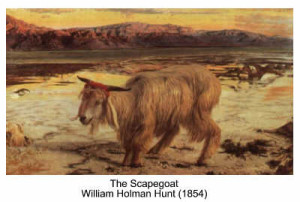 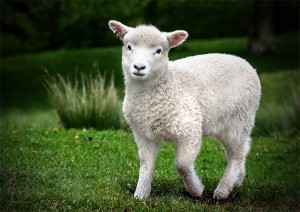 Thursday afternoon I dozed off for a few minutes while waiting for a lady at an office this afternoon. I had one of those split second kind of dreams….more just a single “snapshot photo” type dream….it was a goat whose legs were being bound with blue painters’ tape. As the tape was binding the goat, the thought occurred to me whether I was to cut the tape off or just tear it and whether or not the goat would be hurt by the tape being pulled off its legs. Good grief! Where did that come from at 4:00 in the afternoon?

One counselor friend suggested that perhaps I feel restrained or tied up and kept from doing what needs to be done. Maybe I do, in some ways feel like the “goat”.

Another friend replied, “No I think it is much deeper than that! I think that perhaps Cathy has a secret desire to rodeo and be a roper. I could be wrong as I have no degree in psychology! What do ya think Cath?”   Pretty funny. Ha Ha! I can think of some bulls I’d like to rope and corral. Goats, on the other hand, don’t even appear to be much of a challenge….hence the painters’ tape!

My sister responded, “Ok that’s just weird. I on the other hand I dreamed about Daddy last night. Mine was better than yours for sure.” I, too, dream of our Daddy from time to time, too… Sweet thoughts, for sure. Perhaps she and I should get together on August 6th, the date of his death, and reminice with “Daddy” stories?

Today, in the refreshed morning alertness I am more in touch with this momentary image and thought. There have been a couple of conversations about “scapegoats” with Titus 2 students recently with two different pastors. The students have commented on the ancient, pre-messiah, Hebrew practice of placing the people’s sins upon a scapegoat and abandoning it to certain death in the wilderness…a way to symbolically use the animal to ease the conscience of others, put the animal’s death in God’s hands and deny any personal culpability for its fate…..Hmmmmmm, I seem to recognize this scenario in a situation with which I am dealing. Being able to see it does seem to demand that I at least give the goat a fighting chance…..by removing the fetters placed upon it…..fetters that are, as it appears, not altogether particularly binding if one simply has the time and willingness to remove them from the innocent but unfortunate animal! What if…..some enterprising and compassionate goat herder crouched out of sight of the city gate, waited for the goat to be put out of the safety of the city, then gathered it up, embraced it and made it a part of his own herd…..Would Jesus do something like that? Allow the people the comfort of their symbolic but ultimately impotent ritual and rescue the poor unsuspecting goat from death? I don’t think he’d object to it being done.

The Sheep and the Goats parable of Jesus is reported in Matthew 25:31-36. It occurs to me that in this parable, Jesus in making a distinction between sheep and goats is simply describing the process of dividing the PEOPLE into two groups, those who were compassionate and obedient and those who were not. The image of the Shepherd dividing the two groups is a graphic one for those who have seen it done as the flock is being brought into home ground after grazing. It is not an indictment of goats or suggesting there is more or less value placed upon goats or sheep because of the species into which each was born.. Each group is simply part of the metaphor that shows how clearly, orderly and specific the separating will occur at the judgment. The Shepherd will know which goes where, and, it appears, the people (aka all of the “livestock”) will, too, although some will attempt to deny their status, feign ignorance, or justify their lack of care for those who needed care.

My friend, confidante, and accountability prayer partner, Pam Nevins, can certainly understand this as she had shared with me how she observed this process in Israel when she was there and how it gave her a chill in remembering Jesus’ words!