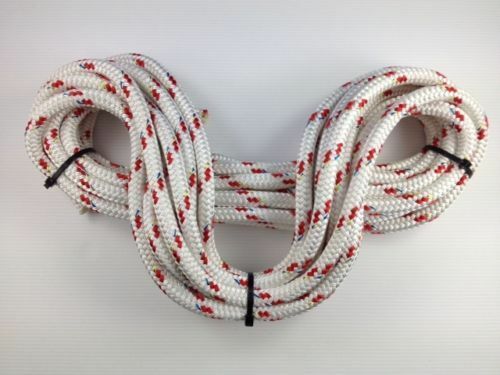 Dr. Sandra Richter’s anointed teaching, including The Epic of Eden, appears to have many people seeing the continuity of biblical themes from Genesis to Revelation more clearly.  In a recent group conversation about seeing God’s plan in Scripture, I made a reference to the “red thread of redemption” in the context of a larger discussion about “Help me” versus “Have me” kinds of faith.

One poster in the devotional discussion observed that having grown up in a particular faith tradition, she appreciated the ways in which it had developed her spiritually. She added, “But I was never taught that there was any other kind of faith than “help me” faith. I understood that God loves to rescue His children – which is true, but it’s not the full story of faith. I didn’t know there was any other kind of faith until I became a serious student of the Scriptures. I saw “have me” faith when I discovered the continuity of the lives of Noah, Abraham, Moses, David, Paul and even Jesus. When I saw the failure of King Saul and Solomon and Judas, I realized that there was more to a faith-relationship with God than I ever realized. I think the “help me” theology is rooted in teaching “Bible stories” instead of the whole story of the Bible. When we see the Bible as one continuous account, rather than sound bites, it changes the way we understand faith. At least that was – and continues to be – true for me.”

The discussion continued as additional images were described “Here’s another way to look at it for those of us who like mental images….. “Help Me ” faith: I cope daily by taking faithful drinks from the well of the Holy Spirit for comfort, guidance, and wisdom. That’s OK, but how about this…..”Have Me” faith: I overcome daily not by my own efforts in the flesh, but by allowing the Holy Spirit to become a fountain of living water springing up inside of me, so that I myself become a source of that drink of living water for someone else? And, how about, the wisdom to see when either faith, or both, is happening in my life?”   It reminded several of us of Jesus’ words to the Samaritan woman at the well about “living water.”

My eyes were opened to the continuity of God’s redemptive work over the years…. in His Word and in my life. I have tended to think of it as a “red thread” that binds all of creation and all people together in the Holy Spirit. Different individuals had expressed it beautifully….. I came from a So. Baptist background in which I easily observed and learned the same kind of “help me” theology. But Wesleyan theology of my last 47 years so expanded and enriched my knowledge, understanding, and obedience to a God so much bigger than I had ever imagined! It is a joyful relationship in which I live daily and it defines all other relationships for me.

This is a section on “red thread” I include as part of a study on Joshua, emphasizing the continuity of the biblical themes:

“Now let’s consider the spy narrative and Rahab’s confession of faith. Recall from Session 1, the first spy story in Exodus 13:1-14:30. Joshua and Caleb had been among the twelve who went in to spy out the country. The two of them gave hopeful and encouraging report, an indication of their trust in God. The other ten, however, reported fearful “giants” and concern that they could not take the land. God’s anger sent them into the desert for the next 40 years, until all adults from that generation had died except Joshua and Caleb.

In this second spy story in Joshua, Chapter 2, only 2 spies are sent and in secret as part of the preparation for entry. Why would Joshua have sent only 2 this time? And why in secret? What was their main goal?

Perhaps Joshua wanted to hear their report alone and deal with it only between himself and God, not risking the people’s perspective on the report as had been done 40 years before. With the prior intelligence on the land they would not need to have sent as many. They could also more likely avoid detection and travel more quickly and covertly. Joshua is not looking too far down the way, but only to the immediate assignment – Jericho. The spies’ job was to scout out the land and Jericho especially. It is a strategic assignment. The two men find Rahab is a good informant and a good negotiator. She tells of the fear her people have of the Israelites and their God. Her people know the reputation of their enemy. They had heard of God’s miracles. It is reasonable to assume that Jericho’s inhabitants had been spying on the Hebrews, too, and hearing the reports from others about them and their God. Rahab is courageous and smart. Rahab confesses her faith in the God of Israel through several statements:

Rahab is mentioned three times in the New Testament: Matthew 1:5, Hebrews 11:31, and James 2:25. All three are testimonies to her faith.
She negotiates to secure a promise of safety for her family, the two spies’ lives for those of her family, although it does not appear she has a husband or children. She is a woman who appears to be able to speak on behalf of her family. The spies established a plan for salvation of her family. They instructed her to use a “red cord” signal. The use of a red cord or a red thread has meaning, even in contemporary use.

1.) It is a reminder of the blood of the lamb on the doorways at the Passover that gave protection to the Hebrews when the angel of death passed over them, taking the first born of all of the Egyptians. It’s visibility to the Israelites provided protection over her family at the time of the assault on Jericho. She and her family become the “first borns” of faith in God among the Caananite pagans to gain life through this sign of faith and its protection, in a redemptive reversal of the “first borns” of the pagan Egyptians being killed. Other examples in scripture of such “reversals”…3000 deaths with golden calf that came out of the fire contrasted with the 3000 new believers after the appearance of the fire of the Spirit at Pentecost….First Adam’s sin led to death, second ‘Adam’ (Christ) brought life through his righteousness….Such examples point to evidences of God’s perfect balancing of all things….nothing is wasted. Everything will be redeemed either literally, number for number, or symbolically when all is complete.
2.) A climber’s rope has a red strand running through it, which signifies that it has been tested for its strength and security to bear the weight it is certified to withstand.
3.) Every rope used in the British naval service wherever it may happen to be used, on ship or land, has a red thread woven into one of its strands for purposes of identification. It is a mark of ownership and facilitates return to its rightful owner. It is also a trademark indicator of reliable quality.
4.) In German, the phrase “roter faden” literally means red thread and refers to a central or recurrent theme.
5.) The “red thread” of Rehab’s story can be related to Rahab’s faith, courageous boldness, and obedience which were rewarded with the mercy of God and his conquering people. It is an example that demonstrates God’s mercy and protection for all who believe and are obedient. The spies instruct her on how to protect her family, cautioning her to have all of her family with her in her home. The spies followed her guidance in evading capture and making their escape. They came safely back to Joshua and brought their report about the fear in the land. Joshua and the leaders were encouraged and began preparing for victory over Jericho. Preparation for Rahab’s family’s safety during the attack had been secured and communicated.

God’s “red threads”, or central and recurring themes, throughout the Old Testament include steadfast promises, redemption, and mercy, all of which Rahab experienced. These same themes, evident since the beginning, would flow throughout the rest of the story of God’s interaction with his people right up to today!”  In Rahab’s confession and life it appears that she was led to go from “Help Me” faith to “Have Me” faith and it made all the difference in her own, and our, history.