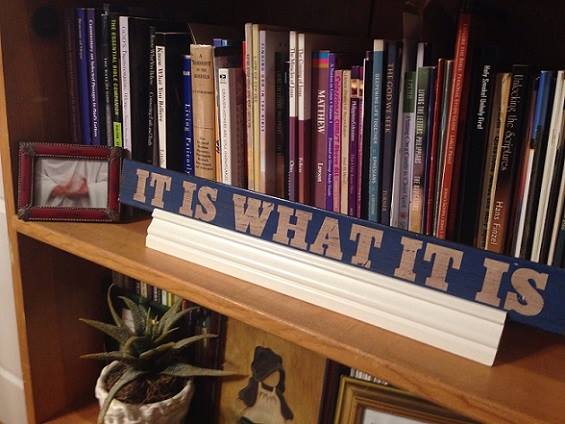 “Comprehension involves our ability to find patterns, consistency, and significance in the events and experiences of our lives.” Mike Steger
To have the ability to comprehend the patterns evidenced in one’s life, to observe and embrace the fact that there is consistency in the ways in which we think, make decisions, and behave (and be willing to change the way we think, decide and behave when we can see that our patterns have been unhelpful), and to see the significance of events and experiences of our lives requires that one be well grounded in reality. “Wishful thinking” or “magical thinking” can be very persistent.
Some examples of avoiding reality and engaging in “wishful thinking” include:
– a belief that God will simply all of a sudden miraculously set right everything in our lives and remove the difficulties or cravings…..
– or that everyone will love, approve of, and accept us….
– or that we will never encounter problems or face challenges if we just believe in Jesus enough and do the “right” things…..
-or that conflict is “bad” and must be avoided at all cost…..
-or that failure is the worst thing that can happen, or the fear of failure is reason enough to not try…..
-or that God will allow us to continue in the things we do not want to give up, even if they are against his will and Word, as long as we bargain with God and do just enough to be able to justify to ourselves that we are “good” people, which simply means that we know people who do worse things than we do.
-or that other people will not or cannot change, or conversely, that we have the power to make them change or the right to demand that they change.
There are a number of ways to foster change. But change generally happens when one is finally uncomfortable enough with the status quo to try something different. Sometimes help is needed. One may need help to be made to feel uncomfortable. That’s where Reality Therapy can be helpful. Developed by William Glasser in the 1960s, RT focuses on what Glasser calls psychiatry’s three Rs: realism, responsibility, and right-and-wrong, rather than symptoms of mental disorders. Reality therapy maintains that the individual is suffering from a socially universal human condition rather than a mental illness. It is in the unsuccessful, self destructive, or socially inappropriate attempts at attainment of basic needs that a person’s behavior moves away from the norm. Since fulfilling essential needs is part of a person’s present life, reality therapy does not concern itself with a client’s past. Neither does this type of therapy deal with unconscious mental processes. In these ways reality therapy is very different from other forms of psychotherapy. (Quick view from Wikipedia) It seeks to deal with what “is” in the present moment’s circumstances of one’s life.
The reality therapy approach to counseling and problem-solving focuses on the here-and-now actions of the client and the ability to create and choose a better future. Typically, clients seek to discover what they really want and how they are currently choosing to behave in order to achieve these goals. According to Glasser, the social component of psychological disorders has been highly overlooked in the rush to label the population as sick or mentally ill. Reality therapy attempts to separate the client from the behavior. Just because someone is experiencing distress resulting from a social problem does not make him sick; it just makes him out of sync with his psychological needs. Spiritual, psychological, emotional, and social education can help recalibrate one’s understanding of the “reality” in which she lives and help her obtain that which she needs to feel “whole” and “balanced”.