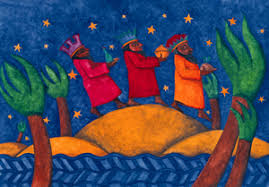 A friend of mine is having an Epiphany party on January 6th,  the day that Christendom celebrates the arrival of the wise men of the East at Bethlehem to worship the newborn King,  the Incarnate God, Jesus Christ.  She asked me to prepare a devotional on the three gifts that she could share.  Those coming to the party will bring a gifts that will be presented to Titus 2 Partnership, Inc.’s women’s life recovery ministry.  It is her hope that reflecting on the gifts of the wise men will provide a special meaning to this celebration that concludes the Christmas Season.

Gold, Frankincense, and Myrrh-   Gifts of love, devotion, and service for a king, priest, and prophet.

Gifts often have symbolic as well as practical value.  Gifts generally reflect, too, some knowledge by the giver of the person to whom the gift is given or reflects the high esteem in which the giver holds the recipient.   In addition to the honor and status implied by the value of the gifts of the magi, scholars think that these three were chosen for their special spiritual symbolism about Jesus himself.

Gold, frankincense, and myrrh-  the three gifts that the wise men brought to Jesus are valuable items and appear to have been standard gifts used to honor a king or deity in the ancient world: gold as a precious metal, frankincense as perfume or incense, and myrrh as anointing oil. In fact, these same three items were apparently among the gifts, recorded in ancient inscriptions, that King Seleucus II Callinicus offered to the god Apollo at the temple in Miletus in 243 B.C.E. The Book of Isaiah, when describing Jerusalem’s glorious restoration, tells of nations and kings who will come and “bring gold and frankincense and shall proclaim the praise of the Lord” (Isaiah 60:6). Although Matthew’s gospel does not include the names or number of the magi, many believe that the number of the gifts is what led to the tradition of the Three Wise Men.  The Magi had surely read Moses’ promise of the coming Prophet (Deuteronomy 18:15), as well as David’s promise of the coming Priest (Psalm 110:4), and Daniel’s promise of the coming King (Daniel 9:24-27), and when they saw Him, they fell down and worshipped Him, presenting Him with the three most fitting gifts of worship available in the world.

GOLD–      Gold, a precious metal that retains its value even when the value of other things has fallen, is a symbol of divinity and kingly sovereignty.   It is appropriate for both honoring a king and worshipping God. The essential symbol identifying a king was a golden crown.  God is the ultimate Sovereign and His Son is the King of kings (Revelation 17:14). Therefore, gold is fittingly appropriate.

The Ark of the Covenant representing God’s very presence with his people was covered with gold.  In the wilderness under Moses, God told his people to build a tabernacle in which He could “dwell among them” (Exodus 25:8).  They were to follow God’s instructions in building the tabernacle and its furnishings, many of which we either made of gold or overlaid with it.

The same was true on an even larger scale in the temple built by King Solomon later in Jerusalem.  Again, there was gold everywhere (1 Kings 6:21-22). But the tabernacle and the temple, as beautiful and meaningful as they were, were merely physical representations of God’s future home in the hearts of all His people. The heavenly city, New Jerusalem, will be made of gold (Revelation 21:18, 21).

Gold has also been used as a symbol of love. For example, gold is commonly used to make wedding rings, symbolizing eternal love in marriage.  It also symbolizes spiritual and heavenly, divine love. It is mentioned throughout the Bible associated with honor and reverence. It is appropriate that gold would be among the gifts given to Jesus, the Messiah who would be a king.

FRANKINCENSE–      Frankincense, too was highly valued in Israel and other nations of that time, used especially for medicines, in­cense, and perfumes.  Contemporary studies on the use of frankincense in treatment of arthritis validates traditional uses of frankincense as an herbal remedy in communities of North Africa and the Arabian Peninsula, where the trees that produce this aromatic white resin gum grows.  Incisions made in the source tree’s bark allow the gum to flow out.  It is highly fragrant when burned and was used in worship as a pleasant incense offering to God (Exodus 30:34).  Frankincense is a symbol of holiness and righteousness.  It is specifically included in God’s instruc­tions for the services of the tabernacle (Exodus 30:23, 34). The use of frankincense was commanded as a primary ingredient of the incense that kept burning in the tabernacle and also in connection with the meal offering.

David prayed: “Let my prayer be set forth before Thee as incense” (Psalm 141:2). As the smoke of the burning offering ascended up from the altar, so the people believed their prayers would go up to God with it, and it would be a sweet savor to Him. The typological meaning of burning incense as prayer rising up to God is seen even in the prophecies of Rev­elation. John saw “golden vials full of odors, which are the prayers of saints” (Revelation 5:8). This surely gives us a clue as to the real signifi­cance of burning incense (especially its chief ingredient, frankincense) ris­ing up to God’s throne. We pray, on the basis of the sin-cleansing sacrifice of the Lamb of God, and our prayers of sacrifice rise up to the throne of God by way of the indwell­ing Spirit of God.

In the Old Testament figure, the High Priest served as the intermediary, but now Christ forever serves that role for us: “For there is one God, and one mediator between God and men, the man Christ Jesus” (1 Timothy 2:5; see also Hebrews 7:1-8:6).  How wonderfully meaningful was this gift of frankincense to the child in Bethlehem!  Not only is He destined to be the great King, but also our eternal High Priest and mediator before the throne of God.   He conveys our prayers, and our very souls to God.

MYRRH–        The third gift was myrrh. It, too, is obtained from a tree in the same manner as frankincense. Myrrh is an aromatic resin that has also been used for thousands of years in incense, sacred oils, and perfumes, as well as in medicines.  It is a spice that was also commonly used in embalming. It was sometimes mingled with wine as a drink.  As such, it may have been used for medicinal purposes, such as the drink offered to Jesus when He was about to be crucified, as a stupefying potion (Mark 15:23). Matthew 27:34 refers to it as “gall.” Myrrh symbolizes bitterness, suffering, and affliction.  Its first use in the Bible suggests its primary use was in the holy anointing oil. The priests were to be “anointed” with a divinely-designed oil, the main ingredient of which was myrrh. The formula for the sacred anointing oil is described in Exodus 30:22-33.  Special ritualistic anointing was also applicable to kings and prophets. For example, Samuel anointed Saul and later David to be king over Israel (1 Samuel 10:1; 16:13; Psalm 89:20). God told Elijah: “Elisha…shalt thou anoint to be prophet” (1 Kings 19:16).   The primary role of the prophet is to bring the word of God to the people of God in a timely and clear manner.   The use of myrrh conveys consecration to active service to the Lord – Christ serving humanity through his atoning work on the cross and, by his example, us serving one another.

Myrrh is referenced in Psalm 45 which eulogizes the Messiah (“the Anointed One”). Jesus is pictured in this psalm as about to leave the palaces of heaven for a mission to Earth with a “tongue” like the “pen of a ready writer” and with grace “poured into thy lips” (Psalm 45:1-2). He has beautiful words from God (Hebrews 1:1-2); in fact He is the Word of God (John 1:1, 14)!  The myrrh acknowledges the role of Christ as a prophet to God’s people.

In summary, the gifts of gold, frankincense, and myrrh that the wise men offered to Jesus symbolize giving of one’s entire self to Jesus Christ:

With the gift of gold for Christ the King one offers the love in our hearts to the Sovereign Christ Jesus.

With the gift of frankincense one offers devotion to the truth as we offer our minds in prayer through the Great High Priest Jesus Christ.

With the gift of myrrh one offers the service of one’s hands to Jesus Christ, our great Prophet and Teacher whose service to us reconciled us to God, brought salvation, and showed us how to live according to God’s Word.

Whether or not the wise men themselves understood the full spiritual significance of their gifts, for Christians today they symbolize offering one’s entire being, heart, head, and hands, to the Lord Jesus Christ.

“Gold and Frankincense and Myrrh” by Henry M. Morris and Kathleen Bruce