When I was a pre-schooler and in primary grades during the late 50’s and early 60’s my best friend, Beth Palmer, and I would roller skate together.  Her home was in a busy downtown area and had no sidewalk readily available.  My family lived on a quiet street that, though it had no sidewalks, was safe for supervised bicycling and roller skating.  Later my family lived on a main thoroughfare but with sidewalks that extended for several miles and we had a wide and long paved driveway.  It was there that Beth and I perfected our roller-skating skills.

Our skates were the adjustable metal accessory-type skates that one secured to the soles of one’s shoes by lengthening or shortening the skates to fit and tightening it with a key.  Beth and I wore our skate keys around our necks tied on a shoestring.  We spent many happy hours throughout those years roller skating up and down the street.

Later, during our high school years there was a popular song during our youth, too, that used the metaphor of skates and keys called “Brand New Key” or “The Rollerskate Song” by an artist named Melanie Safko.  Wikipedia notes:

The song was  No. 1 on the Billboard Hot 100 singles chart during December 1971 and January 1972. The  song is sung from the viewpoint of a girl with roller skates trying to attract the attention of a boy:

I rode my bicycle past your window last night

I roller skated to your door at day light

I’m okay alone, but you got something I need

Well, I got a brand new pair of roller skates

You got a brand new key

I think that we should get together and try them out, you see

I been looking around awhile, you got something for me

Oh, I got a brand new pair of roller skates

You got a brand new key

I ride my bike, I roller skate, don’t drive no car

Don’t go too fast, but I go pretty far

Some people think I done all right for a girl

I asked your mother if you were at home

She said “Yes” but you weren’t alone

Well, sometimes I think that you’re avoiding me

I’m okay alone, but you got something I need

On July 22, 2013, Melanie described what she claimed was the inspiration of “Brand New Key”: “I was fasting with a 27-day fast on water. I broke the fast and went back to my life living in New Jersey and we were going to a flea market around six in the morning. On the way back …and I had just broken the fast, from the flea market, we passed a McDonald’s and the aroma hit me, and I had been a vegetarian before the fast. So we pulled into the McDonald’s and I got the whole works … the burger, the shake, and the fries … and no sooner after I finished that last bite of my burger …that song was in my head. The aroma brought back memories of roller skating and learning to ride a bike and the vision of my dad holding the back fender of the tire. And me saying to my dad …“You’re holding, you’re holding, you’re holding, right? Then I’d look back and he wasn’t holding and I’d fall. So that whole thing came back to me and came out in this song.”

While some people interpreted it through a sexually-themed double entendre, it really was simply a tribute to sweet memories of childhood.

Melaine said, “I wrote it in about fifteen minutes. I thought it was cute; a kind of old thirties tune. I guess a key and a lock have been Freudian symbols…………there was no deep serious expression behind the song, but people read things into it. They made up incredible stories as to what the lyrics said and what the song meant. In some places, it was even banned from the radio.  My idea about songs is that once you write them, you have very little say in their life afterward. It’s a lot like having a baby. You conceive a song, deliver it, and then give it as good a start as you can. After that, it’s on its own. People will take it any way they want to take it.”

Twenty-five years later the song came back to my mind at a time when I was in a cooperative venture with other lay people and clergy in working a retreat.  The imagery of the necessity of the “key” for the “skates” to work properly presented itself to my mind from somewhere deep in my memory at a time when I was reflecting on the complimentary roles that laity and clergy had in a specific situation in which one woman’s relationship challenge and moral dilemma was resolved through the combination of lay and clergy involvement in counseling her.

I had been reflecting on the story in  Exodus 17 in which Moses is standing watch over the battlefield of Rephidim as Joshua is engaged with the Amalekites. As long as Moses kept his arms raised high, the Hebrews prevailed. When he grew weary and his arms dropped down, the tide of battle turned in favor of the Amalekites. So, assistance came…..in the form to two helpers who sat him down on a stone, standing on either side and supporting Moses’ arms.

Aaron, Moses’ natural biological brother, of the tribe of Levi, was a trained and equipped priest. For the Hebrews, the priest’s knowledge and wisdom led them to look to such a person for many matters of importance in the community…. spiritual, sacramental, relational, legal, even medical. He was the “white collar professional” of his day….the one set apart and trained for leadership.

Then there was Hur, who was from the tribe of Judah. We don’t know a lot about Hur. Rabbinic tradition holds that Hur was the son of Miriam and Caleb, making him a nephew of Moses. We do know from Scripture that Hur was the grandfather of Bezalel, whom God gifted with skill and talent in craftsmanship and anointed with his Spirit for the task of constructing the Tabernacle. In keeping with a traditional pattern of fathers passing vocational skills to sons, perhaps the men of Bezalel’s family, including Hur, were skilled in such crafts as sewing, construction, metal work, and more. Hur is referred to in Exodus 24:14, along with Aaron, as a leader to whom the Hebrews are directed by Moses to go to for guidance while Moses is up on Mount Sinai where he received the tablets with the 10 Commandments from God. Hur disappears from the Exodus narrative after that. In later genealogies, one of his sons is noted as the founding father of Bethlehem. When the Golden Calf is constructed by the impatient people in Moses’ absence, only Aaron is cited as being complicit. Speculation by Jewish Talmudic historians has been that Hur may have been killed in an attempt to prevent the people from such a vile act against God. Perhaps Aaron, intimidated by the murder of Hur, complied with the popular demand to create the idol out of fear for his own life. This might also point to Hur having had some influence or authority over management and use of resources. I have tended to think of Hur in terms of pragmatic problem solving, of being skilled in craftsmanship like his grandson, and having the respect of the priests and the people so as to be credible in leadership alongside the priests.

It was during those few days in counseling with a distressed wife whose husband had been unfaithul and who, in her anger and hurt, was dangerously contemplating similar conduct.  God showed me the Exodus image of Aaron and Hur holding up the weary arms of Moses.  It spoke to my heart about the different ways in which God’s people need to be supported in spiritual formation and spiritual battle.  The theological, spiritual and sacramental perspective of a trusted pastor brought to bear God’s perspective in his Word on what was righteous and holy, convicting her about her reaction to her husband’s betrayal.  Then, through personal experience, the perspective of behavioral science, equipping in self-awareness and self-care I was able to talk to her about the danger of the direction her emotions were taking her.  It didn’t help, either, that her mother had had mental health issues for years (and had engaged in frequent promiscuous behavior,) something this young woman was ashamed of, but also feared.   This young wife and mother might well have been at risk for repeating history if she had not been able to “come to her senses” and rein in her anger and  desire to use sexuality for a power play and retribution.

This experience and the insights of how the two of us “double-teamed” her to help bring her back to a healthy and balanced view of next steps after a painfully traumatic season in her life has,  in part, guided my understanding of my call to ministry as a Christian counselor and educator. I am, because of my own experiences and counseling education, able to be somewhat of a “technician”, a peer-helper, an assistant in problem-solving………. a “Hur” .   When the theological, spiritual, and sacramental perspective is brought to the process, too, ……..being an “Aaron”…..the battle is far more likely to be won and soundly so! 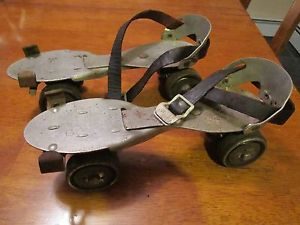 One without the other is like having skates without a key or a key without the skates.  The two of them together provide stable footing and the ability to go the distance.