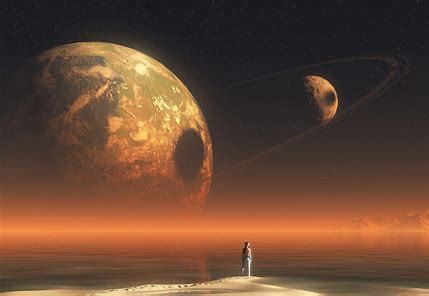 A friend of mine had posted this on her Facebook page this week:

“My good buddy, who is a Master Sergeant is the U.S. Army just informed me that he just left a briefing (this morning) where he was told that our government will soon be making public the fact that UFO’S and ALIENS do, in fact, EXIST because they can no longer hide it.

For the record: I believe there are ET’s walking among us as “beings from other unfallen worlds” are mentioned several times in the Holy Bible.”

If extraterrestrial aliens are real, then I have to believe we are on the cusp of a revelation that is going to affirm the existence of God and that “every-knee” thing is about to get real. If such beings intended to wipe us out they could easily have found the reason to. God already worked supernaturally once to give us an example and a warning in the kindest, most compassionate, least invasive way imaginable in Jesus Christ. But mankind has largely been too ignorant and self-willed to take heed. The Way seems to be losing ground in today’s culture. I don’t know if space aliens are real, but I sure fire know God is! And if they are real, then God has a purpose in revealing them now…. Remember, God’s messengers, his created angelic beings, can appear in any form he chooses.The Bible tells us to be hospitable to strangers, for in doing so some have entertainined angels without knowing.  I would call them “extra-terrestrial beings”! Too many would rather believe in space aliens than an almighty creator of the Universe? Well, ok. God will give us what we want, just like he allowed the children of Israel to choose a human, King Saul, (who turned out to be jealous, self-reliant, disobedient and crazy as a loon) rather than be obedient and trust in God for instruction, protection, and provision. I’m not afraid of extraterrestrial life. I plan to BE LIVING in the midst of extra-terrestrial life, some day! This is not anything that cannot be explained if we truly understood God’s Word and the majesty and superiority of his mind!

What if…… UAP (unidentified aerial phenomena), as they are now called by our military, are simply incidental incursions of beings from another dimension that are observed in ours, either intentionally or unintentionally…or that God is permitting more and more experiences of such things by people in this dimension to see into another dimensional realm, however briefly or incompletely, in order to facilitate our “discoery’ and understanding of the larger more complex reality of which we are but a part.

It all depends on the foundation of the paradigm that defines your reality.  Mine is that of a majestic, omnipotent, good, an ccaring Creator God who has all things in his hands.  It won’t be much longer  We’ll get the “big picture” view someday in this realm or the eternal on that comes next.