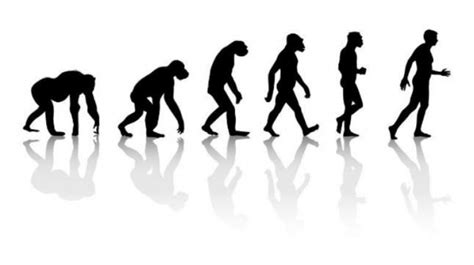 I read a social media post on looking to the church for moral leadership instead of political leaders  Even looking to some churches, or to the views of the universal church “majority” for moral leadership can be problematic at certain times in history.  A little history lesson on religious liberal progressive “white guilt” (and why all Christians are implicated by association) is evidenced in an article by Dr. Riley B. Case this week, excerpted here:

“Fundamentalist and traditional Christians pushed hard against Charles Darwin, his Origin of the Species, and his views on evolution. Darwin wanted not only to explain how the species got to be what they are, he also was interested in why some races of humankind seemed superior to other races. He and his followers then reasoned that if humankind evolved to what it is today, with scientific planning it could evolve faster to an even better future. The key was in selective breeding. This was the beginning of eugenics.

Darwin’s cousin, Sir Francis Galton of England, took eugenics to the next step. Galton was more specific about the races he wished to improve – the white European peoples. Africans and Native Americans were inferior. The strategy: encourage more valued persons to marry and have families; discourage the less fit from having children. Survival of the fittest was incorporated into social planning which then led, in order to help the process along, to forced sterilization and marriage laws limiting marriage between white and nonwhites. A number of states passed laws supporting sterilization and prohibiting racial intermarrying. Eventually 60,000 “less desirable” Americans would be sterilized. When these theories were picked up and expanded by the Nazis in Germany, extermination was added to sterilization. Eventually 350,000 individuals were sterilized by the Nazis and millions actually exterminated.

In the meantime, some supporters of eugenics were arguing, mostly against conservatives, that charity thwarted the process for better breeding. Churches which fed and cared for the poor and the weak were slowing down the eugenics cause by helping the less fit to survive, reproduce and thus perpetuate inferior genetic strains.

Eventually the horrors associated with the Nazis and their strategies to develop a super race did in the eugenics movement. (Except that by the end of 20th century abortion had been legalized and broadly implemented and was being carried out within the progressive agenda in such a way that more black babies are being aborted than are being born.)
Resolution 3183 (2016 Book of Resolution, pp 232-236) entitled “Repentance for Support of Eugenics,” is a formal apology by the United Methodist Church General Conference for the church’s involvement in the advocacy of eugenics, the practice or advocacy of controlled selective breeding of human population (such as sterilization) to improve the population’s genetic composition. Eugenics flourished from the time of Darwin through Hitler and World War II. It was entirely, at least in the United States, identified with a progressive agenda. It was opposed by religious fundamentalists.

The UM resolution of 2016 is badly wrong at one important point. It implies that traditionalists and evangelicals, along with the modernist (i.e., progressive) Methodists, also supported eugenics. This is simply not true. Within Methodism there were no major fundamentalists or evangelicals or holiness persons in the church who supported eugenics.

The eugenics movement fit well into the progressive religious agenda which was, in the early 20th century, to build the Kingdom of God on earth. This so dominated some segments of the church that even the hymnal was affected. In the 1935 Methodist hymnal the church was introduced to hymns such as this: These things shall be: a loftier face, Than e’er the world hath known shall rise…” (# 512). American progressive church leaders flocked to the cause and supported eugenicists like Margaret Sanger, founder of Planned Parenthood. Sanger has a number of choice quotes. One of them: “The government should give certain dysgenic groups in our population their choice of segregation or sterilization.” One strong eugenics advocate was Rev. Harry F. Ward, founder of the Methodist Federation for Social Action (MFSA) who said that Christianity and eugenics were compatible because both pursed the “challenge of removing the causes that produce the weak” (See Resolutions, 2016, p. 234). A number of progressive bishops supported the cause including Bishop Francis McConnell, who chaired MFSA for a number of years. Evangelicals of all denominations who objected to this agenda were considered obscurantists. This is a point made by Christiane Rosen in her excellent study Preaching Eugenics: Religious Leaders and the American Eugenics Movement (Oxford University Press, 2004).

Adapted from article this week: “MEMORIALS, EUGENICS AND GRACE”  By Dr. Riley B. Case

(In 2016, in addition to the UMC’s apology for prior involvement in support of eugenics, traditionalists in the UMC succeeded in getting UMC funding and participation in a liberal pro-abortion coalition discontinued. However, it is reported that liberal progressive UMC agencies have continued association with that coalition in defiance of the General Conference’s action. Traditionalist Christians, committed followers of Jesus Christ, have long fought for just treatment for all, born and unborn. Darwin’s “scientific” observations and theories became the basis of a subtle, warped, and brutal continuation of previous centuries’ physical “enslavement” but through more highly “evolved” discriminatory human genetic and social engineering through political agendas that brought us to the current “awakening”. When history remains denied or hidden through ignorance or deception, many suffer.)

Disclosure: Parenthetical insertions above are those of Cathy Byrd, a conservative Methodist with  known objections to the progressive elements of United Methodism.                        7-11-20  CBByrd