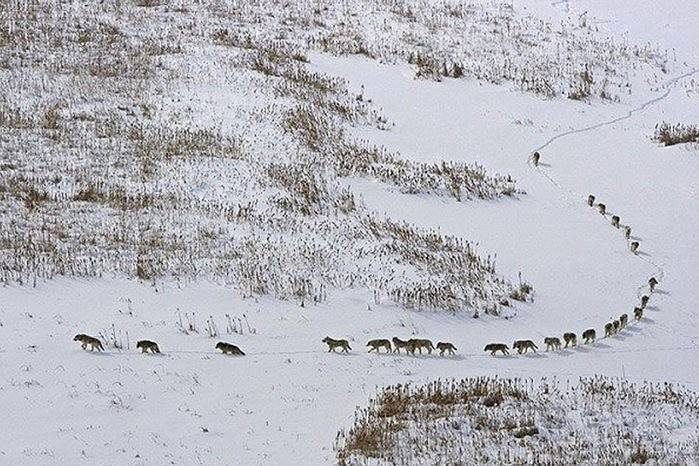 It’s been a challenging week with women at the Titus 2 residence…….personality conflicts, rules broken, etc.  I had finally had enough yesterday and imposed some discipline.  I was at a loss in some ways to figure out exactly where the source of the problem was.  it actually seemed to be rooted in 3 of the 6 personalities.  I asked God for wisdom to know what to do.  If I couldn’t get some clarity, I would simply have to get 1 or 3 of them out of the house.

Then I had a very real-feeling dream about 4 am this morning.  In my dream it was also about 4am.  In the dream I heard the doorbell ring.  Bill got to the door first.  I was standing in the living room in my robe.  When he opened the door about 5 dogs (only 1 of which I knew and none of which were ours).  The 5 dogs were with one of the women from the house who seemed delighted with the dogs running into our house and making a shambles of things.  It was a very brief and vivid dream.  Bill and I were scrambling to herd them back out the front door.  I didn’t see our dogs anywhere in the dream.  Perhaps it is because we have begun to crate them at night.

My level of annoyance with the pack of dogs running wild in my house and trying to get them out the door felt very real.

As I awakened I reflected on the meaning of this dream.  It was shortly after 4am.  I knew it had an insight I needed to grasp. I thought about it again later in the morning.  I had a meeting scheduled with the woman I’d seen in my dream with the pack of dogs.  Suddenly it dawned on me.  The dream was revealing something about her personality that was having an impact on the household at Titus 2.  And not just her alone, but 2 other women in the house have the same personality trait illuminated in this dream, but to a lesser degree.

All three of the women have 2 modes-  lone wolf or alpha leader.   The 3 of them have competed at different times for the alpha leader role in the house, and in each case it has created conflict with the other 2 alpha personalities.  When this particular woman seemed to be coming up short in holding the alpha leader position in the house, she had shifted to lone wolf….distancing herself from everyone else.  All of a sudden I could see the dynamics that had been at work.  This particular woman is not averse to conflict, even seems to enjoy it somewhat, and will “turn the dogs loose” if she is not getting what she wants.  Wow!  When I met with her, I did not tell her about my dream, but I did discuss the concepts with her and tearfully, she acknowledged that it did seem to be how she handles personal interactions.  If the group doesn’t affirm and respect her, she distances from them, but leaving a lot of hurt feelings in her path.  It was an enlightening conversation for both of us.  I pointed out to her that the other 2 women with whom she has had repeated conflict have similar patterns.  No wonder there has been so much drama in the house!

Now that I had some insight into what was going on, I felt equipped to better deal with it with each woman individually.

It is amazing how God provides answers to my prayers for wisdom on how to manage some of the women that come to Titus 2.