Bill sent this out today to his children, his best friends, and me.  He had seen this youtube video.  It reminded him of his Dad and his Dad’s advice to him through the years.  His Dad died when he was 23.  Our son, Billy, was 1.

Started watching this and broke down into tears.

The wisest man I ever knew was my Dad, a 7th grade dropout. A autoworker on the line. He always said “ I respect anyone who works for a living”. When my dad was dying of cancer, I would drop by to see him in the middle of a weekday to visit and he said “ are you goldbricking (look it up)”? On his death bed he was still pushing me to work hard and long. Never be late. My dad pushed me to get a degree. Still weeping. Still miss my dad. 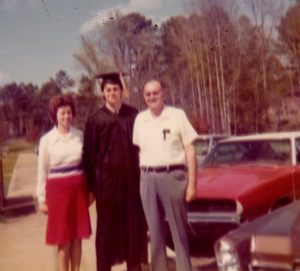