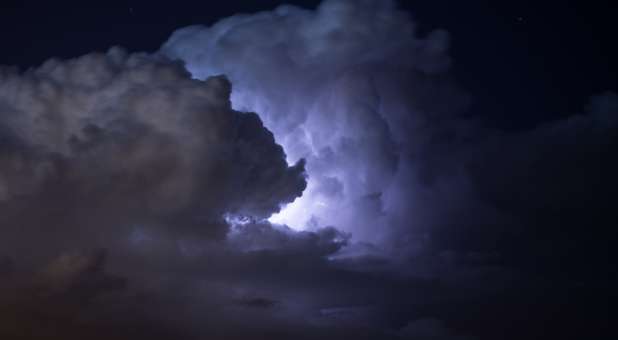 There are moments when one sees a situation playing out in a way that looks so familiar it almost feels like deja’ vu. But the second time through a sudden awareness dawns: this is a spiritual attack.

It had all the same preceding characteristics…… rapid onset of multiple emotionally stressful events which, in the past, would have sent the person affected running from the situation and lapsing into old behaviors, having destroyed months of recovery work. But because of strong community support and serious recovery work, including having just completed her relapse prevention plan, old behaviors were not acted out.
In this case, the stressful emotional circumstances were accompanied by an additional event that on casual observation would appear “coincidental.” The individual was on a psychotropic medication commonly used for a long-standing diagnosis. It had been working well for her for quite a while. Because of the nature of the medication and what is deemed its therapeutic level, the medication was increased significantly at the individual’s regular monthly appointment. After the third day’s dose, the individual arrived home at the end of the day and reported having had significant physical symptoms of distress for at least 12 hours – GI distress, muscle weakness, headache, tremors, agitation, slurred speech, and more. I had seen this pattern before…… symptoms that strongly suggest toxic levels of the medication. As the evening progressed, the symptoms were worsening, and as I talked to this person, I suggested we call the office of the prescribing physician and we were told there was no way to contact him, so I took her to the emergency room to be safe, as the risk of long-term damage from potential toxicity is significant.

There was no one in the ER waiting room, an almost unheard-of situation. The parking lot had plenty of space. The staff was prompt and efficient in settling her into a bed. The ER doctor was kind and took a good history. He ordered bloodwork and a radiologic procedure to assess a particularly painful tender spot. Cardiac status assessed, IV fluids were started, and vital sign monitoring began.

After about two hours, the reports came back. Thankfully, there was no evidence of a toxic level of the medication. There was, however, a deficiency of a key mineral which was treated with immediate IV supplementation, although its deficiency did not explain the symptoms. As we talked, the doctor reported that other than that easily- treated deficiency, all diagnostics were good. The “worst case” toxicity scenario that the symptoms suggested was not evident. We discussed possible reasons for the symptoms…… destabilization that resulted from the recent significant increase in dosing her medication, perhaps the sudden onset of a GI virus coincidental with the medication dose change, stress, and dehydration….. but basically he said, “I don’t know what has caused the symptoms, but there is nothing alarming on which we need to act.” She was discharged with instructions to follow up with the mental health provider who had increased her medication and with her primary care provider this coming week. She was discharged feeling as shaky, weak, headachy, and sick as when she arrived, but with both of us confident that she wasn’t in danger of adverse neurologic or hepatic consequences and with something to ease the nausea.

Upon arising the next morning she felt as sick as the night before. But I had a thought come to me as I awoke at home …..a simple thought: “spiritual attack.” I went to see the individual, taking along some fruit juice. I told her to get out of bed, shower, sit up, have some diluted juice and let’s talk. We reviewed the last 4 days….. some decisions she had been working through, the emotional blows that she’d endured this week, and how she had not succumbed to old ways of responding. I reviewed with her the unexpected increase in medication that she questioned but the doctor assured her was needed and the stress she had felt and had expressed to me and a couple of other people in the previous 36-48 hours. It dawned on her what I was directing her thinking toward….. spiritual attack. Her eyes got big and she said, “I had thought about that, too!” We both agreed that satan apparently had not liked that he could not rattle her into running and relapse with the stress and the emotional assaults alone. So he attacked her physically…….. destabilizing her in a way that brought further distress and fear.

While we had prayed for her, we had also done the prudent thing in checking out the medication status, relieved to discover that the significantly increased dose had not tipped her into toxic levels.
As we talked about it, she was grateful that events that would have triggered addictive behavior in the past had failed to do so this time. In fact, she said it never even occurred to her. She was distressed but she had felt no craving or desire to run. She felt acutely emotionally unbalanced, but she sought out trusted confidants and prayer. She responded to the physical discomfort by persevering through her workday, then with cooperation and caution with medical evaluation to assure it was not dangerous.

Within hours she was returning to her energetic, laughing self and off to grocery shop with a friend. She had weathered a serious spiritual, emotional, and physical ambush by the enemy over the previous 4 days and survived to realize that she has an entirely new set of internal and external resources with which to combat the difficulties inherent in life.

This is the second time in 4 years I have seen almost exactly the same situation in two different women ….. multiple emotional stresses, the same mental health medication, physical symptoms suggesting toxicity without diagnostic confirmation, and rapid recovery when the ploy failed to lead to old ways of response in women who are learning new ways of responding to challenges.

Why does it sometimes take so long to recognize this particular swirl of tools of the devil? This is one reality of working with women with co-occurring mental health and addiction disorders ……the difficulty of teasing out what’s really at work….. chemical addiction triggers, mental health imbalance with medications, stress, lack of emotional literacy or lingering denial and resistance to talking out what is going on with others, or the one least often suspected….plain old spiritual attack. One thing is for sure, satan will use all kinds of circumstances in an attempt to shake one loose from her growing faith and trust in God’s goodness and grace. Faith community support, prayer, and a growing armamentarium of other relapse prevention plan tools can get one through it.

It is helpful to experience an all-out spiritual attack within a relatively safe environment of supportive community, to survive it, and to know that one has been strengthened through her personal relationship with Christ, the recovery work she has done, and friends who love and encourage us in times of distress.