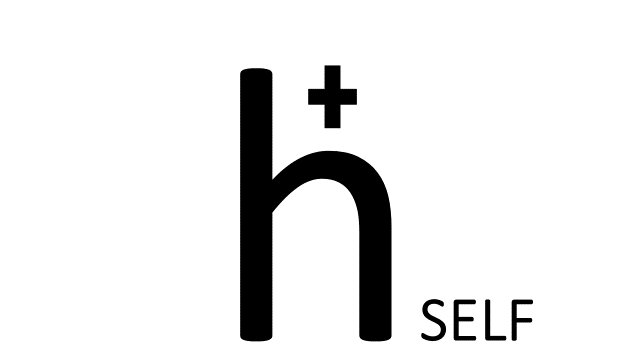 Reprise On Being an EGR (Extra Grace Required)

At least two or three times a week I check in on my weblog, www.disciplerofself.org, as I prepare a post.  There is an application with it that keeps stats on visitors to the weblog…no names or emails or any identifying data…..just numbers of people who check it out.  It’s not a high volume enterprise, or an enterprise at all…….just the ponderings of a heart that desires connection with God and others and to share how those connections affect me and those I love.  It’s really more of a journal for me than anything else.  Some family members and a few friends check it out occasionally.

On February 25, 2008 I had written a blog post entitled “On Being an EGR….Gracefully.”  For some odd reason, it popped up today as the most viewed post….8 views.  I can’t imagine why anyone, much less 8 someones would be going back that far in my weblog and come up with that one to look at.  Just odd…..

The date of that post in 2008 was at a point before I made the decision to pursue ordination as a deacon, a decision that was made over the summer and early fall of 2008.  The next six years were joyful in pursuit of that goal.  Then the proverbial boom got lowered with the Board of Ministry ordination interview in 2014.  It felt like, and I have described it as, an “emotional ambush.”  It was clear to me from that point on that I was not likely to get ordained.  I struggled to understand how things could turn sour so seemingly quickly.  How I became such an EGR for so many who had so much authority over my life so quickly, turned aside, and disregarded was astounding to me.  But it was clear to me pretty quickly that there were at least a handful for whom I was an EGR that would not only not be embraced warmly in the “club”, but would not even be given the time of day or tolerated for much more than as an object of their distaste and resistance.    As I have thought about that process and the last three years of feeling so embattled in something that I firmly have believed was undertaken at God’s direction and is a significant part of the call on my life, I have observed how being an EGR to some people, although it is something that has been part and parcel of my life, as my personality is not a warm, fuzzy personally endearing personality, has not generally caused me to be so shut out of pursuit of a goal by so many at one time.

Today I was reading an article on enemies by Rev. Dave Barnhart of St. Junia UMC in Birmingham.  He and I had discovered that his family shares neighboring residences on the street where my daughter has lived for 10+ years.  So his name on my regular Ministry Matters email caught my attention.  Enemies are a fact of life for followers of Christ.  That has never been a surprise to me……until I discovered how many of mine apparently are people of influence within the church.  What kind of risk do they think I represent to the church or to them personally?   Hardly any I would think, as my pond is very small and my influence quite limited.   But then Jesus is not the kind of person that one would have thought would suddenly find himself with so many enemies, either.

In the 2008 weblog I referenced a gentleman who has been long aware of his own reputation as an EGR and who, like me, found resistance, oddly enough, to his pursuit of deacon’s orders, too…..in another denomination, however, not the UMC.   I find it interesting that I have always found him so kind, gentle, insightful, servant-hearted, and endearing when many others found him an EGR.  Maybe the fact that I could see deeper than the surface and accept and love him for the good things I see in him is a function of my own similar circumstances……dismissed by those who see me as an EGR and who lack the grace to see deeper than the superficial to find anything worthy of embracing.

After I read Dave’s article on enemies  ( Check it out at :     http://www.ministrymatters.com/preach/entry/8122/the-problems-with-loving-our-enemies?spMailingID=368365&spUserID=Mzk4NTc1NjQyS0&spJobID=280247210&spReportId=MjgwMjQ3MjEwS0  ), I moseyed over to his weblog that is bookmarked in my favorites and found this poem.  It made me chuckle.  I can relate to this “messiah.”   She’s someone I would like, someone I’d entertain in my home and life, like Zacchaeus did Jesus. Someone who, like me, is an EGR for more than a few, but who, nevertheless, knows who she is and okay with being who she is.

We, as Christians, all look for the Jesus in one another, but when we find aspects of one another that do not fit our expectation of Jesus, personality attributes that shock or annoy us, we reject the person altogether, as if we are assuming that it cannot be Jesus we see.   Maybe we expect the Jesus who is in the world today to be something that not even Jesus intended.  He intended to be fully human….and he was, including having enemies who didn’t like him simply because he wasn’t what they expected.

she was a sassy bitch.

Worked retail and cleaned homes, like her mother before her.

She knew the value of a dollar,

and whose face was on each denomination

She had heard the unbeliever’s Bible verses:

A penny saved is a penny earned.

The Lord helps those who help themselves.

But she had memorized the older texts.

And no one could match her wits,

they called her a glutton and a drunkard,

a whore and a slut,

because that’s how bullies and hypocrites talk.

And when they began to fear her they called her

a bully and a hypocrite.

Said she had spunk.

“Actually,” he mansplained, “I agree with much of what she says,

but her tone is counterproductive.”

“You tell that weasel Herod,” she replied,

That’s just how she talked,

and the political men

tried to sell her out for thirty pieces of silver.

But she did not let them get close enough

to betray her with a kiss.

And when they came for her

with clubs and torches, guns and chains,

She said one little word,

And they all fell to the ground,

Because those who had prayed for her return

Were simply not ready

for all of her,