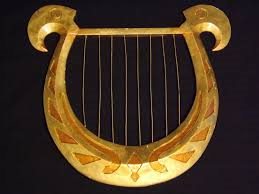 Titus 2:14 (KJV) says that Christ gave Himself to redeem us from sin and “purify unto himself a peculiar people, zealous of good works.”

Bill and I listen many mornings to the teaching of Dr. David Jeremiah at oneplace.com . Today he was teaching from Revelation 14 regarding the 144,000 witnesses bearing the mark of Christ, singing before the throne in Heaven.

“And I looked, and, lo, a Lamb stood on the mount Sion, and with him an hundred forty and four thousand, having his Father’s name written in their foreheads.
2 And I heard a voice from heaven, as the voice of many waters, and as the voice of a great thunder: and I heard the voice of harpers harping with their harps:
3 And they sung as it were a new song before the throne, and before the four beasts, and the elders: and no man could learn that song but the hundred and forty and four thousand, which were redeemed from the earth.
4 These are they which were not defiled with women; for they are virgins. These are they which follow the Lamb whithersoever he goeth. These were redeemed from among men, being the firstfruits unto God and to the Lamb. 5 And in their mouth was found no guile: for they are without fault before the throne of God.”

Revival in the midst of tribulation is understood and shown in this vision by John in Revelation 14. Out of Heaven comes a voice that cannot be ignored. This is a select choir, different from another larger choir mentioned earlier in Revelation. It is a choir of redeemed Jews who have survived a unique tribulation due to bearing the protection of Christ.

Psalm 137 is the song the Hebrews sang as they were taken into Babylon. It is a song of mourning, so they hung their harps up on trees and sang a mournful dirge or sorrow without accompaniment. There was no joy. In Heaven the 144,000 are accompanied by many harps. It is a song of joy and praise. There are angelic choirs and Gentile choirs, the choir of the redeemed……lots of music, praise, and harmony by many choirs!

Besides being a powerful musical voice, there is another characteristic of these 144,000 witnesses before the throne of Christ- they are “without guile”…..there is no pretention or deceit in them. They are “without fault.”

David Jeremiah refers back to Titus 2:14 in giving a fuller portrait of these 144,000 witnesses.

Titus 2:14 “Christ gave Himself to redeem us from sin and purify unto himself a peculiar people, zealous of good works.”
Blogger Richard Hollerman at Truediscipleship.com observes:

The term, “peculiar,” in the common language of today means, “strange; queer; odd,” or it can also mean, “uncommon; unusual,” or even, “distinctive in nature or character from others” (Random House Webster’s College Dictionary). Did Jesus die to make us “strange” or “queer” or “odd”? Definitely not. In a sense, He did die to make us uncommon or different from those in the world around us and He did die to give us a distinctive character from others. All of this may be gleaned from many passages of Scripture (cf. Gal. 1:4; 1 John 2:15-17; James 1:27; 4:4).

But this is not what Titus 2:14 is saying. The Greek term in question is periousios, which means “chosen, especial” (Arndt and Gingrich, A Greek-English Lexicon). This is why the NASB renders the line, “a people for His own possession,” and the NIV has, “a people that are his very own.” W.E. Vine notes, “The word ‘peculiar’ has come to have a different meaning from its original idea (it is derived from the Latin peculium, the share of booty allotted to a captain)” (The Epistles to Timothy and Titus, p. 168).

Ralph Earle adds, “There is perhaps no word in the KJV that is more misleading today than the term ‘peculiar.’ That English term now means ‘odd’ or ‘eccentric.’ The Greek word has nothing to do with such a caricature of Christianity. . . . When we say today that a certain person is ‘peculiar,’ we mean that he is queer, that he’s an oddball. It doesn’t bring any glory to God or the church when we try to be odd in order to prove that we are holy” (Word Meanings in the New Testament). He notes that Cremer says the term denotes “more than a mere possession” but rather means “a treasure.” The same scholar says, “Accordingly periousios is what constitutes a costly possession, a specially chosen good, that which is a costly possession.” Cremer is right. We are the costly possession of the Lord Jesus Christ. He was willing to pour out His life blood on our behalf!

What about 1 Peter 2:9? The KJV says, “But ye are a chosen generation, a royal priesthood, a holy nation, a peculiar people.” Is it true that we are a “peculiar” people? Not in the sense that this word is used today. The term is from the Greek peripoiesis, meaning, “possessing, possession, property” (Arndt and Gingrich), or “an obtaining, an acquisition” (W.E. Vine, Expository Dictionary). Accordingly, the NASB renders the phrase, “a people for God’s own possession,” and the NIV has, “a people belonging to God.” We are a “possessed” people and not a “peculiar” people–in the sense that some people use the verse. Earle observes that we are “precious” rather than “peculiar”!”

We definitely are to be different from the world because of our commitment to Jesus and His way of life. But the very fact that we Christians are special to Christ, chosen and redeemed, and made faultless by his blood makes us “peculiar” in the world, especially today.
4-30-18