As part of a discussion of the Wesleyan doctrine of Christian perfection, we have been tossing around individual perspectives on what it looks like to pursue sanctification and arrive at Christian Perfection.  One participant in the discussion observed:

“We are sanctified and are moving to perfection when there is no point beyond which we allow the Holy Spirit to change us into the image of Jesus.  As a mathematician I sometimes imagine where I might be on the number line of my sanctification process – our progress is like the non-terminating decimal number:  .99999… if we take the number 1 to be perfection –  we are ‘getting there’ – in fact there is no difference between 1 and .99999… they are both perfection.”

While I understand the example offered, and agree that .9999999….. =1 may be “close enough for government work”, as some would say, actually they are not equal and never will be. And when it comes to one’s relationship with God and conformance to the image to which God has called us, a close approximation is not enough.  As minute as the difference may seem between the two, there is still a difference.  It reminded me of a story Dr. Dobson told about a father’s lesson to his children who wanted to watch a movie with what he considered inappropriate content.  The teens argued that it was minimal and would not adversely affect them.  So he baked some brownies with a small amount of dog poop in them.  He asked his children to eat the brownies, after all it was just a tiny amount of contaminant, and the mixing and cooking of it in the brownie dough would make it not even detectable and effectively harmless, he said.  Needless to say, they rejected the idea of eating the brownies that had been contaminated.  Even a small amount of filth is still filth.  A small amount of imperfection is still imperfection.

The Lord had given me a mathematical simile to relate to the nature of attainment of perfection in love. It is not the incremental progress toward meeting the likeness of Christ as described in the .9999999999= 1, “nearly perfect” approximation that can only approach but never achieve the fullness of perfection.  If one believes that he can approach perfection, or the state of ‘1”-ness, through the route of repeating acts of piety or acts of mercy repeatedly and ranking himself by adding another “9” to dilute the impurities further until they are insignificant, then it is an illusion of perfection and not actual perfection.

The numeric representation for becoming perfected in love that God gave me can be represented by the numerical definition of the constant pi :   3.1415926…..    It is the n value, the discovered solution of the ratio found in the act of dividing the circumference of a circle by its diameter and, no matter the size of the circle, larger or smaller, the ratio that results from dividing the circumference by the diameter will always result in this constant number.  It is true that the .99999999999…..  can be repeated as many times as desired, continuing to extend indefinitely, thereby reducing the miniscule difference to a point that is, for all intents and purposes, not visibly differentiated from “1”, or perfection, as the other participant defined it.  But it will never BE “1”, only a very close approximation of the real deal.

Pi, 3.1415926…..    , is an irrational number that also continues into infinity, though not by repetition of the same number but as the found, solved, discovered constant that results from a specific process.  The Lord spoke to my heart 24 years ago and gave me a way of understanding the spiritual meaning of the numbers from 0-10.  It amounts to essentially a private numeric-based prayer language between God and me.  In the language of this private communication with God, pi is a representation of the work of the Holy Spirit in man that is available to us as a gift of God’s agape love.  It is both “irrational” and “constant” and it continues into infinity without end!   The whole number “3” being the Holy Spirit’s role as the source of the change in man who then progresses through the series of states or actions represented by the numerals on the decimal side of the representation.  The decimal side of the representation begins with “1” which represents the initial condition of the “flesh man”, who sees himself as the priority Being of the highest order, self-focused as he is on himself and his desires.  As the Holy Spirit acts within him, he moves through “4” to another “1”, which is the flesh man entering into a journey, going forward toward God, “4” being the number of forward movement in time or space, and God, who is the true priority Being, the “1”, when we come to know ourselves in relationship to God.  “1” is the First Person of the Godhead. By man’s journey toward reorientation he is changed from “1” the flesh man’s own prioritization of himself to his recognition and submission of himself to God as the true “1” priority Being. The man’s intellect or mind, represented by the ‘5”, is transformed until he attains a level of assurance or confidence (certainty), represented by the “9”.  As we continue to progress toward perfection, our minds grow in conformity to that of Christ, who is represented by the “2” (2nd Person of the Godhead” We come to know ourselves realistically as what we truly are…. “6”, the number of man, according to the Bible, no longer striving with God to occupy the position of “1” that only God can hold.  As many decimals as one would care to carry this irrational number, it will continue for as long as the man is on this side of the veil, where the Holy Spirit is the active Person of the Godhead in one’s life guiding us through the process and leading us deeper into the agape love of God, not only receiving it, but able to be conduits of it to others, as well.

Christian perfection is perfection in love, in our understanding of the true nature of love, or agape, and our ability to live into that standard more consistently.  It is the kind of love God has for his creation overall and for each of us as individuals.  It is also the kind of love Jesus exemplified in his love for humankind, especially all who come to embrace him as their Good Shepherd.  His is the ultimate expression of sacrificial love on behalf of his creation which his sacrifice redeems.

“Love” implies relationship and God has defined relationships according to a specific plan.  These slides show patterns in relationships, a simple way to visualize relational patterns, leading to understanding the pattern that Christ intends through participation in spiritually intimate and accountable community. 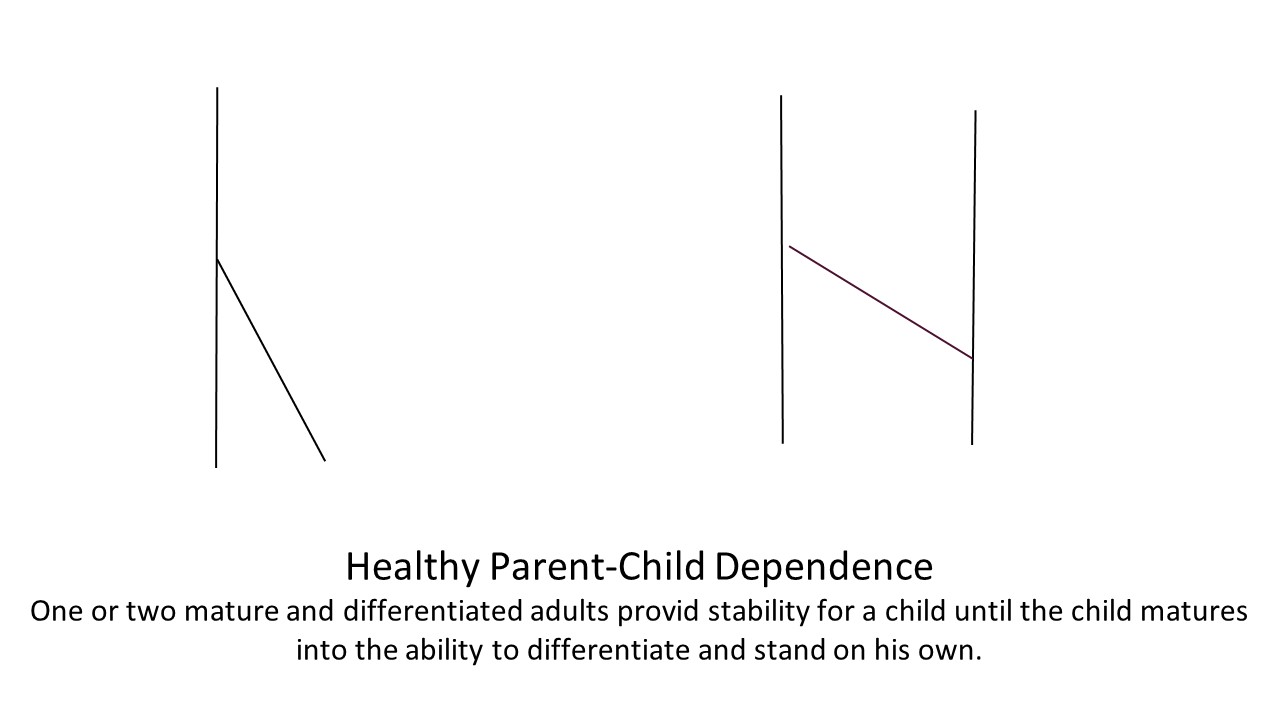 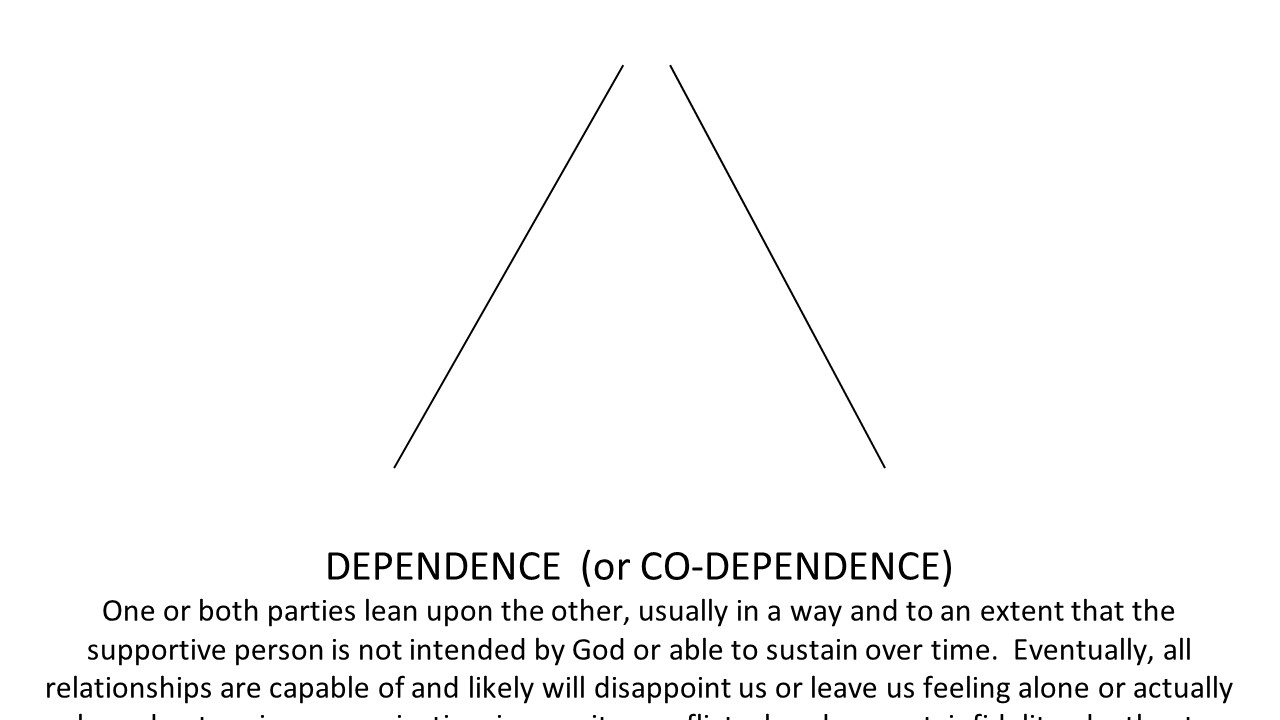 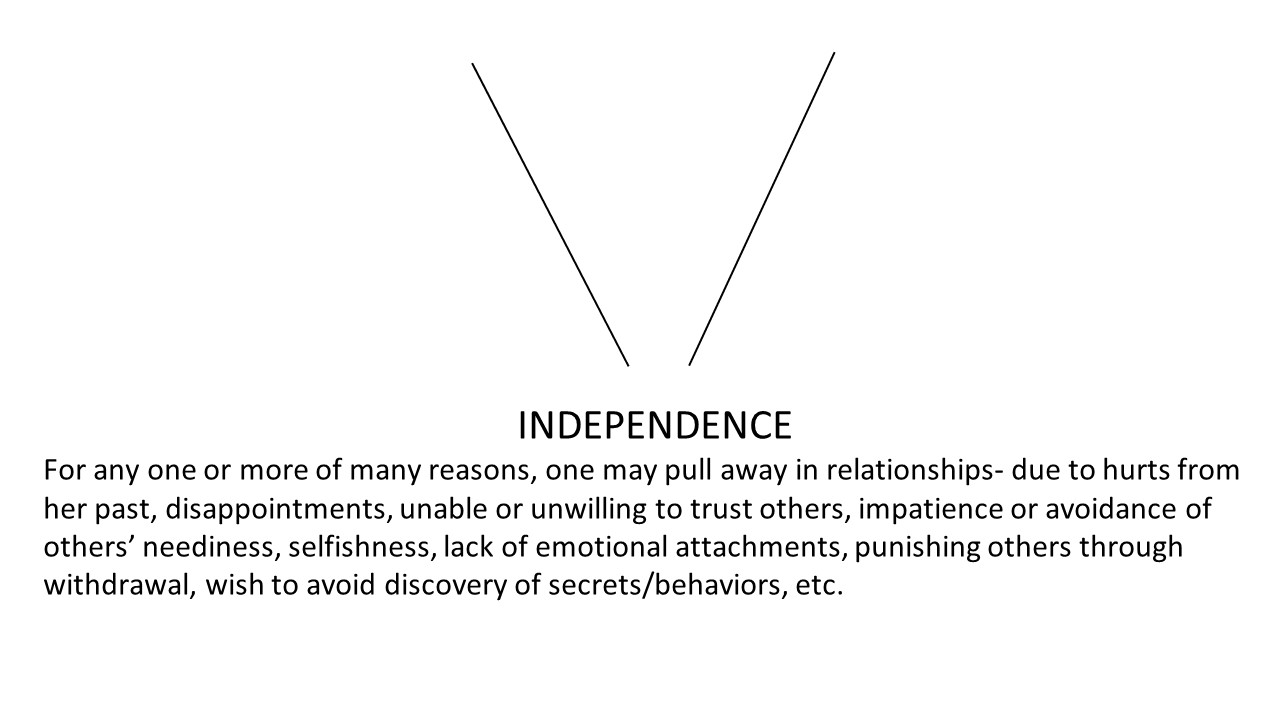 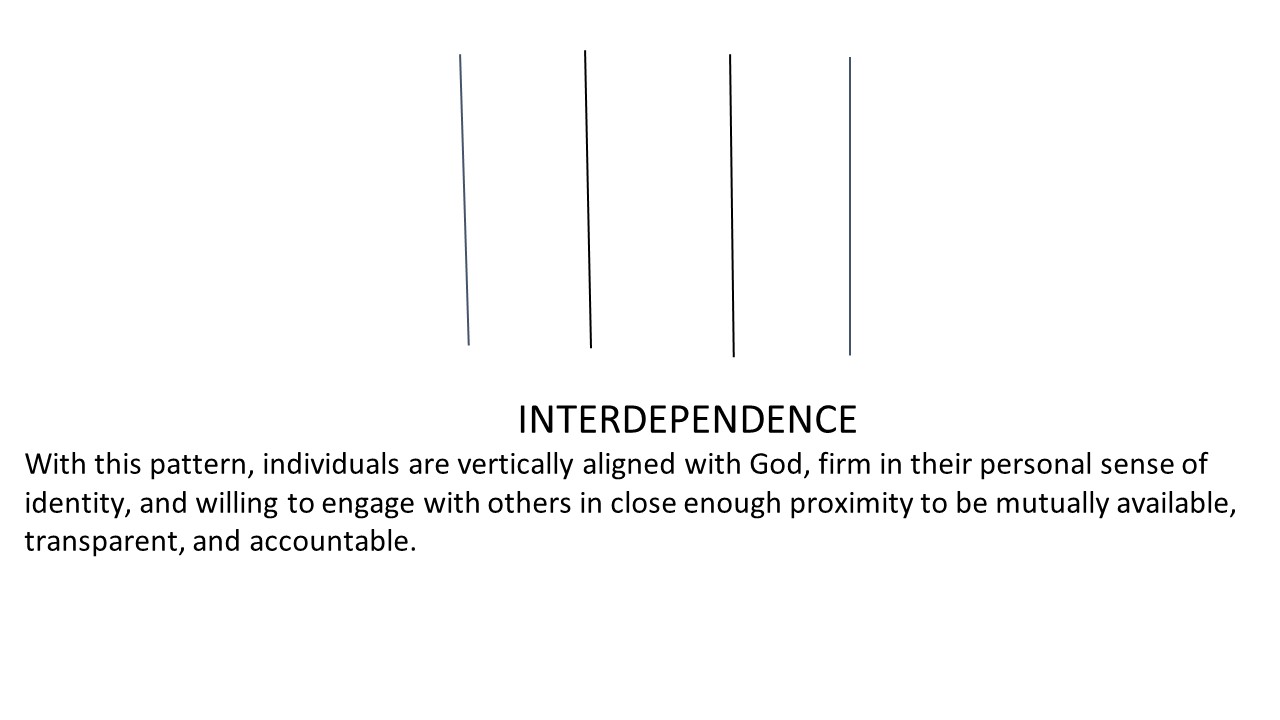 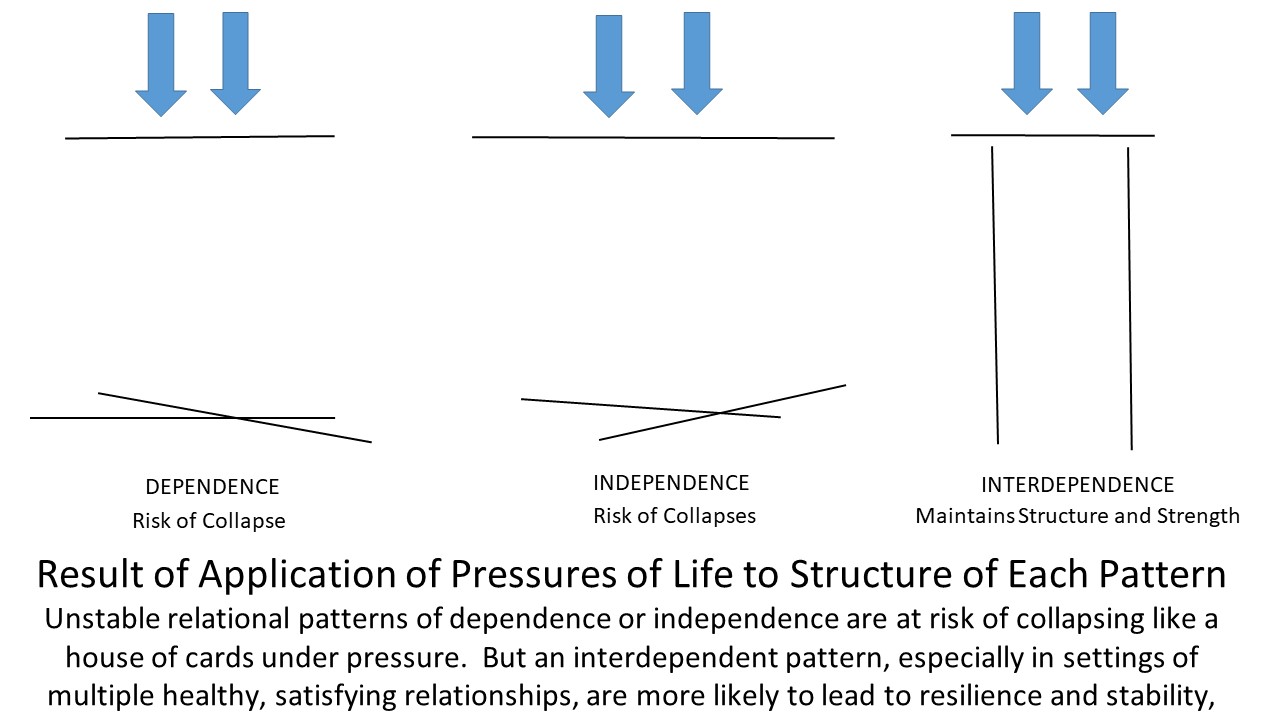 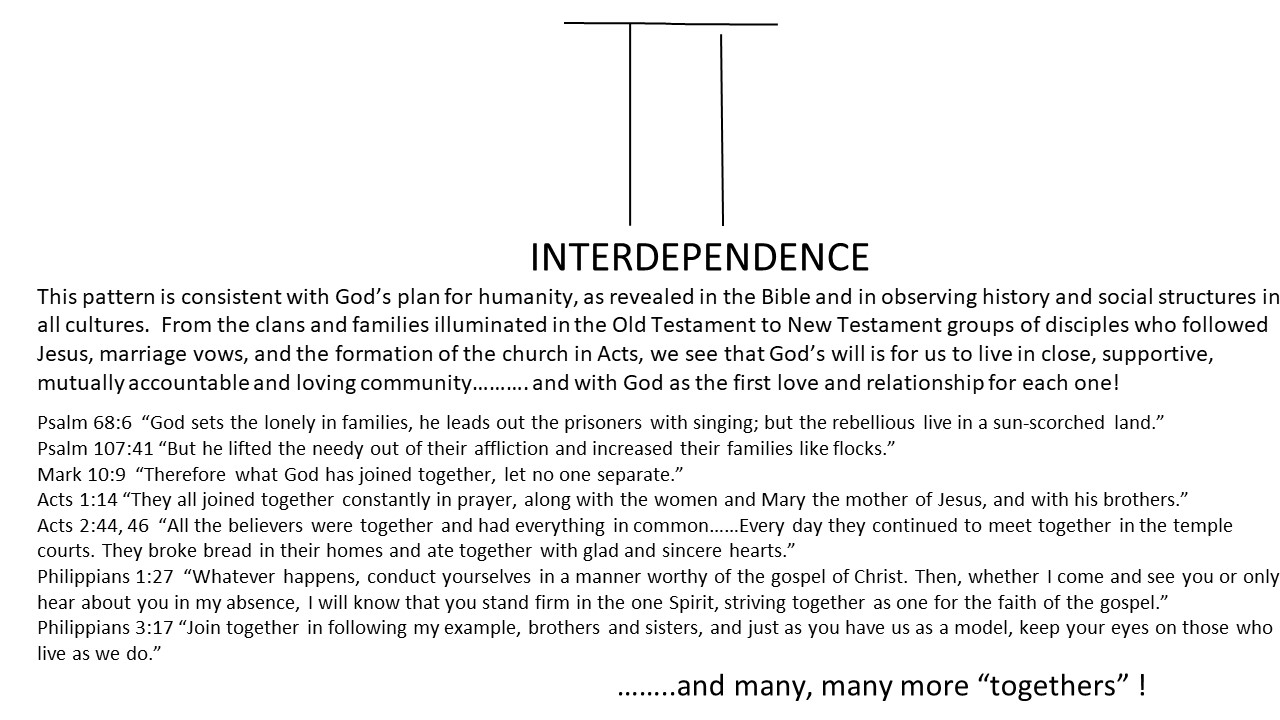