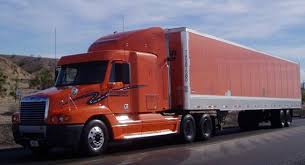 I have been writing, in small doses with short descriptive stories, about an experience that happened after a tumble into depression that went undiagnosed for over a year when I was in my early 40’s.   After I shared with my doctor that “something just wasn’t right” and cried during my annual visit, I was patted on the hand, told that I was peri-menopausal, and told to take Remifemin and Oil of Evening Primrose.  A year later I spent six days in a psychiatric hospital and had to take a short-term disability leave from work, engaged in counseling and self-care, to address the depression.

It was a relief.  I desperately needed help to regain perspective on life after a series of circumstances that led me to feel hopelessly stuck in a dark hole that even my doctor dismissed as “just menopause.”

I have described going to the hospital emergency room on a Saturday afternoon and later, my first night in the suicide watch unit after being transported by ambulance to the psychiatric hospital.

The next morning, Sunday, I was moved to the general treatment wing and attended group counseling sessions and had a psychiatric interview.  I, like everyone else, was asked at one point that morning to line up to receive medication from a dispensing nurse.  When my turn came, I asked what I was being given.  She replied, “Ativan”, an anti-anxiety medication.  I laughed.  In my fragile, delusional state, what I heard was “At a van, ” which was very funny to me.  For several weeks I had had a recurring thought of myself as being somewhat like a large Ford 18-wheel tractor truck pulling a van trailer.  I knew that the imagery was reflecting my sense that I had a full load of cargo, baggage that needed to be unloaded.  When the nurse said “Ativan”, I had a vision of myself as having been downsized to a Ford 18 passenger van…..a considerable improvement compared to the 18 wheeler I had previously felt myself dragging around.   But I also knew that I had a way to go to get to the little two-seater sports car that seemed to be the goal!  So my first experience of receiving medication was, in itself, a bit of encouragement and  therapy that helped set a vision for where this journey was headed.

That night, a male nurse named Michael, came to my room with a small paper cup and said I had another medication to take.  I asked what it was and I heard him say what I thought was “Whisper it all.”  I asked him to repeat it and he said, more slowly, “Risperadol.”  Again, I laughed and thought to myself, “No one would ever believe what I’ve experienced, even if I whispered it all!”  I told Michael that I would take the medication, but that I was confident that the real healing would come from Christ.  He said, “I believe that, too.”  I asked him to pray with me, and he did.  I had not seen him before and I never saw him again.

My next day there, Monday, was the Memorial Day holiday.  All of the unit staff  participated  in preparing and enjoying a hot dog and hamburger cookout with the patients on the porch facing the courtyard.  I must have looked less lost and brighter eyed and engaged, as one of the male nurses doing the cooking said to me as I walked out onto the porch, “Welcome back.”  I smiled, got a hotdog and sat on a bench in the courtyard.  I was no longer feeling pressed on all sides by messages that seemed to be trying to make me feel I was somehow needing to take some action to do something heroic that I couldn’t quite figure out.  In a session with a psychologist later in the day, I asked what my diagnosis was.  He said depression and religiosity psychosis.   I recognized that a lot of what I had been experiencing seemed be focused on what I believed about God, Christ, and my relationship to Christ. I did know that not all of what I was hearing was from God….but was coming from some other source…..was it my own confused mind?  Evil spirits? The devil?  I didn’t know.  I was able to discern the Voice that I knew was present with me…..it was always gentle and encouraging and was easily confirmed by Scriptures that were in my heart.  I knew that God was present, was protecting and providing for me and would get me through it.

Although the doctors had told my family I would be there for 3 weeks or longer, in six days I was released and referred to outpatient counseling.  This experience of hospitalization was a relief.  I needed a break from the struggle of trying to right myself and struggle through each day.  I felt like a sheep that had gotten turned over on its back and couldn’t get upright.  I needed a Shepherd to set me up right.  He had his undershepherds in place to help and eventually I was able to feel “normal” again.