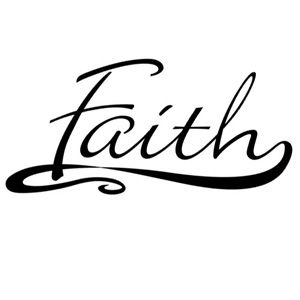 A heretical bishop in the United Methodist Church had written that this story, told in Matthew 15:21-28 and in Mark 7:24-30, is an example of Jesus’ bigotry and misogyny, that he would ignore a Gentile woman’s pleading for help.  But as I wrote then, after reading her tripe about Jesus having been acculturated to such behavior and having to learn compassion and tolerance of non-Jews, this is a case of Jesus setting a test for his disciples to help them see their own bigotry and demonstrating the role of persevering faith, and also testing the faith and determination of the woman.  It establishes a strong case for fervent prayer, unwavering perseverance in one’s faith in Christ, and demonstrates that it is faith that wins the day, not one’s status.

Jill Carattini of RZIM takes on this story here in her devotional of July 30, 2018:

There are those who say that lukewarm acceptance is more bewildering than outright rejection. I always wonder if they have ever heard the story of the Syrophoenician woman.

Jesus was on his way to a place where no one would recognize him. From the chaos of Jerusalem and the crowds of Galilee he withdrew to the region of Tyre. According to one of his disciples, when he had entered a house, he wanted no one to know of it. Yet, he did not escape notice. A Gentile woman of the Syrophoenician race immediately fell at his feet and began to cry out, “Have mercy on me, Lord, Son of David; my daughter is cruelly demon-possessed.” But he did not answer her a word.(1)

In the lives of those who believe in God, rejection is always a distinct possibility. Of course, this is not to say that God is rejecting us personally. As Jesus said, “All that the Father gives me will come to me, and whoever comes to me I will never drive away.” And yet, in the barren silence after years of praying for a child, in the slamming of a door that held a real and certain hope, in the wordless dismissal of a mother brought to her knees, the rejection is indeed personal.

But this woman at Jesus’s feet refused to turn away at the first sign of his refusal. She was not deterred by the disciples’ request that she be sent away, nor was she convinced to cease her plea after the harsh words that finally did break Jesus’s silence: “I was sent only to the lost sheep of the house of Israel.” Being a Gentile, she was not one of them. Lesser rejections have certainly brought me to crumbled mess. Yet even this was not a thought that would dissuade her. Bowing down before him, she pled once more, “Lord, help me!”

This is precisely the place in the interchange where I can no longer remain comfortable, imagining what it feels like to be truly helpless at the foot of God’s throne, imagining what it might feel like—even then—to be told “no.” Still, Matthew recounts the story: “And Jesus answered and said, ‘It is not good to take the children’s bread and throw it to the dogs.’ But she said, ‘Yes, Lord; but even the dogs feed on the crumbs which fall from their masters’ table.” Her persistence, her vulnerability—even her rejection—is more than most of us typically give anyone. She threw it all at Jesus, a stranger to none of these qualities himself.

There is a line in the book of Hosea where God laments the presence of those who wail upon their beds but do not cry out to God from their hearts. If our prayers are the pillars of a relationship that is being built with the one who knows us better than we know ourselves, how deeply rooted are the pillars of hope and love that have never been driven again and again into the ground? Perhaps there are times when rejection drives us deeper, and we plunge further into faith, into the sheer earnestness of our request, into the presence of the God who is there?

I don’t know why there are some prayers we seem to be called to repeat exhaustively. I don’t know why there are some believers who seem to live lifetimes marked by the sting of a rejected plea. Yet I know that it is often the one who has learned to wrestle through denied petitions who also seems to exhibit a striking depth of faith, a relationship with the one whose embrace she seems to hold in her very countenance. It is their own faith that often reminds me that inherent in any rejection from God is the reality that God is good.

At the close of the Syrophoenician woman’s final petition, Jesus turns to her with a response that overwhelms the depths of her own rejection with the certainty of his embrace: “O woman, your faith is great; let it be done for you as you wish.” And her daughter was healed at once.”

(Jill Carattini is managing editor of A Slice of Infinity at Ravi Zacharias International Ministries in Atlanta, Georgia.)

Jesus and his disciples sought out a place where he was not known, and even there someone recognized him as a Jewish rabbi, as Jesus, the Jewish rabbi whose reputation seemed to have gone ahead of him wherever he went.  And she sought a miracle. His disciples tried to brush her away.  Jesus ignored her at first.  Many sought a miracle. Increasingly, crowds seemed to gather wherever he went.  Jesus knew her need.  What he waited to see was her faith.  Did she seriously believe he was the Messiah or was she just reaching out to a Jewish rabbi who happened to show up in this Gentile city because one of them was bound to eventually be The One?  There were many in that day who called themselves “Rabbi”.  Speculation about the Messiah was rampant.  Any charismatic rabbi with a following might be The One!  Only the real Messiah would know how far she would go and what he himself would do.  Only he would be able to bring about the miracle she sought. And only he and she knew the extent to which she would push the matter.  Something, or Some One, within her pushed.   He knew that she was sincere in believing.  And it was an opportunity to reveal further to his disciples and others the reality that Jesus, the Messiah, had come for all, not just for the Jews. a message that was itself the source of much of the animosity toward him among the Jews, but also the hope of Gentiles that only a few, like this desperate woman, were bold enough to voice.

In this story, Jesus and the woman to whom he is presenting resistance as a test of her perseverance have more in common with one another than his disciples have with either one of them.

The fact that we even have this story recorded is a testimony to the impact it had on the disciples, which was Jesus’ point, I am sure.
In teaching women in addiction, I run into their resistance regularly…… and they run into mine.  But there is always an implied test when resistance is in play.  A test of faith.  Whose faith is vested where?  Who will discover the truth?  How will it be revealed?  Who will be changed in the process?  In this case the woman’s faith was proven and rewarded and the disciples’ faith was tested and built up.  Jesus will set tests before us.   But the good news is, even if we fail, as Peter’s and others of the disciples’ faith did, Jesus gives do-overs.  The point of resistance is to build our faith, not to prove it is insufficient.