Today’s New Room Conference workshops that I attended were on prayer.  I know that the Lord has had me working with a mentee on prayer in recent months most likely because of the oftentimes weak quality of my own prayer life.  It has been an ebb and flow kind of thing for me most of my Christian life.

Today’s sessions gave me much about which to reflect.  When I got back to my resting place for the night I was tired and went right to bed.  But as my brain began to drift to sleep, I had one of those simple single-frame visions with which the Lord has spoken to me before.

It was an image of a long banquet table with many chairs and white tablecloths and I felt the Lord say in my spirit, “Prayer prepares the banquet.”

Years ago after a time of much chaos in my life I had been in prayer, asking the Lord essentially why that season of my life had been so difficult.  At that time he did not show me a vision but he did speak to my spirit and say then, “Welcome to the banquet.”   I was humbled and grateful and believed that the Lord surely must have something special planned for me after that difficult season.  Indeed, the years that followed were blessed beyond my imagination and the answers to many of my prayers and pleas of my heart during that time were gradually given.

However, whether it was my own prayers that prepared the banquet table that I was privileged to be invited to join, or whether it was the prayers of others….and there were many…..I don’t know.   And I don’t think that matters.  But it does matter that the Lord is telling me to pray.  For those who are desiring a place at the table.  For those of us who have been privileged to be invited to the table ourselves. And for those who have refused their place at the table.

Coming to a conference with an emphasis on prayer has been a joy.  It has given me much about which to reflect.  The table pictured below, from the side view in the second photo, is what the Lord’s vision looked like, but without the candles or centerpieces….and it seemed endless.  As many tables as might be necessary can be added! 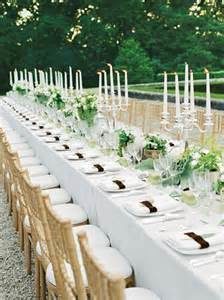 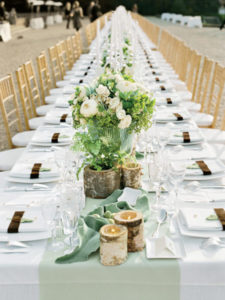