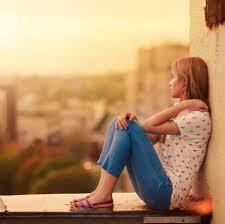 In 1997 I spent six nights in a Bay County mental health hospital, the first night in the suicide watch unit, although I had never considered or attempted suicide. For about 2 months I had been plagued with delusions, even hallucinations, and confusion which I tried hard to overcome by personal will and then by simple denial.. I had had to take a leave from my job because of decompensated functioning. I was confused, but not despairing. I knew God was present with me, but it was time to deal with some things in my life that I had skated over and ignored, hidden and denied.. God knew it was time. He brought a wonderful Christian counselor into my life who journeyed with me for several years and helped me decipher a lot of things – spiritually, emotionally, psychologically, and relationally – it was hard work, but made so much easier by her compassionate care and that of some close spiritual friends who stayed in the journey with me, too. It was determined that I had transitioned through a long undiagnosed depression of several years’ duration, defined by losses, geographic moves, abrupt changes, and more…..which all led me to this, the final stage…..the emotional emergency that became a spiritual emergence. The five years prior to the hospitalization I had been an eager student of the Christian life and Christian Scripture. I believe God used those 5 years to prepare me for this time that he would allow to break down the last remaining emotional and spiritual barriers so that a fuller and more abundant identity and life in Christ could be born.

One thing I observed and discussed with my counselor was this: there seemed to be a defining moment when I felt I was being given permission to simply give up. Although I first interpreted it as being given permission for physical giving up and readiness to die (which I rejected), I later came to see that it had actually been a moment of being confronted with a psychological choice….. strive to be restored to healthful and abundant life or give up and face a life potentially filled with a sense of victimization, failure, and inability to regain my emotional footing. I made a choice to thrive …. not merely survive. Whatever it would take to thrive, I was confident God could help me find it….. and he has. It was my faith that gave me resilience and eventually brought healing.
I was blessed to have a number of internal and external resources for life recovery- intact family, education, strong relational ties, long-term history of stable employment, insurance, financial stability, established non-judgmental supportive community, and more. Not all people are so fortunate. But nearly everyone brings some of those resources to the process of life recovery. Helping them discover their resources, or recovery capital, and learn how to appropriate for themselves more from available community resources is part of the faith-informed process we utilize at Titus 2…..building faith capacity and social capacity in the process.

It’s really not rocket science. It’s pretty straight-forward, at least the goal is – building faith capacity and social capacity. But each person requires a certain amount of individualized care based of the uniqueness of her life circumstances. It is a challenge working with each new person, but God makes a way, as long as the person is sincerely seeking an improved life. Some just want relief from the momentary pain, but not a fundamental change in the way they have thought and lived. As soon as they have enough relief to resume personal control of the reins, they’re off to the races again.

Emotional emergency may lead to spiritual emergence with the right guidance and discovery of one’s internal and external recovery resources.