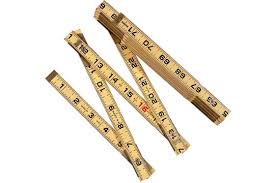 I love the Seedbed resources that I get that nourish my daily walk with Christ! This one is soooooo true….to live the Christian life is to “measure down.” The Apostle Paul, in his pre-Jesus life, considered himself quite highly – a righteous Jew of unquestionable pedigree and a Roman citizen with status and access, too! After his conversion, there was something more he desired…to be an Apostle. It took some persuading, but eventually he was accepted into the “club” and called himself “the least of the Apostles.” Later, after additional sobering Christian maturity in Christ he called himself “the least among all the saints.” Still later, near the end of his life, with the clarity of a man who has seen himself as he truly is, Paul calls himself “the chief among sinners.”

J.D. Walt, is a Bond Slave of the Lord Jesus Christ. jd.walt@seedbed.com.