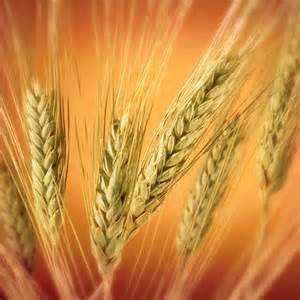 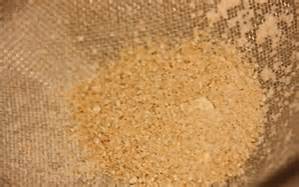 Now there was a day when the sons of God came to present themselves before the Lord, and satan also came among them. ………  Job 1:6

Job was sifted by satan in an attempt to make him curse God.  Job cursed the day of his birth, and he argued with his wife and his friends, but he didn’t curse God even in his suffering and his inability to see the truth of why it was happening.  Job remained faithful to God.  He remained in honest, though pleading, conversation with God and God with Job.  And even when he failed to get the answers he sought, Job did not give up.  He praised God.  And Job’s health and life was restored.

In the 22nd chapter of Luke, after Christ instituted Holy Communion on the night he was to be arrested, the disciples argued among themselves over who would be greatest among them in the kingdom.   After ending their argument Jesus immediately told Simon Peter that satan had asked to sift him and said “But I have prayed for you, that your faith should not fail; and when you have returned to Me, strengthen your brethren.”

Later the same evening, Peter, in his misunderstanding of Christ’s call to obedience to the will of the Father, slept when he should have been praying, lashed out and took off the ear of a soldier who was simply following orders. Then, in fear of his life, Peter denied that he even knew Christ three times. His resulting grief over his unexpected failures could have driven him away from Christ or suicide, like Judas, but he responded when Christ called Simon Peter to restoration and commissioned him to feed and care for the sheep.

John Wesley came to Georgia to save the savages and instead unexpectedly found in himself the same savagery and deceitfulness of heart he sought to evangelize.  He left in shame and humiliation. And in the middle of a fearsome storm at sea on the trip home Wesley began to question the adequacy of his faith. This sorry chapter in his life became the means of grace that led Wesley to rethink ecclesiology, evangelism, spiritual formation, discipline, and the personal and social dimensions of living out one’s faith.

Does satan move among us?  Yes.  Does God use many ways to refine those whom he intends to use, including allowing some to be sifted by satan?  It appears God does.  Does God stand by those whom he loves and to whom he has appointed a particular purpose even in the midst of failures in the sifting?  Without a doubt.  Do we believe that God redeems those who are sifted and refined, bringing them through it with greater strength and usefulness, as Romans 8:28 states?  I hope so.  Who decides whether those who are sifted are faithful to God……those who themselves may be used in the sifting or may themselves be being sifted, too, or the One who owns the field and the harvest and oversees the sifting?

How do we respond to sifting in our lives?