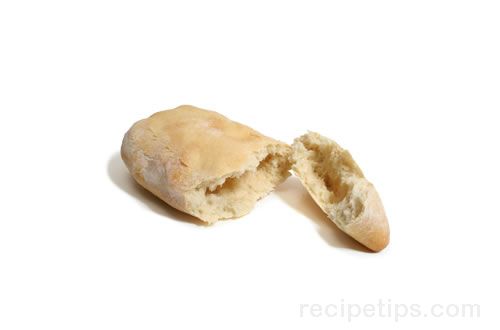 This week I was having a one-on-one session on discipleship with one of our recovery program student interns. She is working an evening shift at the mission shelter and isn’t able to attend the Monday evening class. It was a good session. I shared with her information from the REVEAL study conducted in over 500 churches by WillowCreek Church in Chicago that showed that church satisfaction increases for people in the early to middle stages of their Christian journey (seekers, new believers, and early committeds), but actually declines for those who’ve entered the maturing discipleship stage. That seems counter intuitive, but when you consider it, it’s really not. It’s people in the discpleship stage who gravitate toward missions work beyond the church and in parachurch organizations, who start new ministries, and who teach.

Those who’ve moved to deeper commitment to Christ have to start to view their pastor and home church differently. It’s less a matter of their pastor instructing and inspiring them and more a matter of them beginning to see themselves in ministry with the pastor. They come to identify themselves more in connection to the church universal and less tied, perhaps, to a single “home” church. Church is less and less likely to be the place where they get deeply inspired and fed every week and more likely to be a place where they now serve and lead others. Their meaningful engagement with the Bible begins to be in the one-on-one time spent with a mentor or in a small accountability group or in daily alone time with God. The weekly worship time in the larger congregation is generally geared toward the early to middle stage believers, the “average” attendee, not the deeply committed disciple. That person has to learn to be a “self feeder”, to seek out and enjoy time with God in venues other than Sunday morning worship.

I’ve had the opportunity to talk to several people over the last year about this phenomenon and the way that one’s engagement with the church changes in the maturing discipleship stage versus earlier stages. Each one had begun to feel somewhat “disconnected” from church and confused and guilty about it. Once they saw the REVEAL information and understood what was happening, they were relieved and renewed.

This week as I reflected on my conversation with my student intern, it occurred to me that in Exodus 16, when God introduced His children in the wilderness to manna, they too had to be “self feeders”. We are told in verse 4, “Then the Lord, said to Moses, ‘Behold, I will rain bread from heaven for you; and the people shall go out and gather a day’s portion everyday, that I may test them, whether or not they will walk in My instruction.'” Later, when the manna appeared like frost in the morning, we are told “When the sons of Israel saw it, they said to one another, ‘What is it’? For they did not know what it was . And Moses said to them, ‘It is the bread which the Lord has given you to eat. ‘This is what the Lord has commanded, Gather of it every man, as much as he should eat; you shall take an omer apiece according to the number of persons each of you has in his tent.’ And the sons of Israel did so and some gathered much and some little. When they measured it with an omer, he who had gathered much had no excess and he who had gathered little had no lack; every man gathered as much as he should eat……”

As I thought about the provision of manna, it occurred to me that God didn’t instruct Moses to establish a force of official gathers and preparers. The Levites weren’t charged with the duty of seeing that every person got the proper amount. Each person was to gather his own manna daily, not hoarding, but gathering only what was needed. On Saturday each was to gather a double portion, so that on Sunday, no work was required.

The Bible refers to our “daily bread”. We are to gather our own manna each day. One who has been mentored into a stage of maturing discipleship should understand this and be equipped to “self feed” on the Word daily.

My student intern cried as we talked about this. She said she had been feeling distant and disconnected from church, that her level of satisfaction on Sunday morning recently had not been what it was when she first started attending. She had felt guilty and confused and wondered, “Am I losing ‘it’ (speaking of her passion for the Lord)? As we talked, however, I found that her desire for the truth of the Bible was strong, that her commitment to serving others is real, and that she is lively and engaged in discussing her relationship with Christ. She came to the conclusion that, no, she is not “losing it”, but rather that “it” (her relationship with Christ and the church) is simply changing, becoming more mature, demanding a different kind of discipline and effort – daily and deep, pursued through godly conversations with mentors and through personal devotional time. She was relieved. She was reassured. I think she also gained an appreciation of how vital one’s discpline is in pursuing the spiritual life. We cannot rely on others, even our pastors, to do the work for us. We have to feed ourselves.

It has always annoyed me somewhat to hear supposedly Christian people comment that they “just aren’t being fed” by a particular pastor or congregation. It is not the job of the pastor or the congregation to feed us, if we’ve grown beyond the milk stage of our faith. We all have to learn to gather and feed ourselves the manna.