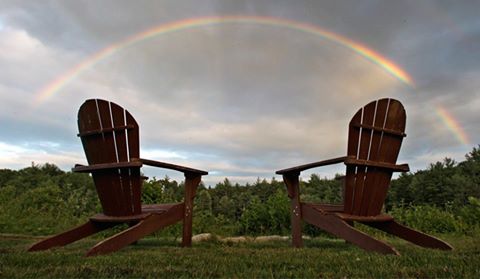 Bill Byrd, who passed from this physical life into his true life in eternity with the Lord on August 6, 2020, was raised in Dearborn, MI, an only child, an only grandchild, and an only nephew among his immediate family. He did have a number of Byrd family aunts, uncles, and cousins with whom he visited in Montgomery and Monroeville, AL from time to time. Bill attended Crestwood High School in Dearborn, MI, where he played basketball and received his basketball letter sweater. When his parents retired and moved to Montgomery in 1968, he came somewhat unwillingly in the summer before his senior year, but found friends among the first graduating class at Jeff Davis High School in 1969 and with dear neighbors, the family of Buddy and Loudell Bragg, on Knollwood Drive. I asked him why he decided to attend Auburn University instead of returning to Michigan among friends with whom he had attended all of his previous school years. He said, “It was just 45 minutes down the road from home and my cousin Bobby Echols was there.” He visited the school and found additional “family” among members of Alpha Phi Omega service fraternity- Pete Musgrove, Buddy Kraut, John Spiker, Dave Hills, and many others. Part of the fraternity’s role at that time was to provide volunteers to care of the eagle, “War Eagle”, that lived on campus in a large aviary and they worked many service projects on campus and ushered many events at the Coliseum. Those were happy years for Bill where “family” and “brothers” and “service” enlarged the territory of his heart. We met through fraternity/sorority friends and activities and married during his senior year and my sophomore year in the summer of 1972. Our first “official date” had been April 1st. He said he loved my long hippie-style skirts and bell bottom blue jeans and us singing and playing guitar in the book exchange with friends. I think he really loved that I helped him get through a literature class and he helped me get through calculus! He graduated in March 1973 and we moved to Montgomery, AL.

I had grown up attending weekly church services, youth activities, and playing piano for Sunday night services. Bill’s family had been what he fondly called “CEOs” (Christmas-Easter Only), members of a Metropolitan Methodist Church in Detroit, MI . And although we spent little time in church during college, we both affirmed belief in the Christian faith and our two children, Billy and Charlotte Ann were baptized as infants at Dalraida UMC, where we had attended briefly after first moving to Montgomery after college, and First UMC of Montgomery, where Bill’s mother was a member, respectively. When they were toddlers, I told Bill one Saturday morning I was going to be attending weekly Sunday School and church with the children and he was welcome to join us. But whether he chose to go or not, we would be going. I can clearly recall him sitting on the sofa in our den and saying to me, “So what you’re saying is you love God more than me.” I said, “I love you, but yep, that’s pretty much the way it is.” The next day he got up and helped me dress the kids and we became weekly attenders with our children at Whitfield UMC. Dr. Karl Stegall received us into membership there. I asked Dr. Stegall when we met with him what did I have to give up of my Baptist upbringing to be a Methodist. His response was, “Nothing. Methodists are more like everybody than anybody.” That was our entry into full participation as a family in a church fellowship. We had wonderful young couples’ Sunday School teachers, Ron and Caroline Hoover, a military couple from Maxwell AFB, and numerous friends among whom we grew in our faith. Pastors Karl Stegall, Walter Albritton, and David Chunn nurtured our faith. Bill always said that Walter Albritton, in particular, especially made the gospel come alive for him. Bill enjoyed his years of service with the UMC Men, especially the barbecue pit they built and overnights spent cooking Boston butts to raise money for the church ministries and missions. We moved in October 1980 to our little “fixer upper” on a Cloverdale bricked street, Dupont Rd. which Bill purchased without me ever seeing it, but it remains eight of my fondest years of learning about remodeling, working on the house alongside Bill, putting in a pool, and enjoying and caring for the mature trees, shrubs and flowers that were the fruit of the previous owner’s labor. Our little gray craftsman style home on S. Cloverdale Park, one block south of Fairview Ave. can actually be seen in a movie filmed in Montgomery, “The Long Walk Home” about the Montgomery bus boycott. We had to sign a release for them to film in the park across the street from our house. We moved our membership to First UMC where Bill’s mother, Marilyn, widowed in 1974, attended. Karl Stegall and retired Bishop Paul Duffey and our Sunday School class further nurtured our faith.

In August 1992, Bill accepted a position with WMBB-TV in Panama City. He commuted back to Montgomery on weekends over the next year and half while our youngest child finished high school and we worked at selling several rental properties and our home on Mossy Oak Dr. in Eastern Forest, which we had built in 1988, where his mother and her disabled brother, Bill’s uncle Harry Langs, also lived with us. He had moved in with Bill’s mother a few years earlier after retiring from the Postal Service in Michigan. He was a WWII veteran of the North African theater. He had a series of strokes and became disabled while living with her. I had to work at making a job change during that time, as well. Eventually, in April 1994, we finally got everything in place to move to Panama City permanently with him mom and uncle with us. Both children were in college by that time. It was an exciting new adventure. We joined St. Andrew UMC in Panama City. We had always talked about eventually retiring in a beach community since our college and early marriage years of vacationing in Gulf Shores, AL at the retirement home of R.L. and Katherine Musgrove, parents of Pete Musgrove, Bill’s college roommate and best friend, and the Musgrove clan of sisters, brothers, nieces, and nephews from the Nashville, TN area.

In December 1992, I had attended Blue Lake Emmaus Walk 62. It was a profoundly deepening experience of my relationship with Jesus Christ and changed my life in some ways that Bill wanted, too. He attended BLEW 66 August 19-22, 1993. We were active and volunteered frequently in the Blue Lake and Bethlehem Emmaus camps and in our Bay County Emmaus community and reunion groups over the next twenty-five years. We had said that we went from being “churchians” to bona fide Christ-followers as a result of our Emmaus walk experiences. Bill assumed a role in Christian leadership in our family and among many with whom we worked and lived. When we went through a difficult phase of our marriage in 1997 after 25 years, Bill was the one whose faith and commitment to Christ and to our family kept us together in that difficult mid-life transition. We gradually moved beyond it and both grew through the experiences and wisdom it brought.

We both had embraced Christian accountability in small group fellowship as a result of our Emmaus involvement. We moved from Kings Point in Panama City to Lynn Haven in 1995. In 1996 we transferred to Lynn Haven UMC, where Dr. Doug Pennington and others continued to help us grow. Bill was the Lay Director for Blue Lake Emmaus Walk 209 May 6-9, 2010. Those years of spiritual growth and discipleship through Emmaus made him effective in sharing his faith with many people through the years. He was supportive of my move into vocational ministry through Christian education after 2002 and in counseling and discipleship ministry after 2008. Bill joined me in working at Panama City Rescue Mission for three years after his retirement from WMBB in 2008 where he was a mentor and friend to many of the employees, volunteers, and men in shelter and recovery care there. It was his support and encouragement that led to us establishing Titus 2 Partnership, Inc., a 501c3 charitable ministry of residential life recovery for women with life-limiting dysfunctions in April 2014. Bill continued to encourage and support me and our volunteers in the Titus 2 ministry. He was the IT person who designed and maintained our website, handled production and distribution of newsletters, helped me with computer technology needs, and was available for whatever needed to be done. Purchase of the country home in November 2014 for the community life- recovery residence near our house at Deer Point, where we had lived since 2005, was his idea and he worked hard to help make the move possible on February 1, 2015, from the ministry’s temporary rental home in Callaway.