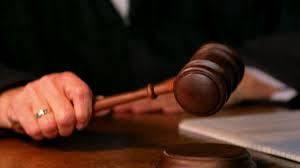 “Why would we rush to defend God to a broken world and not race to defend the image of God in the world’s broken?” –  Ann Voscamp, The Broken Way

Powerful! I was sitting in court for the second day waiting to give testimony regarding a woman pleading for rehab over a state offer of 4 years in prison for violation of probation for multiple drug charges over 4 years’ time. I was there under compulsion from God, even though I only knew her through her application and a brief video interview at the jail the day before. When I indicated my willingness to take her into Titus 2, the public defender was appreciative and advised that she did not need to go to prison, she needed rehab.  He explained to her that he was prepared to reject the state offer and enter an open plea before the judge, but she would be taking a big risk. The judge could sentence her to twice the amount offered by the state attorney if he so desired. I went back to jail and interviewed her for an additional hour and a half in an attorney conference room and became convinced that anything less than a faith-based program like ours would be a miscarriage of justice for this young woman. As I sat in court for the second day wondering why I was spending this much time willing to wait for 3 minutes of testimony on her behalf, reading my book while I waited, when that question jumped off the page at me. And suddenly I knew that God was going to use my testimony to release her to us, although the state’s attorney was dead set against it. The public defender didn’t seem as confident when he began his statement. Then the young lady made her statement. The judge looked at me and asked what I had to say. I pointed to the evidence that her life had once been “normal”, fully employed in a long term job in community hours away, no history of engagement with law enforcement or substance abuse until tragedy, displacement, underemployment, and self-destructive anger…..after a devastating fire took everything she had and forced her to give up her beloved animals and move here to live with relatives. Life dealt a blow and she has reeled for 5 years…… Until now no one apparently recognized the consequences of unresolved grief and the PTSD it had caused, nor had they questioned her about other aspects of her life beyond her fairly recent substance abuse to discover some other issues that needed to be addressed. I knew I was racing against time with a system that sometimes deals in the obvious and superficial instead of deeply rooted issues…. I was defending the image of God that I knew was there and could see how it had been marred by hurts and how God could redeem her lost life.

More questions were asked of me by the state attorney and the judge. I made my case. After several minutes of talking to the young lady again, the judge said, “She is ordered to your program.”  She cried. The attorney looked relieved. The judge smiled and thanked me. A system of sometimes cautious defense and punitive consequences was given a jolt. It was a good day in court…..thanks to Ann Voscamp and the way God used that statement to give me the boldness needed to defend her.

I am still chewing on this book. I can only take it in small doses because each chapter is so potent and demands time to digest and absorb. I am almost done and I almost feel like the whole effort since October was for the timing of me reading that question while I sat in court and that brief exchange before the judge and onlookers.

God had spoken to my heart about the fact that I am not a social justice warrior for causes and issues, shutting down some activities that seemed to be an effort to defend God to a broken world.  He made it clear I am an advocate for individuals who are broken and hurting and whom God desires to restore to the image he created them to bear.  That revelation happened last week.  This week he gave me a confirming demonstration of how necessary such efforts are on behalf of individuals ……and the fact that if I simply do what is possible within the scope of my ability, he will deal with what is impossible and beyond my ability to impact.