The Christ is here!

Some go astray when they express belief that, because Jesus was human, we as humans can “incarnate the Spirit of God” in the same manner as Jesus and become gods, too. They take the “brother” notion and the “co-heirs” of the Kingdom with Christ further than is allowed by Scripture. Jesus Christ is unique in his incarnation of the Holy Spirit’s presence in the world as the “only begotten Son” and the purpose and plan of his existence on Earth was a One and Only event….. This visual lists some of the primary reasons for the Holy Spirit incarnation in Jesus Christ…. The second visual lists primary biblical reasons for why the rest of us, as created beings, are here. Neither list is intended to be taken as exhaustive and entire, but only as the primary differences in the purpose and plan for Jesus’ life compared to the lives of his followers. 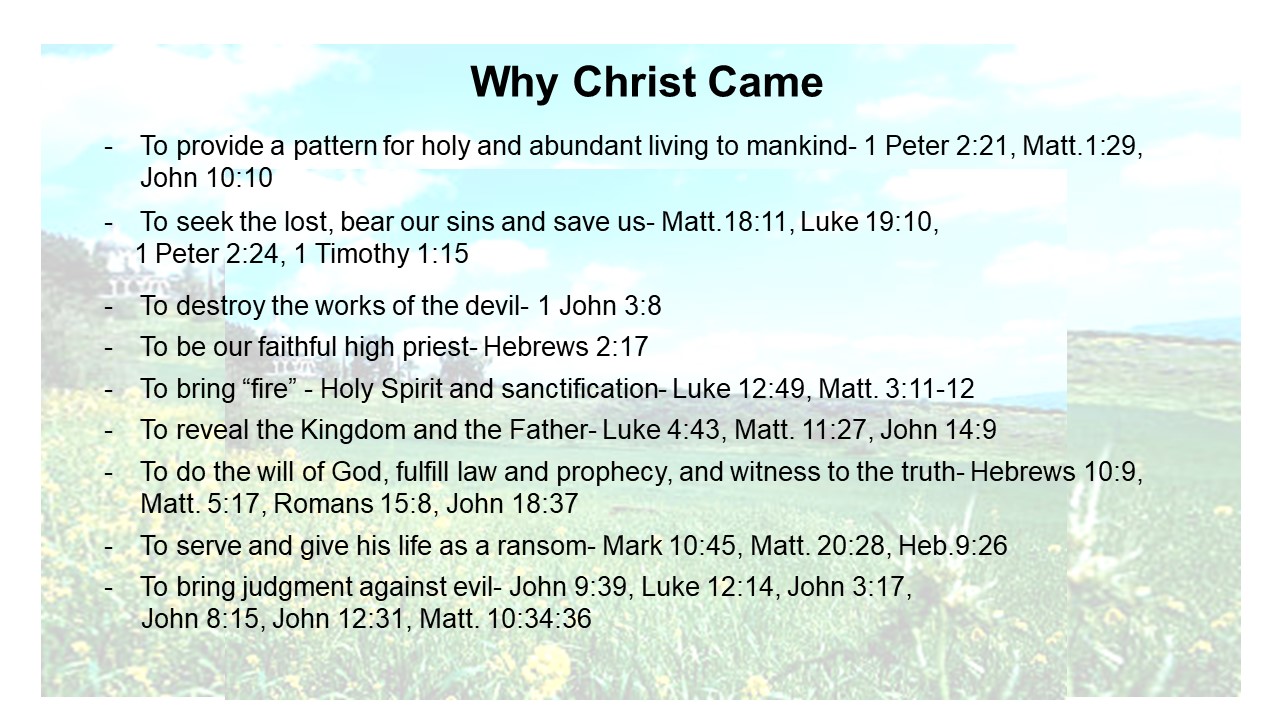 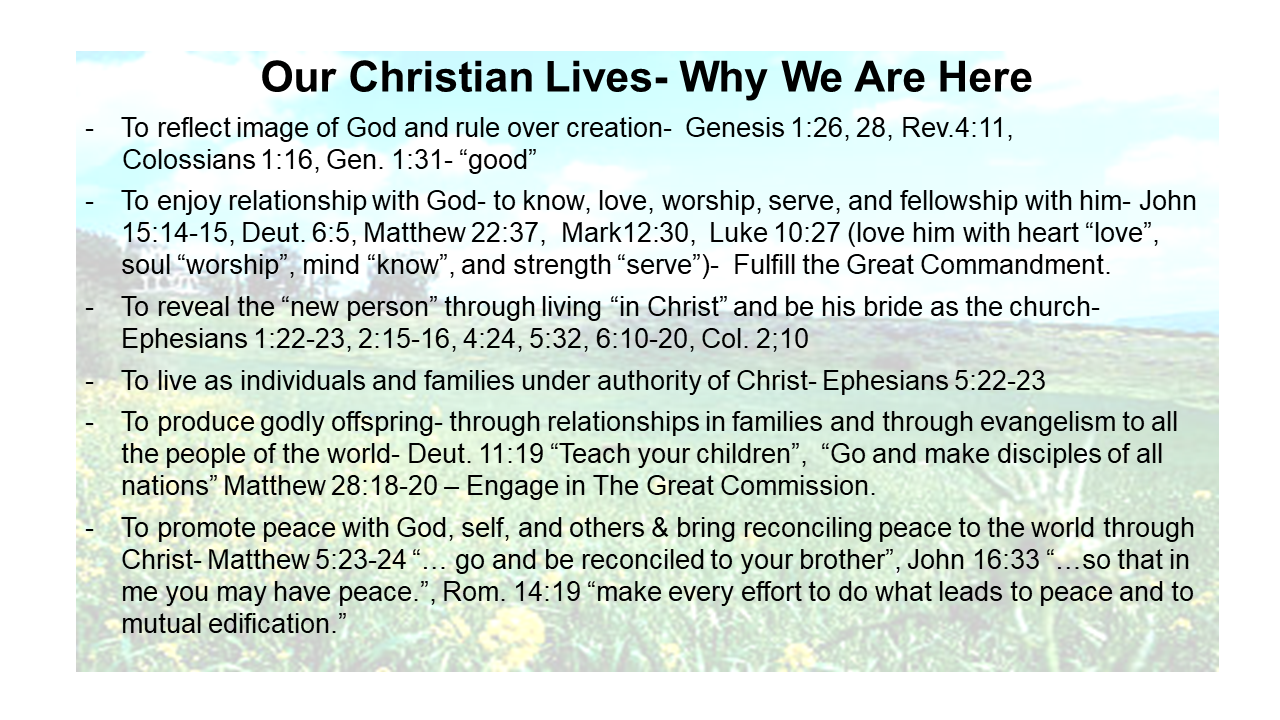