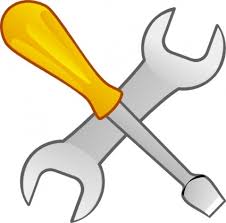 The word “lifehack”  has come to mean a cheap, quick, easy adaptation that addresses an immediate need or offers an alternative solution to something more costly and permanent. The Urban Dictionary offers this: Life hack (or life hacking) refers to any trick, shortcut, skill, or novelty method that increases productivity and efficiency in all walks of life.

Graduate Equivalency Degrees have been a successful “life hack” for students who would not or could not endure the longer traditional route to a high school diploma.  On- the-job training opportunities, especially those that are subsidized to allow less qualified individuals a route to job success, are a “life hack” that enables individuals with little or no skill to learn and develop their ability and become financially productive members of society. Wherever a problem persists, there will likely be “life hacks” that are developed.

It seems that there is now a new mental health and corrections systems- sanctioned substance abuse “life hack”—-naltrexone—-an extended-release injectable suspension.  A new treatment for opoid addiction, it is now being offered to inmates as they exit jail as “the first & only once-monthly, non-addictive medication that must be used with counseling.”  The evidence-based therapeutic community appears to have embraced this new treatment and is setting up systems through county jails and local state-funded counseling programs to facilitate use of this new substance abuse treatment modality.  It is the next step in Medication Assisted Treatment for substance abuse treatment.

It has brought me to a critical point of self-evaluation of the Titus 2 program.  Candidates for long-term residential treatment appear to be declining as many jump at the possibility of a quick alternate route for treatment.  It is an out-patient option, so life as one knows it need not be interrupted except for counseling appointments.

On the surface it appears to be an ingenious solution to a problem and for some, it may well be.  But there are some observed potential problems with this new “solution” to addiction…..it is potentially just another addiction and a costly one for society and recovering addicts.  Who will pay for the monthly shots once treatment is initiated in the jail?  And who will pay for the counseling sessions that are supposed to accompany the medication?  While the medication itself may not foster chemical dependency, the psychological dependency on the monthly shot and the requirement for concurrent counseling to maintain recovery does present a potential problem for those seeking longterm life recovery.

In the last decade we have seen methadone clinics take a similar approach though with more inconvenience, as well …..daily medication with counseling to get individuals off of “street drugs”.  While the stated goal may have been to gradually wean the clients off as they stabilize, gain employment, and rebuild their lives, the reality has been that most who successfully use the methadone treatment maintain on it indefinitely.  Those that fail to be consistent and stabilize their lifestyles with methadone treatment eventually drop out due to the cost and inconvenience and continue their substance abuse.

The new month-long injectable dosing of naltrexone offers great hope and is being initiated with inmates at the local jail.  It blocks the receptors in the brain to which opiod drugs attach without providing a dopamine “high”.   Naltrexon works as an opiod antagonist.  Antagonists create a barrier that blocks opioid molecules from attaching to opioid receptors. It blocks opioid receptors in the brain for up to one month at a time, helping patients to prevent relapse to opioid dependence, following detox, while they focus on counseling.

That all sounds well and good.  For those with excellent external and internal resources for recovery (education, job skills, supportive non-addicted family and community support, self-direction and motivation, etc.) it may well be a perfect solution.  But for those who lack the external and internal resources for recovery, it will likely be a case of over-promising and under-delivering.  And for those who are viewed as hopelessly trapped in the subculture of poverty, illiteracy, mental illness, homelessness, unemployability, repeated legal difficulty, etc. it may simply be viewed as a compassionate mechanism to manage or control them outside of revolving door incarcerations.  It won’t help them escape the mental illness and substance abuse subculture, but it will all them to continue to live within it with fewer risks to themselves and others.

While Titus 2 has been open to dual-diagnosis applicants with mental health medication for depression, anxiety, bipolar, and other diagnoses, this new treatment modality gives us reason to consider exactly what is being sought as the long term goal through MAT.  One of the psychological dependency issues that we strive to address at Titus 2 is, “From whence cometh my help?” It is not a matter of whether or not medication is appropriate, helpful or necessary for those with dual diagnoses, but it is a matter of which medications and to what extent are they conditioned to psychological dependency on the medications and the medications alone.  If one is unwilling to invest the time and effort to build the psychological resources of resilience, coping skills, healthy boundary-setting, emotional literacy, alternative and delayed gratifications, etc. and wishes to simply take multiple medications alone to regulate mood and continuing in the other behaviors that have contributed to their chaotic life circumstances, then the Titus 2 discipleship and mentoring approach will not likely be acceptable as a means of life recovery.   The goal of Titus 2 is to assist one to transfer the psychological dependency on drugs or mental health medication alone to the spiritual and psychological strength that can be found internally and through community connectivity in a faith-based approach to life recovery.

For those who have not known healthy interdependent lifestyles that included financial stability, successful long term employment, satisfactory family and extended community relationships, appropriate self-care, etc. a program like Titus 2 can be life changing.  But only if the past is viewed as no longer an option and these alternate goals are desired for one’s life.  If the entire focus is simply to stay off of drugs through Medication Assisted Treatment and continue in the lifestyle one has, our life recovery goals and time in residential care will be of little lasting value.

It remains to be seen what the long term effects of the newest MAT protocol being promoted locally will accomplish long term.  In the meantime, many who likely would have benefited from long term transformational life recovery will simply opt for a quick life hack instead.

At Titus 2 we have to prayerfully consider whether we will accept those coming from jail on naltrexone, and hope that we can direct such applicants toward a view of MAT as a short term means to a longer term recovery goal.  The other option for Titus 2 is to simply accept that what we offer in long term residential faith-based life recovery is only for a select few who have tried all of the other options and discovered that only through a relationship with Christ can their lives be changed.  Already we are seeing that non-substance abuse issues needing life recovery can successfully be addressed at Titus 2, whether it is complex unresolved grief or PTSD that has led to a total breakdown of life functionality or aged out foster youth with no preparation for life.  The value of a small, flexible program like Titus 2 is the ability to customize the recovery program to the needs of the individual.

God had told me years ago that he would “bring them to me,” those whose lives were broken and in need of the kind of recovery that only relationship with God and Christian community can bring.  We continue to trust God to do exactly that, whether it is 5 or 6 women at the time or only 1 or 2.  There is no “economy of scale” in an all-volunteer program such as ours.  It costs about $3000 per month to run the residence, regardless of the number of women in residence on the small scale under which we operate.  So, as long as there is one student who is committed to putting in the work of recovery that is required of our students, we will continue to be available to serve the Lord through this ministry to those he brings.  When they quit coming, we will know that God has other work for us to do.  We will continue to prayerfully listen for God’s instruction.

There are many ways to conceptualize the problem of substance abuse and as many, or more, approaches to recovery. One can try one after another until one achieves a measure of peace and functionality that will work. Or one can give thoughtful care to considering what the ultimate long term goal is for oneself. Ultimately, however, I believe victory in the battle over the underlying causes of substance abuse will be found in the same sign in which Constantine found victory….that of the cross!

Constantine battled against Maxentius and overwhelming odds at the Milvian Bridge over the Tiber River of Rome on 10/28/312 AD. Both were emperors of Rome as part of the tetrarchy, a 4-ruler system that clearly was not working. This civil war was won by Constantine and led him to end the tetrarchy and become the sole ruler of the Roman Empire. The night before the battle Constantine saw a vision and heard a voice speak to them that “In this sign you shall conquer.” It was the chi rho symbol for Christ, the first two letters of Christ’s name in Greek. It was reported that later, in a dream Christ explained the meaning and Constantine was commanded to put the sign on his soldiers’ shields. The battle marked the beginning of Constantine’s conversion to Christianity and the end of persecution of Christians in the Roman Empire, All religions were legalized, freeing Christians to flourish and expand the kingdom across the known world. It was the success of Christianity under Constantine the Great that later led to the divide between Rome and Constantinople, creating the Roman Catholic Church and the Eastern Orthodox Church. Constantine dispatched his mother, Helena, to the Holy Land to identify, document, and secure venerated religious sites. Two of his most famous building projects were the Church of the Holy Sepulchre and the Old St. Peter’s Basilica. Although he was credited with sanctioning Christianity in the Roman Empire, he celebrated many holy days of multiple faiths and was not baptized until near his death. (Some of this I remembered from several years of Latin under Ms. Colcord, but other of it was refreshed in my memory from Wikipedia! LOL! )