I have an acquaintance who has a very childlike-faith. It is rather extraordinary considering the trauma experienced by this person in life. This person has a particularly sensitive awareness of the spirit realm and has been harassed by several demonic spirits that have been described to me in very specific terms regarding their appearance, smell, actions, and situations under which they have appeared over the course of this individual’s life. The individual was even able to sketch out roughly what they looked like. We have talked about specific fears, experiences, feelings, beliefs, and desires that have been present in the individual when these spirits were present. Some of these come during sleep, in dreams or nightmares. Others appear during waking hours and are seen only by the individual.
Interestingly, as we have talked and prayed together the individual has learned to embrace the Holy Spirit who has also been present in the Person of Jesus since a very young age, as well. Jesus was introduced to the individual by a young angelic spirit “friend” who would come at times of loneliness or rejection just to be a companion.
Through growing in knowledge of and dependence upon the Presence of Jesus, prayer, and the safety of being able to talk about this inner life that is unknown to most people, the harassing demonic spirits have now gone from this person’s life. Nightmares are gone. Fear is gone. Feelings of being “different” and the label of “crazy” that had been applied by some are gone, as well.
Interestingly, however, the gift of seeing spirits associated with others remains. Recently, I was asked by this person, “What does it mean when you see snakes on people?” I asked about the appearance of the snakes and was told, “A couple of them. Small, one green, one yellow.” Knowing the individual upon whom the snakes were seen, my immediate thought was envy and cowardice. I didn’t tell the questioner the specifics just that they could represent small temptations in the person’s life to think about or act in ways toward others that were not Christ-like. That explanation seemed suffincient for the moment. And we prayed for both the questioner and the snake-bearing person. How disconcerting would it be if all people had the gift of seeing or sensing such things in one another? In fact, if one is seeking and relying on wisdom from God such things often are sensed, even if not seen in such graphic ways. They may not be entirely understood in the moment but such feelings can provide a cautious warning and discerning approach to some people. These spirits, as they leave, have been described as jumping out windows, running out of doors, or simply dissolving into air as they left. Sometimes they move to a distant point beyond one’s immediate area and just watch and have to be told again to leave for good.
After a visit with some people from this individual’s past, there was another menacing spirit different from previously known ones that was observed but the person recognized the source and relied on prayer and the abiding strength of the Holy Spirit to banish it.
I’ve known others in counseling who confided seeing strange things like snakes on or near people or people with snake-like eyes or scales or a snake’s tongue. One person would see people’s faces contort into bizarre shapes, like one would see in a funhouse mirror, as they talked. Others would hear people’s voices change to deep, gutteral tones suddenly. Some would smell particular odors. Some have seen colored auras around people and associated goodness with pure white or gold light auras, evil with other colors- blue, green, orange, red, grey or black “ shadowy” or hazy auras or mixed color auras.
Many would simply write off such experiences as the delusions and hallucinations of psychosis. Dr. Mark Ragins has described such experiences in his book, “Journeys Beyond the Frontier: A Rebellious Look at Psychosis and Other Extraordinary Experiences” with much more understanding and compassion after 30 years of dealing with people who had been labeled with DSM mental health diagnoses. He has experienced that 2/3 or more of people who experience these things can find peace and understanding through the healing art of intentionally listening to them and helping them discover and give voice to knowing and understanding their own beliefs, values, spiritual resources, self-talk, fears, and desires in safe. supportive community. I have been doing that with people for a number of years and can confirm that it does not require a PhD in Psychiatric Medicine. God can use any one willing to seek the compassionate heart of Christ and set aside one’s own fears, apprehensions, and prejudices to get with people where they are instead of simply trying to drag them to where you think they need to be.
Sometimes, however, it is clear that they believe they benefit from the chaos that resides in their minds and do not want to have it banished or cannot trust another enough to do anything other than what they have come to know. Those are the saddest and most resistant to any kind of help.
Knowing that such spiritual realm sensitivity is present among us, sometimes in unexpected people, makes me seek even more the refining and pruning work of the Holy Spirit in me so that I can be at ease anywhere and not wonder, “What do people see in me?”  It also has helped me understand why certain people are very avoidant of others.  Just as an FYI…… I have never seen demonic spirits on another person or demonic auras, either.  I have, however, seen beings that I knew were angelic and I have seen the Light of Christ’s Holy Spirit on some people. It is a beautiful thing to see……  I have, however, heard a few voices that I knew were from evil influences, and some of them were produced by human vocal cords. 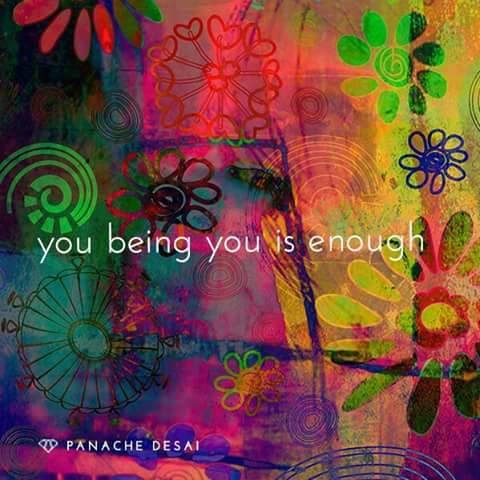