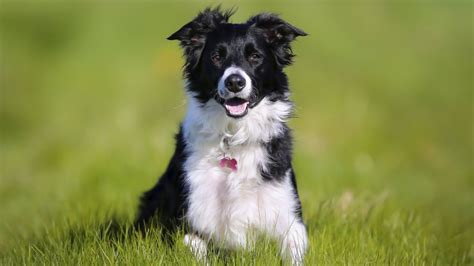 William J. Bennett, in a lecture to the United States Naval Academy November 24, 1997 said “Most of the people in our society are sheep. They are kind, gentle, productive creatures who can only hurt one another by accident. We may well be in the most violent times in history, but violence is still remarkably rare. This is because most citizens are kind, decent people, not capable of hurting each other except by accident or under extreme provocation. They are sheep.

Then there are the wolves who feed on the sheep without mercy. Do you believe there are wolves out there who will feed on the flock without mercy? You better believe it. There are evil men in this world and they are capable of evil deeds. The moment you forget that or pretend it is not so, you become a sheep. There is no safety in denial.

Then there are sheepdogs and I’m a sheepdog. I live to protect the flock and confront the wolf. If you have no capacity for violence then you are a healthy productive citizen, a sheep. If you have a capacity for violence and no empathy for your fellow citizens, then you have defined an aggressive sociopath, a wolf. But what if you have a capacity for violence, and a deep love for your fellow citizens? What do you have then? A sheepdog, a warrior, someone who is walking the unchartered path. Someone who can walk into the heart of darkness, into the universal human phobia, and walk out unscathed.
We know that the sheep live in denial, that is what makes them sheep. They do not want to believe that there is evil in the world. They can accept the fact that fires can happen, which is why they want fire extinguishers, fire sprinklers, fire alarms and fire exits throughout their kid’s schools. But many of them are outraged at the idea of putting an armed police officer in their kid’s school. Our children are thousands of times more likely to be killed or seriously injured by school violence than fire, but the sheep’s only response to the possibility of violence is denial. The idea of someone coming to kill or harm their child is just too hard. So they choose the path of denial.

The sheep generally do not like the sheepdog. He looks a lot like the wolf. He has fangs and the capacity for violence. The difference, though, is that the sheepdog must not, cannot and will not ever harm the sheep. Any sheepdog who intentionally harms the lowliest little lamb will be punished and removed. The world cannot work any other way, at least not in a representative democracy or a republic such as ours. Still, the sheepdog disturbs the sheep. He is a constant reminder that there are wolves in the land.

They would prefer that he didn’t tell them where to go, or give them traffic tickets, or stand at the ready in our airports, in camouflage fatigues, holding an M-16. The sheep would much rather have the sheepdog cash in his fangs, spray paint himself white, and go Baa. Until the wolf shows up. Then the entire flock tries desperately to hide behind one lonely sheepdog.
The students, the victims, at Columbine High School were big, tough high school students, and under ordinary circumstances would not have had the time of day for a police officer. They were not bad kids; they just had nothing to say to a cop. When the school was under attack, however, and SWAT teams were clearing the rooms and hallways, the officers had to physically peel those clinging, sobbing kids off of them.

This is how the little lambs feel about their sheepdog when the wolf is at the door. Look at what happened after September 11, 2001 when the wolf pounded hard on the door. Remember how America, more than ever before, felt differently about their law enforcement officers and military personnel? Understand that there is nothing morally superior about being a sheepdog; it is just what you choose to be.
Also understand that a sheepdog is a funny critter. He is always sniffing around out on the perimeter, checking the breeze, barking at things that go bump in the night and yearning for a righteous battle. That is, the young sheepdogs yearn for a righteous battle. The old sheepdogs are a little older and wiser, but they move to the sound of the guns when needed, right along with the young ones.

Here is how the sheep and the sheepdog think differently. The sheep pretend the wolf will never come, but the sheepdog lives for that day. After the attacks on September 11, 2001, most of the sheep, that is, most citizens in America said “Thank God I wasn’t on one of those planes.” The sheepdogs, the warriors, said “Dear God, I wish I could have been on one of those planes. Maybe I could have made a difference.” You want to be able to make a difference. There is nothing morally superior about the sheepdog, the warrior, but he does have one real advantage. Only one. And that is that he is able to survive and thrive in an environment that would destroy 98 percent of the population.

Research was conducted a few years ago with individuals convicted of violent crimes. These cons were in prison for serious, predatory crimes of violence: assaults, murders and killing law enforcement officers. The vast majority said they specifically targeted victims by body language: Slumped walk, passive behavior and lack of awareness. They chose their victims like big cats do in Africa, when they select one out of the herd that is least able to protect itself.

Some people may be destined to be sheep and others might be genetically primed to be wolves or sheepdogs. But I believe that most people can choose which one they want to be, and I’m proud to say that more and more Americans are choosing to become sheepdogs.

Seven months after the attack on September 11, 2001, Todd Beamer was honored in his hometown of Cranbury, New Jersey. Todd, as you recall, was the man on Flight 93 over Pennsylvania who called on his cell phone to alert an operator from United Airlines about the hijacking. When they learned of the other three passenger planes that had been used as weapons, Todd and the other passengers confronted the terrorist hijackers. In one hour, a transformation occurred among the passengers – athletes, business people and parents – from sheep to sheepdogs and together they fought the wolves, ultimately saving an unknown number of lives on the ground.

Edmund Burke said “There is no safety for honest men except by believing all possible evil of evil men.” Here is the point I want to emphasize, especially to the thousands of police officers and soldiers I speak to each year. In nature the sheep, real sheep, are born as sheep. Sheepdogs are born that way, and so are wolves. They don’t have a choice.

But you are not a critter. As a human being, you can be whatever you want to be. It is a conscious, moral decision. If you want to be a sheep, then you can be a sheep and that is okay, but you must understand the price you pay. When the wolf comes, you and your loved ones are going to die if there is not a sheepdog there to protect you.

If you want to be a wolf, you can be one, but the sheepdogs are going to hunt you down and you will never have rest, safety, trust or love. But if you want to be a sheepdog and walk the warrior’s path, then you must make a conscious and moral decision every day to dedicate, equip and prepare yourself to thrive in that toxic, corrosive moment when the wolf comes knocking at the door.

This business of being a sheep or a sheepdog is not a yes-no dichotomy. It is not an all-or-nothing, either-or choice. It is a matter of degrees, a continuum. On one end is an abject, head-in-the-sand-sheep and on the other end is the ultimate warrior. Few people exist completely on one end or the other. Most of us live somewhere in between.

Since 9-11 almost everyone in America took a step up that continuum, away from denial. The sheep took a few steps toward accepting and appreciating their warriors, and the warriors started taking their job more seriously. Its OK to be a sheep, but do not kick the sheepdog. Indeed, the sheepdog may just run a little harder, strive to protect a little better and be fully prepared to pay an ultimate price in battle and spirit with the sheep moving from “baa” to “thanks”.

We do not call for gifts or freedoms beyond our lot. We just need a small pat on the head, a smile and a thank you to fill the emotional tank which is drained protecting the sheep. And, when our number is called by The Almighty, and day retreats into night, a small prayer before the heavens just may be in order to say thanks for letting you continue to be a sheep. And be grateful for the millions of American sheepdogs who permit you the freedom to express even bad ideas.

Charles Grennel,
US Army Reserves
Excerpted from a letter to a Univ. of Washington student