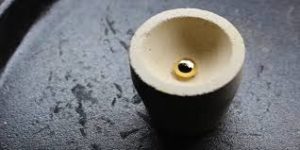 I am part of a 365 Bible Challenge study group. We were finishing up the Job section recently. Among the group’s members there was a conversation by one who had felt persecuted by some individuals in her workplace. She was asked in the group why she felt that this was coming against her when she didn’t appear to have done anything to warrant the actions directed at her. Her response was, I must have ticked someone off. One of the group said, “Do you know who?” Her reply was, “Yes, I think I do.” Later she said she reflected further on that question, “Do you know who?” And she said as she thought about the circumstances and the individual who seemed to be at the root of the issues she had experienced, she felt the Lord speak to her heart. It was not that person at all. It was, in fact, the devil whom she had offended. And, because of the circumstances, the devil had been able to use others to come against her.   Just as Job experienced being “sifted” when God allowed the testing by satan to come against him without his knowledge of the truth through tragic losses, devastating illness, his wife’s criticism, and his friends’ assumptions, allegations, and accusations..   God is often “leading from behind” in allowing tests in our lives, too…… Not to doom us to failure, but to bring us into fuller understanding of how sovereign, loving, and redemptive God truly is. Our group discussion of Job has led each of us to see some of the hardships in life through new facts….facts that point to the truth of God’s steadfast love, power, and intimate and ultimate care for each of us!

I quoted a pastor I’d heard say one time, ” The devil is not particularly creative and, in fact, he doesn’t have to be because humanity continues to fall for his tired, worn, old bag of tricks.” Throughout the Bible we sometimes see those who eventually came to see the true source of hardships and addressed them well. Or we are shown others who continued in darkness unaware of the truth. Among those who are unaware of the truth, we may see them struggle with the situation and come away wounded. Or we are given the opportunity to observe those who stayed focused on God and God alone, trusting his power and love and who, in doing so, found their way through the difficulties. In the end, their response to difficulty was not, “Why, God?” but simply, “What now, God?” Thank God for the lesson of trust offered through the Word God has provided for us!

With regard to satan’s tools…the tools that satan has at his disposal are really only a few….but those few he employs well because of the propensity of people to succumb to the temptations satan uses to deploy them. Some of those temptations are:

– making oneself feel good or even superior to others spiritually, physically, emotionally, financially, educationally, or morally

– goading one into easily taking offense at the slights of others, whether they are intended or accidental

– playing on one’s insecurity in a relationship to God, self, or others

– tempting one into the role of judging others’ hearts and motives

These and any other temptations one can think of all boil down to the same three temptations that Jesus experienced at the start of his ministry at the hand of satan – lust of the flesh, lust of the eyes, and the pride of life (1 John 2:16).

While the diagnosis, given prayer, time, and discernment, may be relatively simple, the treatment is far more difficult to prescribe, accept, and see through to completion. The more wise one becomes in the recognition of the source and the means satan employs, the more readily one will learn to withstand the attacks, no matter in what form or through what means satan uses.

What is more difficult, however, than recognizing the attacks against us that satan has initiated is recognizing when we ourselves are being used by satan to attack others.

We are studying the prayer of Jabez currently in our church. 1 Chronicles 4:10

“Jabez cried out to the God of Israel, “Oh, that you would bless me and enlarge my territory! Let your hand be with me, and keep me from harm so that I will be free from pain.” And God granted his request.”

Jesus, too, in the prayer he taught his disciples (Matthew 6:9-14) said: “…lead us not into temptation, but deliver us from evil.”   The deliverance from evil that we need is certainly from the evil that might come against us from others, but it is also the evil we may be tempted to inflict on others.

Regardless of where the attack appears to be coming from, the source is surely from The Evil One, who perpetrates his evil attacks in cunning and deceit.

We may learn well how to recognize and defend against satan’s ploys in some venues and be totally unaware that satan is even present in others. But as one gains experience with spiritual battles, one thing seems clear. If we make ourselves available to God and are willing to have our territory expanded, we will face additional testing.  There is no person, place, or time that is entirely free of the danger of being used as a tool of satan or having the tools of satan used against them. And, as many have discovered, the more one seeks righteousness, the friendship of God, and to be obedient to God’s will the more likely she is to find herself in a battle, sometimes in entirely new and unexpected circumstances.

The enemy will use his knowledge of us and our propensities and personalities. However, if we know the Lord and trust in his love and purpose for us, the enemy can do nothing more than what God permits and God’s permission will only be for the purpose of refining us and bringing us forth as gold!