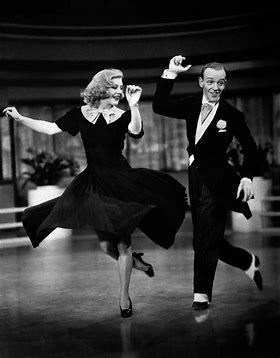 I received a new newsletter today from Jordan B. Peterson and found his introductory topic interesting.  Here is the newsletter link and the text of the brief article that caught my eye.

Jordan B Petersen –  On Determinism and Free Will
“The argument “determinism vs free will” has been raging for centuries.
This means that there is probably something wrong with the manner in which the question is posed (“do human beings have free will, or are we deterministic, driven purely by causal factors beyond our control?”).
It is very frequently the case that unanswerable questions or unsolvable problems are formulated incorrectly, in some uncomprehended manner, and that this incorrect formulation prevents their solution.
It is certainly the case that we are not absolutely free, but neither does it seem that we are forced in every manner to act in the manner of the marionette, whose every movement depends on forces beyond his control.

It appears reasonable and appropriate to think of the relationship between determinism and free will more poetically, more imaginatively, more metaphorically: the two operate in the manner of dancing partners, each dependent on the other.”

I had just covered some of these same considerations in an online theology discussion group so my thoughts on the issue were fresh.
As I have pondered the tension between determinism and free will, I have come to this understanding. God possesses both sovereignty and omnipotence.  Sovereignty implies the capacity to exercise power in such a way that God’s omnipotence is self-limited to only actions that are also good. That aspect of God is one of the unique aspects of Christianity, as other religious systems attribute such unrestrained  omnipotence  that God can also be the origin of evil. God is not the source of evil. However. sin, brokenness, suffering, and other such consequences have arisen as a result of free will choices by created beings.  But God’s intentional will was from the beginning set on achieving goodness and is supported by the ultimate nature of his omnipotence so that his will is ultimately expressed in its redemptive iteration. God exists outside the limitations of time and space and, having also the omniscient power to know what is the ultimate good for all, as well as the knowledge of the route to attain an ultimately redemptive outcome, God is able to deliver on the promise that “all things work together for good to those who love the Lord and are called according to his purpose.”  It is the grace and compassion of God that put in place the God-determined boundaries of self-restraint, patience, and mercy that balance the competing goals of determinism and free will. But it is the selfless, sacrificing agape love of God revealed in the Incarnation, passion, suffering, and sacrifice of Christ as propitiation for sin to reconcile man to God that has made possible the complete redemption of all creation.  It is these unique attributes and activities of God that assure that neither determinism nor free will interfere with the Creator’s ability to engage in personal and intimate relationship with his creation.
I liked Peterson’s final observation that, “the two operate in the manner of dancing partners, each dependent on the other.”   How rich that the character of God that includes ultimate power over all creation also includes a gift to humanity of free will which we may exercise as we wish!  But when we do so, the God of the Dance always bears with us in a way that gives us great freedom but with the adept expertise of a Partner that anticpates every move we make…. be it bumbling or precise….and moves alongside us with such grace that it looks like a Fred Astaire and Ginger Rogers showstopper!
Years ago a friend had shared with me the following that also compared the relationship between Creator and created in dancing terms.  Jean Wise had written about it as being a poem from a headstone in her online blog Healthy Spirituality in 2013:
GUIDANCE – God and I Dance – Healthy Spirituality

‘When I meditated on the word Guidance,

I kept seeing ” dance” at the end of the word.

I remember reading that doing God’s will is a lot like dancing.

When two people try to lead, nothing feels right.

The movement doesn’t flow with the music,

and everything is quite uncomfortable and jerky.

When one person realizes that, and lets the other lead,

both bodies begin to flow with the music.

One gives gentle cues, perhaps with a nudge to the back

or by pressing lightly in one direction or another.

It’s as if two become one body, moving beautifully.

and attentiveness from one person

and gentle guidance and skill from the other.

My eyes drew back to the word Guidance.

God and I dancing. I like that image. He leads, I follow – to be honest, not always true.

Daily surrendering to His movements.
Paying attention to the gentle cues and soft nudges He gives throughout the waltz of each day.
How poignant to read this on a tombstone.
How thought-provoking to know the one who took the photo is struggling with his diagnosis of cancer.
How touching the words are to my heart and mind.
I wonder what message to leave on my tombstone?
I don’t know the answer, but I do know I would love to bequeath words of hope like this woman did.
Imagine how many people wander through that cemetery.
Perhaps mourning the lost of a loved one.
Maybe under attack with self-doubts, discouragement or false accusations.
Possibly lost in the fog of confusion and indecisiveness.

The words and image of dancing with God lives on even in death.

Psalms 30:11-12 You have turned for me my mourning into dancing; You have put off my sackcloth and clothed me with gladness, To the end that my glory may sing praise to You and not be silent. O Lord my God, I will give thanks to You forever.”