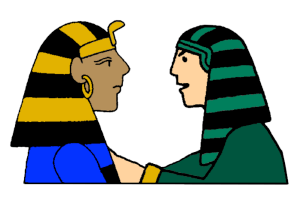 My husband, Bill, is a kind and generous and morally grounded individual. He has expressed annoyance at times about the way in which David is held up as an example for Christians, given his many failings. And being called “a man after God’s own heart” is particularly incomprehensible to him given David’s adultery, conspiracy to murder, rebellion by his sons, etc. As I have said to him, I don’t think it is David’s sterling character that commends him to God as a man God would love so personally, but rather it is the fact that in spite of ruthless resistance that came against him at times, he stayed fixed on God as his strength and defender, comforter and provider. No, he was not perfect. But when confronted with his failings, he was quick to recognize that his sin was, first and foremost, against God’s standards and he repented. David was one, like many, who had to learn some of his hardest lessons out of his own bad decisions. But he took the consequences when they came, didn’t blame others or God, and kept his relationship with God through every victory and defeat.

In examining aspects of their lives, there are some commonalities between David and Joseph as well as some noteworthy differences. In a brief biblical comparison of these two favored individuals, anointed men of God’s choosing for greatness, there is one key difference that I have observed. One chose to indulge in satan’s “dainties” and one did not.   Both were youngest and favorite sons who were gifted by God and called by God for specific leadership.

By way of context, let me elaborate on “dainties”. In the Scriptures there are references to a “dainty”, a temptation that is used that has great appeal to one’s appetite, whatever that appetite is. Satan is very adept at discerning our appetites and setting before us “dainties” that tempt us with the lust of the flesh, the lust of the eyes, and the pride of life.   God provides a warning several times. The Psalmist David, in praying to be delivered from the ways of “men that work iniquity,” cries, “Let me not eat of their dainties” (Psalms 141:4). In other words, don’t let me take their bait.

The man who sitteth “to eat with a ruler” (Proverbs 23:1-3) is counseled, “If thou be a man given to appetite, be not desirous of his dainties; seeing they are deceitful food”. One can compare this also to John’s words in the woes upon Babylon (Revelation 18:14), “All things that were dainties and sumptuous are perished from thee.”

Such dainties seem to be naturally associated in the realm of the flesh with kings’ tables and with the lives of those who are lovers of pleasure and luxury. By their associations and their softening effects such dainties are to be abstained from or indulged in moderately as “deceitful food” by those who would live the simple and righteous life which wisdom sanctions. The book of Daniel is a case of a wise young man who rejects the king’s “dainties”… the rich foods of the palace and remains firm in his commitment to following God’s rules for him.

Such dainties are also “offered not from genuine hospitality, but with some by-ends.”   Satan puts it before us to see what we will do with it.

One is also counseled to shun the dainties of the niggard (Proverbs 23:6), who counts the cost (Proverbs 23:7) of every morsel that his guest eats, for there may well be a demand for some favor in return in the future.

David– A favored son, anointed as a youth to succeed King Saul. Taken into the king’s home, where he lived a privileged life. Then he encountered problems with Saul, his benefactor and predecessor, but rose to the challenge and acted honorably. He was also criticized as overly “enthusiastic” in worship style and immodesty. David continued in his own flamboyant and daring style until a “choice dainty” was placed before him at a time when he should have been with his troops, but instead was indulging in a king’s prerogative to remain at home and send others to do the work. Bathsheba had little choice but to submit to the king. David’s indulgence in this “dainty” offered as a temptation that appealed to a lustful appetite in him – which he chose to indulge – led to a woman’s shame, Uriah’s murder, a baby’s death, God’s pronouncement of a reign for David filled with war and violence and treason even among and by his own children, and denial of the privilege of building God’s temple. (Gifted in music and expressing the human condition through his own communications with God, courage born of confidence in God’s presence, gifted in military leadership and charismatic, passion for God’s presence among his people.)

Joseph– also a favored youngest son whose favor and dreams annoyed his brothers and led them to sell him into slavery and tell their father he’d been killed. Joseph was taken into a well-provisioned home and had favor. But when he resisted a woman’s lustful desires, he was falsely accused and imprisoned. He continued to use the gift of interpreting dreams that had incited his brothers among the men in prison and eventually was called to do it with Pharoah. That led to him having a place of trust and responsibility over the nation’s resources which came in handy when his brothers came seeking food during a widespread famine. He was able to maneuver them into bringing the whole family into safety that led to flourishing of Abraham’s heirs, at least for a time. He revealed his identity and was able to provide safety, provision, and a promising future for the Hebrew people. It was 14 years later, when Jacob died in Egypt that the brothers feared that Joseph would finally take his revenge. But Joseph did not take satan’s “dainty”, even then. His reply was, “What you intended for evil, God intended for good.”   (Gifted in interpretation of dreams, attentive to God’s presence and guidance, morally grounded, persevering in trial, wins confidence and favor of men, skillful administrator, able to see the trajectory of God’s move and work cooperatively with God for the benefit of everyone involved, compassionate and desiring reconciliation with his family, forgiving, also, clearly a man after God’s own heart and revered by his people.)

Joseph was revered among the Hebrews and when they left Egypt 400 years later, his bones were taken with them to the permanent place of burial in their home and his sons’ families, though mixed in ethnicity (Egyptian and Hebrew) were given shares in the Promised Land in Joseph’s place, recognizing his place in the family chosen by God. Joseph lived honorably and did not yield to indulging in the “dainties” set before him. David did not resist the “dainties” presented to him. There is a price to pay for indulging in the enemy’s dainties, for taking the bait. And though David is honored, his failings and the consequences are well known.  He is no less loved and favored by God, but his self-indulgence has a price. He loses one of the primary desires of his heart….to build the temple for God in Jerusalem.

There are commonalities and differences between these two great men that say something to us about the character of God, the people God favors and uses in leadership and as examples. We can look at differences among those called by God today and how God uses even flawed personalities and failures of character for his purposes.

God seems to use forces that reflect a “ liberal” (libertine, “dainty”- indulging?) perspective as well as “traditional” forces (more modest, morally conservative, discipline- minded).   The latter seem to perceive the former as overbearing political activists indulging “appetites” for self-actualization and self-justification and having little in biblical conscientiousness. The former seem to perceive the latter as intransigent, biased reactionary hard-liners.

God chooses and uses whomever he pleases for purposes that we can’t always understand. Such is my confidence in the fact that even some considered “flawed” by their selective blind spots about Scripture and/or sexual immorality have been called by God. The division these issues have caused seem intent on harm….. what is perceived as being harmed depends on which side one chooses and what “idols” exist in one’s life….. but I know that God is working to redeem and bring good out of it. It won’t be quick. It may take another 400 years (or at least a few generations.) But God has already spoken to my heart about loving all, even less- orthodox brothers and sisters. In spite of our differences, God can use them to reach some that others will never reach. And, in his time, he will reconcile all to himself according to his definition of “righteousness”, which looks much more deeply and purely into the hearts of individuals than we can ever see.   God’s love and compassion and patience tempers his discipline and his judgment.   If it didn’t, we’d all be goners. As it is, there is a long-term hope for redemption for all whose focus is stayed on God and not on one another.