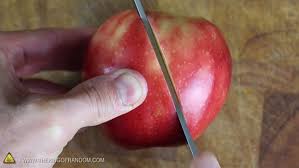 When a Christian talks about sin, one can sometimes see the eyes of people glaze over…..It is not a topic that endears one to others.  However, recently our Titus 2 ladies began a study of “40 Days of Love”, The Relationship Principles of Jesus, with a ministry friend and mentor.  When we talk about sin in the context of relationships and how it impacts our relationships, it is perhaps more easily understood and more acceptable as a topic for discussion……

Talking about sin without using religious language (from billmounce.com)

“We have been talking about believing in God, and although it is not explicitly stated in John 3:16 (our primary text), we do need to be able to define and explain sin.
The challenge, of course, in this culture is to find a way to do so, firmly and biblically, and yet without our listeners blocking out the discussion because of their religious stereotypes. Now, we have the assurance that it is not our responsibility to convict the world of sin, and that “No one can come to me [Jesus] unless the Father who sent me draws them” (Jn 6:44, NIV). But we still have a responsibility to be as clear and convincing as possible.
So how do you explain sin without using religious language? How’s this?
God had given Adam and Eve one rule, just one rule. By keeping this rule, they were able to show God in a concrete way that they loved him and lived in submission to him; he is God and they are not. The Garden had many different trees with many different types of delicious fruit, all to be eaten and enjoyed. God had created them all, and had created them good. But there was one tree — and we don’t know what type it was; I’m sure it wasn’t an apple tree but that’s just me — and they were told not to eat the fruit on that tree. It was called “the Tree of Knowledge of Good and Evil.
This is true of all relationships, isn’t it? All relationships have rules. Spouses are to be faithful to each other. Friends are to treat one another with grace. Co-workers are to be honest. This is just the way relationships are. We don’t know why God picked this one rule; but then again, he is God and we are not.
So did Adam and Eve obey this one, simple rule? Unfortunately not. The one thing they couldn’t have, they craved, and they ate the fruit. This violation of God’s rule is called “sin.“
What happened? What happens whenever the rules of a relationship are broken? There are consequences. In human relationships, it may be a broken trust, or a lack of privileges, or a removal of intimacy.
Consequences should be in proportion to the nature of the relationship and the severity of the violation. For Adam and Eve, the consequence was severe. After all, they had violated the rule of a relationship with God, the one who made them; and on top of that, they had violate the rule made by a holy God, one who is wholly without sin, without imperfection. That consequence was separation. They were kicked out of the Garden and an angel was put at the entrance so they couldn’t sneak back in.
But more importantly, they were separated in heart. Their relationship with God had been severed. In fact, they now feared God, the same God who previously had walked with them in the Garden. The first time God came to walk in the Garden after their sin, they hid. If the image weren’t so sad, it would be comical. Two people trying to hide from God, but that’s what sin does.
Lest we are too hard on our first parents, we understand that every one of us has made the same decision. We may not have eaten the wrong fruit, but we have done what God asked us not to do. We have acted with anger and without mercy. We have pridefully put ourselves first and others last. Our hearts have become darkened and we have not enjoyed the majesty of God as we should. We have put ourselves first and God second, or last. We all have sinned, which is precisely the point Paul makes when we writes to the church that lived in Rome. He says, “All have sinned and fall short of the glory of God” (3:23).
We have all eaten the forbidden fruit in one way or another and therefore fall short of the glory that God intended we have when he made us. And when we sin, we too suffer the consequence of separation from God.
Where does that leave us? If we lived separated from all that is good and pure and lovely and majestic, and if we continue like this through life, then we will die separated from God. Paul makes this point later in the same letter to the Roman church. “The wages of sin is death” (6:23). And to die separated from God means that we exist forever separated from him and all that is good and lovely.
This obviously is not a discussion for a two minute wait at the bus stop. There I would simply say that people were created to live in a personal relationship with their Creator, but when we break the rules of that relationship, we are separated from him. The good news of the gospel is that God worked through Christ to do something about that separation, and through Christ calls us back into relationship. If we refuse his free offer, we will live out our lives in isolation from our Creator; and if we die separated, that separation is made permanent.
What do you think?”