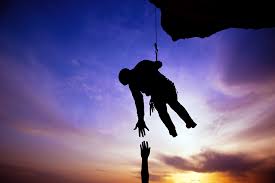 My car is back in the shop today for some of its 140,000 mile service after a quick oil change and airbag warranty service yesterday….It’s 2006 Honda Element I’ve had 3 years and it had 53,000 miles when I got it. The service rep said, “You drive a lot of miles!” Uh, yes. And that’s only part of the miles involved in ministry, as we also have a Titus 2 car that is used a few times a week for the women to all go to church 2-3X a week and to the grocery store and occasional other needs. Each trip on that vehicle is logged and closely accounted for and all of the students know that it cannot leave the driveway without my explicit approval for each trip/destination, or they risk being charged with grand theft auto. They are also required to check the oil weekly and maintain a record that they are being attentive to the condition of the vehicle. It’s part of a Friday morning checklist of responsible accountability for maintenance of things that are necessary to keep the household running. The car won’t serve us, if we aren’t mindful of servicing it. There are some rules that one simply must have in place to assure accountability in a situation like a recovery residence. Trust, but verify!

I’ve been pondering “accountability” this week. We do an exercise called the Rokeach Values Survey at Titus 2 with students early in their recovery work. It is a 2-part exercise that involves numerically prioritizing 2 sets of 18 values on two separate pages on which they are listed in random order. One set lists “terminal values”. These are the goal-oriented values…what they want their life to look like in their ideal view of themselves. The other set lists “instrumental values”. These are the means-values…..what are the guidelines for how one has to live if one is going to achieve the terminal values. There is no “right” or “wrong” to the self-assessment. It is simply a starting point for discussion in helping these women begin to evaluate the coherence (or lack thereof) between what they say is important to them and how the conduct of their lives either affirms or denies their idealized view of themselves. Many times it is the awareness of how far-afield one’s life is from her terminal values and how she has come to behave in a way that has little consistency with what she says are her instrumental values that causes cognitive dissonance in one’s soul and leads to feelings of shame, guilt, self-hate, a desire to escape one’s feelings, and blaming others.

The point of this exercise is to begin to connect the person with the hope and possibility that she can actually live into the way that she has envisioned her ideal “self” being. The exercise is intended, also, to help her begin to see and understand how adhering to the instrumental values she herself prioritizes can get her there. When one understands herself, what she truly values in life and knows how to get there, and she believes that she CAN get there, transformative change becomes a cooperative venture with the system intended to help with that process and with the Holy Spirit who mediates it.

I’ve had some interesting experiences with this self-assessment survey and the things it brings to light. In one case a young lady prioritized freedom to choose, autonomy, and independence in both batteries, terminal and instrumental values. As I had observed her response to our program for nearly 2 months, it was clear she did not intend to submit to the authority here or follow the rules. She was simply not ready for change. She values her autonomy and is under the illusion that being “free” means doing only what she wants to do- when, where, how, and with whom she chooses. Once we were able to get this out on the table and discuss it, she was ready to leave, acknowledging that she was not ready to change, but also admitting that she would probably later regret her decision to leave. In the cycle of change, one cannot be rushed through the pre-contemplation, contemplation, and preparation for readiness to take action. It has to come from within, one’s own motivation that arises from recognizing her own need to change. We can help provide the security and safety and help with the internal and external resources needed to move forward with change once she has recognized the need to change and has decided to do so.

I had a brief conversation with someone associated with a court system whose comments suggested that the court system has recognized this, too, and is less inclined to court order people to forced rehabilitation in lieu of incarceration. It simply doesn’t work very well that way…….unless in the early process of the court order, they begin to see the truth and are willing to engage in the cycle of change voluntarily. Some will, but many won’t under such an external forcible demand to change.

Another interesting experience with this self-assessment was with a young lady who prioritized “honesty” as her highest instrumental value. However, my observations of her conduct even in just the brief time I had known her led me to recognize immediately upon reviewing this with her that she values honesty by others toward herself but has no similar sense of needing to be honest with others. As soon as we began discussing the 2 lists of values she could see her duplicity. She wants others to be absolutely honest and trustworthy, but she does not require that of herself. There were several other similar “aha” moments for her and for me as we talked through her values survey.

It has had me pondering the whole business of “accountability”. Today in a Bible study group we were talking about forgiveness. We talked about the standard, means, and test of forgiveness when someone is repentant and strives to make amends and demonstrates a willingness to change (even if it is not done perfectly and immediately). We contrasted our discussion of what that kind of forgiveness looks like versus the almost impossible (without God) standard of forgiving someone who has no repentance, no compunction about repeating the offense, and no willingness to even acknowledge the pain her conduct is causing others.

That discussion of forgiveness and accountability and my experience with this lady’s implied rule for life, “you earn my trust doing as I want you to do toward me and I’ll do as I want to toward you, ” reminded me how often, in working with women in recovery we encounter this scripture: Luke 6:31 “And as ye would that men should do to you, do ye also to them likewise.” Invariably these days when I ask young people (under 35) “What do we call this verse?” They look at me with a blank stare and have no clue what I am asking. Then I say, “We have historically called this The Golden Rule” and I explain, it may be worded a number of ways, but it reflects a moral principle that was once well known and highly regarded. It was one of the foundational principles of moral life in our culture. Many have never heard that name applied to this moral principle and have little experience with practicing it. I recall hearing it spoken and seeing it posted and implemented in conduct around me from an early age….. in church, in home life, in school, and elsewhere.

These experiences have led me to some new insights about working with women in life recovery and reminded me once again how vital it is to maintain honesty with myself as well as others about what I am doing, why, and how. Accountability to God. Accountability within myself for my motives and truthfulness with myself and others. Accountability with those whom I have given permission in my life to call me out when they believe I am violating my own professed values or those that we share by virtue of our choice to be in community together or in personal relationship with one another.

By the way, that discussion with the young lady about her own priority of honesty as an instrumental value and how she has applied it to others, but not herself, has had an immediate impact on her and on our ability to begin actually helping her move toward her terminal, or goal-values in life.

We may dismiss the means as being of less importance than the goal, but when it comes to living out our values, they go hand in hand.  It appears that in the race to achieve one’s highest valued goals in the world in which we live, many are willing to use whatever means are necessary with little or no particular regard for the moral and social impact of either the goals or the means. 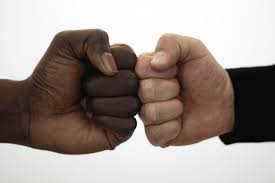