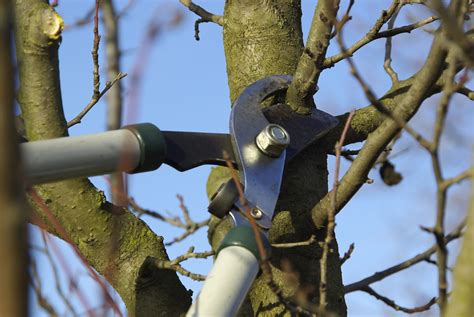 Two years ago the Lord directed my attention through several devotionals, sermons, and events to the topic of “pruning” and “wood” over about a three week period. It was so frequent, pointed, and obvious that I could not miss all the references that were piling up around me. And the context was generally in reference to “dead wood”, which seemed a little bit ominous at the time. However, living under large old oaks, I am aware of how necessary such “dead wood” pruning is from time to time.
During the latter part of those weeks, I was surprised to hear that my two brothers had been to a little country church where many relatives, including our maternal grandparents, had worshipped for several generations. A third cousin is the overseer of the property and had needed to have a damaged tree hanging over the roof of the church removed. My brothers had volunteered. When I heard they had taken down a tree over a church during the same time period that the Lord had been putting “dead wood” and “pruning” references in my way, I called to chat with my younger brother about it, asking him a few questions.
When I asked if it had been difficult and was it a large tree, he said it was a good bit of work. But it was not the ropes-and-chainsaws kind of job. They had pushed it over with a tractor and pulled it into the woods to rot. I said it must not have been very big if they could just push it over. His reply was, “Cathy, you can take down any size tree you need to if you have a big enough tractor.” Those words seemed potent and portending in that moment. And his tone of voice was very matter of fact and serious which is not a common state for him. He is generally more teasing and jovial which made his statement all the more jarring and memorable. He was schooling me on the fact that it’s really not so much a matter of the size of the job as it is about having the right equipment to do the job.
A few days later the Lord had me in a situation of suspenseful waiting and gave me, more specifically, a tangible indication that I was to simply wait. The incident included a reference to “sap.” Further circumstances at the time and in the two years since have not given me any further context for understanding all the “dead wood” and “pruning” references, nor the “sap” reference. At the time, I had thought that they might be referring to God’s plan in dealing with some disciplining of the church…the universal larger church of Christ, not the little country church of my grandparents. But I had seen no immediate evidence that suggested that was the case. So, I assumed it was likely that God was pruning me through some of the circumstances of those two years.
Today, however, without any thought of wood, dead or otherwise, I suddenly was presented with evidence right in front of my face that God is indeed doing some things that relate to pruning and planting in some unexpected places in the church. I laughed out loud when God reminded me of all of those references two years ago and how I kept looking for where and how it was occurring without a clear understanding.
God has a funny sense of humor and a timelessness that challenges my time-bound senses and understanding. However, when I remember that since the moment of my profession of faith in Christ I am already living in eternity, I have to remember that there is no requirement that God work in a time-based, linear manner, even for me as I still live in this physical time-bound realm. I have a foothold in both realms for the time being and God is teaching me to live into the timelessness. The references from two years ago were not about me or for me in particular. It was more of a sensitizing so that I would recognize the real point of the “conversation” about such “pruning” and “sap” matters when I saw it. And today was the day God said, “This is what I was talking about.” Wow. What the Lord allowed me to see was better than I could possibly have expected and the answer to a prayer I had been praying just this week. It is as if the Lord told me two years what he was going to do, then this week he let me see what was coming about as a result of work he’s already done. I get impatient and want to see the whole thing at once, but God says, “Be patient child. We have all eternity for you to see the unfolding spectacle I have planned.”
Wow. Just wow.

Flashback: June 2016: I was preparing for a challenge at Annual Conference before the Clergy Session to the discontinuation from pursuit of Deacon’s Orders by the Board of Ministry. Those days were filled with anticipation, uncertainty, and a measure of dread. It seemed that the references about pruning could be about me or about the AWFUMC Conference….both of us having our share of “dead wood” that needed pruning. God’s reference to the “sap” was equally ambiguous….as I could not distinguish the place or party in which the sap would rise or where the presence of sap would indicate that there was still green, living wood. And God did not give me any clues, just left me to wonder….was it me, was it the Methodist Church, was it the universal church…..being pruned.
Today he has shown me that the pruning, though not yet evident to me exactly where or how, has already happened. Sap is present and is rising. There is a tree with a future and a hope…. Perhaps when all is known, the tree will have been taken down to the stump. Or perhaps it has literally been pushed down and dragged away and a new sapling has taken its place. I won’t know until God chooses the time and place to show more. And I have a sense that it will be another two years in the unveiling, at least. Then again, it could be something that God shows me as he points it out from Heaven some day when we are walking along and I ask him about that season in my life.