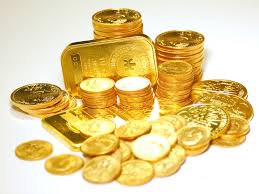 Like the unamed “rich young ruler” in the Gospels, anything one is unwilling to surrender for the sake of following Christ becomes the source and basis of one’s identity…….. and is her true god.
It may be a relationship, material security, vanity, sexuality, career, or any number of other things one withholds from God for her own pleasure or peace that defines one’s identity. If that is the case, one will never know the fullness of pleasure or peace one can know in intimate relationship with God.
The young ruler who came to Jesus had his own idea of what constituted righteousness….. keeping the Law. Even so, he felt something missing. So he asked Jesus what more he could do and then was sad when he was told, because it called for a level of sacrifice he was unwilling to make.
In this story, I think it is significant that we are not told the man’s name. We are told only that he is rich, he is young, and he has authority over others. These things define who he is. He has the chance for his entire life to be redefined in relationship to Christ and he walks away rather than surrender those things by which he has defined himself in his life.

Luke 18: 18-27 The Rich Young Ruler (Also Mark 10:17-27 and Matthew 19:16-26)
18 A ruler questioned Him, saying, “Good Teacher, what shall I do to inherit eternal life?” 19 And Jesus said to him, “Why do you call Me good? No one is good except God alone. 20 You know the commandments, ‘Do not commit adultery, Do not murder, Do not steal, Do not bear false witness, Honor your father and mother.’” 21 And he said, “All these things I have kept from my youth.” 22 When Jesus heard this, He said to him, “One thing you still lack; sell all that you possess and distribute it to the poor, and you shall have treasure in heaven; and come, follow Me.” 23 But when he had heard these things, he became very sad, for he was extremely rich. 24 And Jesus looked at him and said, “How hard it is for those who are wealthy to enter the kingdom of God! 25 For it is easier for a camel to ]go through the eye of a needle than for a rich man to enter the kingdom of God.” 26 They who heard it said, “Then who can be saved?” 27 But He said, “The things that are impossible with people are possible with God.”