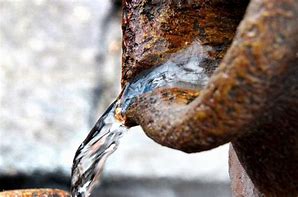 There are moments when the Scriptures just all seem to “fall into place” and you go “Hmmmph, well I’ll be!”

Today was one of those days.

In our study of Genesis we were discussing Rebekah and Isaac. The author was reflecting on “typology” and how the Old Testament presents us with archetypes that we see later presented in a more perfect form in the life and ministry of Christ.

Hmmmmmmm…… I have heard over and over again about God in Genesis saying “Let us make man in our image” being an initial pointing to the Trinity and to the community nature of the Triune God. God the Father, Jesus the Son and the Holy Spirit were present from eternity. Yes. I believe that.

As I pondered the New Testament image of Jesus’ baptism I suddenly had this view of the Father speaking from heaven and the Heavenly Dove descending to Jesus with the Divine Voice, “This is my Son, in whom I am well pleased.” And here is Jesus, arising from the River Jordan, who has had the Spirit of God present in him as the Incarnate God in Christ since his miraculous Immaculate Conception, and here is John the Baptist, one who has been filled with the Holy Spirit since his own miraculous conception to his mother Elizabeth and father Zacharias, and who discerned the Christ from within the womb and leaped for joy! Father, Son, and Holy Spirit present at creation…… present at Jesus’ baptism…..both potent events, creative events, initiating events where water has a significant presenting role.
Then I thought about how many “signs and wonders” of the Scriptures included water….(this is not intended to be comprehensive, but are just the ones that come to mind immediately

In Matthew 12:38-41, we see ““Teacher, we want to see a sign from you.” He answered, “A wicked and adulterous generation asks for a sign! But none will be given it except the sign of the prophet Jonah. For as Jonah was three days and three nights in the belly of a huge fish, so the Son of Man will be three days and three nights in the heart of the earth. The men of Nineveh will stand up at the judgment with this generation and condemn it; for they repented at the preaching of Jonah, and now something greater than Jonah is here.” Jesus had just cured a demon-possessed man who was blind and mute. They were still unconvinced that he was the Messiah and asked for a sign, for miraculous proof. He replied with this “sign of Jonah” statement.

It has been said that Jesus used this phrase as a typological metaphor for His future crucifixion, burial, and resurrection. As I reflected on the Jonah story, I realized how very rich the story is with typology for us to consider. And wondered, “Have we truly mined the rich gems of this saying of Jesus?????”

The aspect that immediately intrigued me was this:

When the men on the boat with Jonah begin questioning him, he admits that disobedience of God is bringing disaster upon them and he voluntarily throws himself overboard, sacrificing himself to save them. This is a noble and dying-to-self act for the sake of others and I was reminded of Jesus’ words, “This is My commandment, that you love one another as I have loved you. Greater love has no one than this, that he lay down his life for his friends.”

And Jesus did exactly that, although out of a spirit of obedience to God instead of in repentance for disobedience. He loved us so much he gave his life as a sacrifice to reconcile us all to the Father. The redemptive, atoning work of Christ’s resurrection was accomplished in three days, just as Jonah’s surprise rescue and redirection to Nineveh had been accomplished in three days, too.

Christ makes an oblique parallel between the three days of Jonah’s experience in the whale and what would become his own three days in the grave. That seems simple enough. It happened after the Passover Feast over 2000 years ago in Jerusalem…. It won’t happen again  as a sign for us. It would have been one sign for them when it occurred.

But then he dives in for the coup de grace.

“The men of Nineveh will stand up at the judgment with this generation and condemn it; for they repented at the preaching of Jonah, AND now something greater than Jonah is here”.What, truly, was the “sign of Jonah”…. Repentance. Jonah repented, was saved from death in the stormy sea and had a second chance to obey God (though he continued to be begrudging in his spirit toward the people to whom he was called!) …. But his repentance and consequent obedience brought about hearing of the Word by the Ninevites, who had a second chance, repented and were saved, clearly for eternity. They, from their position in heaven, will stand at the time of judgment as witnesses against this generation, the Pharisees to whom Jesus was speaking then, that they heard the truth and did not receive it and repent.  And we can conclude that they will all be there to condemn all pharisaical deniers who refuse to recognize Christ’s authority and repent,  after having heard the truth and refusing to obey in every generation thereafter!

Repentance is the clear sign of the coming of the Kingdom of God. . Jesus said again and again….”Repent, for the Kingdom of God is at hand.” The only clear sign that any will receive is that people will be repenting. The Spirit will be moving hearts. Sons and daughters will have the Spirit poured out upon them and will be prophesying. The Word will be being spoken. Hearts will be being turned toward God. Revival will be outpouring!

Even the rebellious disbelieving Ninevites heard, repented and were saved by the testimony of a disobedient, repentant, and rescued prophet who considered them unworthy. These Pharisees, these men of God, could be assumed to have more knowledge of the Word of God, of the ways of God, than the Ninevites. And here is someone far greater than Jonah, one of them, who is sent by God, and yet they cannot see….. they do not WANT to see! They are blinded by impure hearts and false motives…. They will not be condemned by God, but by those who stood in the same place and made a better choice by repenting. They, too, could have done the same thin the Ninevites did but chose not to.

And what has come to be the presenting sign of the repentance in one’s heart and one’s salvation and entrance into eternal life? …… Baptism with water before the community of faith!  A water sign…..that says to all.  “I am His and He is mine.”