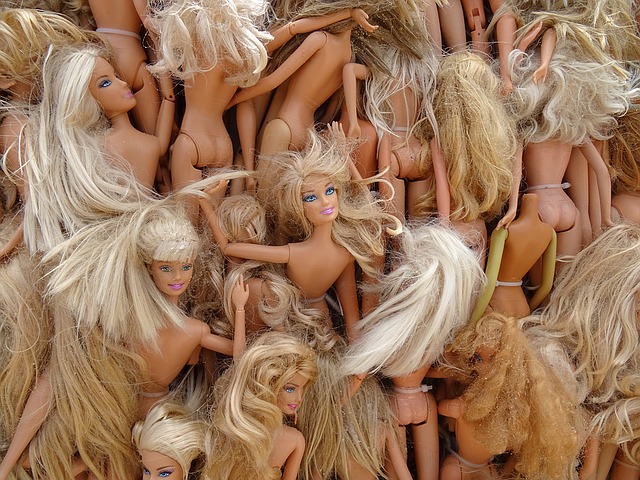 At Titus 2 this weekend we had a conversation about the “Barbie Syndrome” and the impact on our culture of the fashion doll’s presence since March 9, 1959, her fictional birthday and fashion doll toy market debut.  I am one of very few women, it seems who never had a Barbie doll growing up…. My parents gave me a “Tammy” doll, the girl next door doll. That, however, does not mean that I, like many others of my generation, was not impacted by the Barbie phenomenon. I have observed again and again the negative impact on self-image to those trying to measure up to the cultural image of “beauty”, “success”, “popularity”, and “trend-setter”.

A few fortunate teens “lived the life”… had the looks, the affluence, the cosmopolitan access, to fulfill the Barbie dream. Most, however, were Barbie-wannabes or Barbie-neverbeens, or Barbie-usedtobes. Everyone grew up battling Barbie-envy. As women aged, they tried to imitate her life either in looks, style or attitude and ultimately found that the Barbie-life was marketing magic, an illusion, or worse, a bald-faced lie. And there are a lot of 35-65 year-old-women still under the spell of Barbie-ism or woefully disillusioned and hurt by the unveiled truth that their childhood fantasies were only that ….

They dressed, bought makeup, starved or exercised themselves, resorted to plastic surgery, colored their hair, tanned in booths, overspent their budgets, and did whatever they had to in order to attract their “Ken” and live happily ever after. The culture sold women and men the lie that life is all about physical appearance and possessions, the illusion that they could be whatever they wanted to be if they could simply look the part. It has devastated many lives. And the lies continue, perpetrated through Hollywood celebrities….. all friends or kin of the “Barbies” of today, whatever their actual names happen to be.

The wrong standard of measure. The wrong identity-role model. The wrong self-constructed idols for worship.  “I-Doll-A-Try.” Some are still bending knees to her aura and living hollow lives…diminished in their bodies and souls just like the hollow molded plastic 1/6 play scale figures that gave us “Barbie Syndrome”….. a mental health crisis that goes by many other diagnoses.