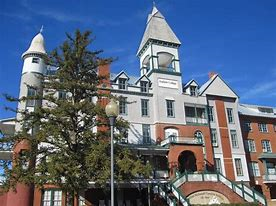 It is just so like God to give one glimpses of how he’s been working in one’s life for decades in a simple, single moment. I received an email from a United Methodist point of contact about a group of college students coming from Andrew College in Cuthbert, GA who are looking for some community service work while they are in Bay County.

I grew up in Randolph County where Andrew College sits on Hwy 82. I lived a couple of blocks from it during my pre-school years. When I graduated from high school in 1971, I took summer classes at Andrew College before making the decision to go to Auburn University. While there I took history, psychology, and English. As a result of that summer semester, I remember very distinctly telling someone that I thought I would like to major in psychology and counseling. I was 17 years old. But my parents were not enthusiastic about that plan and I wound up fulfilling the plan they had for me…..Auburn and laboratory science, a field in which it was expected I would always have a job, no matter where life took me.

Andrew College is a Methodist liberal arts college founded in 1854 as Andrew Female College. It was the second oldest chartered college in the United States to confer degrees on women and went coed in 1956. Within 2 years of my brief time there I became a Methodist by marriage and have been nurtured by Wesleyan spiritual influences ever since.

It was named for Bishop James Osgood Andrew. I remember that the apostle Andrew was much in the mold of a facilitator, logistics specialist, and networker. He was baptized by John the Baptist, was a disciple of John, and became the first disciple called by Jesus. His older brother has an Aramaic name, “Simon”, but his name is Greek, reflecting perhaps the multicultural influences in his home of Bethsaida. When God-fearing Greeks in Jerusalem for a feast came looking for Jesus, they were brought to Andrew who took them to Jesus and served as their interpreter and later as an apostle to the Greeks. Everyone building an organization needs an organizer. His actions in the Scriptures point to his ability to see an opportunity and act on it. For his service-minded devotion to Christ, he has been my favorite among the apostles.

John 1:40-42 Andrew heard Jesus speak and brought his brother Simon to Jesus, saying he had found the Messiah.
John 6:8-9- Andrew brought the boy with the loaves and fishes to Jesus to feed the 5000.

After the email on Thursday about the Andrew College students, I awoke Friday morning with the Apostle Andrew on my mind and thoughts about Andrew College, Methodism, counseling, and how God has been weaving these particular threads together, mostly unseen for 47 years. Today I see the pattern that has emerged and how these threads have come together in the call and ministry of my life.

God is indeed good. He puts desires in our hearts and prepares us long before we even realize where he is taking us.