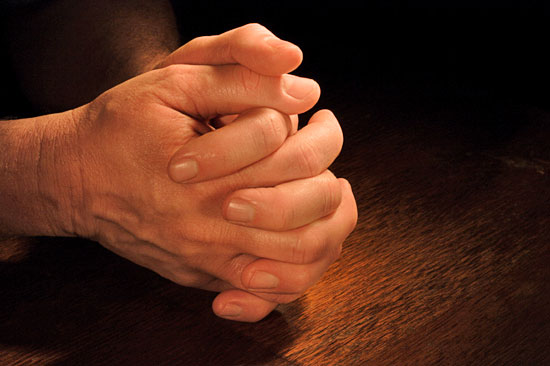 “This kind can only come out by prayer.”

There is an incident recorded in three Gospels- Mark 9:14-29, Matthew 17:14-21, and Luke 9:37-45 that gives interesting perspective on miracles and prayer. It comes on the heels of the twelve disciples having been sent out by Jesus in pairs to proclaim the Gospel to the Jews and to perform miracles, previously recorded in Mark 6, Matthew 10, and Luke 9-10. During that time of healing by the disciples, they experienced great success. But upon returning to Jesus, crowds of people were following them and they were faced with the boy with the evil spirit. They tried to deliver him from his demon-possession but found they were completely powerless. People there witnessed their confusion and humiliation, and after Jesus had performed the miracle and set the boy free the disciples came to Him privately, expressing their dismay, and asked Jesus, “Why couldn’t we drive it out?”

Here was a boy who had an evil spirit, possessed by “a demon” (Matthew 17:18), “a spirit that had robbed him of speech” (Mark 9:17). Demon-possession was a common experience they had observed and addressed. Even today people may be obsessed with, oppressed by, or even be possessed by evil spirits. It is really no different now than then. Many people around us are gripped by sin and controlled by Satan. This is not popular among many people who deny the embodiment of evil in spirits and not always accepted as the reason for individuals’ distress in a world where science and its theories and hypotheses are granted more authority than God’s Word. However, in Ephesians 2:2-3 Paul makes it clear that unregenerate people are living their lives under Satan’s domination. Unsaved individuals are under the influence or control of the spirit of evil. The boy’s situation was heartbreaking for his family. Similar situations face families, even within the Church today. How are we to respond?

The disciples attempted to heal the boy but failed. They were confused and humiliated. It was a tragic failure, as Luke 9:40 says “they could not”. They seemed helpless and powerless. In their recent journeying two by two, Jesus had specifically given them power to work miracles and they had exercised this power successfully (Matthew 10:1 and 8, and Luke 10:17). Here they were, the Lord’s representatives, yet they were powerless. Today we may find ourselves in a similar position of powerlessness. We live in a devil-possessed world and yet it appears that we, too, are powerless to cast out the devils of unbelief, immorality, an epidemic of divorce and other manifestations of the mounting tide of evil. “Why…?”

In their disappointment, they found the grace to humbly ask Jesus “Why?” We need to come to Jesus, too, and ask “What has gone wrong?”, in the Church today that we see so little power to affect the miracles that Jesus said his representatives would have.

The Gospel accounts reveal three reasons for the disciples’ failure in this case:

Faith, prayer and fasting will bring victory even in difficult conditions we may face. We can experience God’s power brought to bear on behalf of those bound up in sin through the healing ministry of our Lord Jesus Christ.  Fasting is always accompanied by prayer and is done to bring focus and seek God’s will.   Acts 14:23 ” Paul and Barnabas also appointed elders in every church. With prayer and fasting, they turned the elders over to the care of the Lord, in whom they had put their trust.”   Matthew 17:20-21 And He said to them, “Because of the littleness of your faith; for truly I say to you, if you have faith the size of a mustard seed, you will say to this mountain, ‘Move from here to there,’ and it will move; and nothing will be impossible to you. “But this kind does not go out except by prayer and fasting.”

“17 A man in the crowd answered, “Teacher, I brought you my son, who is possessed by a spirit that has robbed him of speech. 18 Whenever it seizes him, it throws him to the ground. He foams at the mouth, gnashes his teeth and becomes rigid. I asked your disciples to drive out the spirit, but they could not.”
19 “You unbelieving generation,” Jesus replied, “how long shall I stay with you? How long shall I put up with you? Bring the boy to me.”
20 So they brought him. When the spirit saw Jesus, it immediately threw the boy into a convulsion. He fell to the ground and rolled around, foaming at the mouth.
21 Jesus asked the boy’s father, “How long has he been like this?”
“From childhood,” he answered. 22 “It has often thrown him into fire or water to kill him. But if you can do anything, take pity on us and help us.”
23 “‘If you can’?” said Jesus. “Everything is possible for one who believes.”
24 Immediately the boy’s father exclaimed, “I do believe; help me overcome my unbelief!”
25 When Jesus saw that a crowd was running to the scene, he rebuked the impure spirit. “You deaf and mute spirit,” he said, “I command you, come out of him and never enter him again.”
26 The spirit shrieked, convulsed him violently and came out. The boy looked so much like a corpse that many said, “He’s dead.” 27 But Jesus took him by the hand and lifted him to his feet, and he stood up.
28 After Jesus had gone indoors, his disciples asked him privately, “Why couldn’t we drive it out?”
29 He replied, “This kind can come out only by prayer.”

If the disciples had been as fully and intimately in touch with the Lord by faith, prayer and fasting, they could have performed this miracle. It is always His power that accomplishes our work anyway. He does not delegate His power, but rather He operates through us to bring it to bear according to His will.

“ 14 Later Jesus appeared to the Eleven as they were eating; he rebuked them for their lack of faith and their stubborn refusal to believe those who had seen him after he had risen.
15 He said to them, “Go into all the world and preach the gospel to all creation. 16 Whoever believes and is baptized will be saved, but whoever does not believe will be condemned. 17 And these signs will accompany those who believe: In my name they will drive out demons; they will speak in new tongues; 18 they will pick up snakes with their hands; and when they drink deadly poison, it will not hurt them at all; they will place their hands on sick people, and they will get well.”
19 After the Lord Jesus had spoken to them, he was taken up into heaven and he sat at the right hand of God. 20 Then the disciples went out and preached everywhere, and the Lord worked with them and confirmed his word by the signs that accompanied it.

Faith, prayer, and fasting– these are the prerequisites, conditions required for us to realize the Lord’s promise that we, his followers, may do even greater things than He…… perhaps He meant in terms of numbers of people to be healed, or in terms of a far wider reach across the globe, or in terms of longer durations of our respective ministries, or in terms of our being dependent entirely upon faith in the presence of the Holy Spirit with us in the post-resurrection and post-Pentecost era, without the bodily presence of Christ among us for security as his first disciples enjoyed for a while.
Furthermore, in terms of the source of the prayer to access the power of Christ for healing and to overcome resistant spirits, Jesus is not specific in his response to the disciples… “This kind can only come out by prayer.” From various Gospel reports of healing miracles, it appears that there are several parties among whom effectual prayers offered in faith may occur, individually or in accord, to bring about miracles:

So, we find within these principles of prayer and examples of healing miracles the key to Christ’s words, “This kind can only come out by prayer.” May we be diligent, and in doing so, be found also righteous as we seek the healing power of Jesus Christ through fervent, effectual prayer that availeth much! (James 5:16)
6/7/2020 CBB