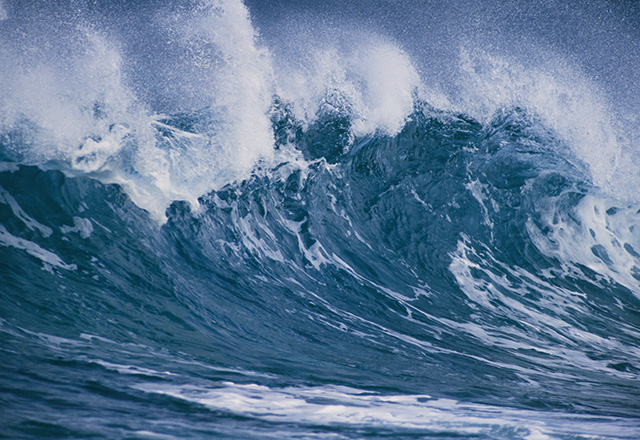 Pastor Craig Carter, has asked our church staff to share our “big picture” prayers for ministries and missions.   Some have already shared about their “big picture” hopes and prayers.  Over the last week I keep coming back to one thought that plays in my mind again and again.

It occurs to me that this latter year’s experience is more likely what God’s intent was when creating the mechanism for dispersing equatorial heat through such meteorological phenomena than the former year’s catastrophic storm.

Hurricane Michael and storms of that magnitude, can be pointed to as evidence of the brokenness of a created world that groans in anticipation of the completed work of God’s redemption that we will someday see. They display the degree to which every aspect of the created world has been corrupted by the fall of Lucifer from grace and the impact of evil upon even the earth itself, not just upon humankind.
More moderate weather patterns of the magnitude of Nestor, can be pointed to as reasonable and expected seasonable rains that may produce small localized disruptions, but nothing of the widespread and fear-inducing impact of the “former rain”, i.e. of the scope of a category 5 storm.

Interestingly, the distinction between “former rain” and “latter rain” biblically is similarly very different in character, just as these two storm systems were. Biblically, “former rain” is a reference to a call for repentance and preparation, a clearing of the way for the harvest that will come later. “Latter rain” is shown to be a time of God’s favor and the redemption of God’s people.

Proverbs 16:15
In the light of the king’s face is life, And his favor is like a cloud of the latter rain.

Zechariah 10:1
[ Restoration of Judah and Israel ] Ask the Lord for rain in the time of the latter rain. The Lord will make flashing clouds; He will give them showers of rain, Grass in the field for everyone.

Weather.com offers a recap of the two storms’ features and it’s easy to see the contrast between the former (H. Michael) and the latter (TS Nestor).

It gives me a focus for prayer upon which to meditate…..asking God to continue his redemptive work upon all creation that is being brought to fruition since the resurrection of Christ and will culminate in the full restoration of the earth and all that exists upon it.

I long to see creation care and restoration of our broken world become a reality. It is a “big picture” prayer – to see the beauty of the world redeemed and all the earth renewed in the likeness of Eden. Rain will still be needed. The heat of the tropics will still have to be dispersed. But we see in TS Nestor a dramatic contrast, compared to the devastation of H. Michael, that provides a model for prayer and fasting to implore God to hasten that restoration and end the cataclysmic events like H. Michael of 2018.

I am reminded of another cataclysmic event….the undersea 9.1 magnitude earthquake and resulting tsunami on December 26, 2004 off the coast of the Indonesian island of Sumatra. Over the next seven hours, a tsunami—a series of immense ocean waves—triggered by the quake reached out across the Indian Ocean, devastating coastal areas as far away as East Africa. Some locations reported that the waves had reached a height of 30 feet or more when they hit the shoreline. The tsunami killed at least 225,000 people across a dozen countries, with Indonesia, Sri Lanka, India, Maldives, and Thailand sustaining massive damage.

I remember that event clearly, as we had moved into our new church facility earlier that year. I had a large map on the wall of my office where I had marked several locations of missions of interest to me and our church. That day, I marked the area affected by the tsunami and prayed for the people affected by it, overwhelmed by the scope of the disaster. It remained on the wall of my office for several years and every time I looked at it, I thought of that event and its impact. We haven’t seen anything like it before or since in two millennia of recorded history, from 385 A.D. to modern times. The 2004 Asian tsunami killed more people by far than any other tsunami of record. There have been tsunamis since, including the 2011 Japan earthquake and tsunami that killed approximately 20,000 people and caused the failure of the Fukushima Daiichi Nuclear Power Plant. Today there continue to be regular earthquakes that cause fear of tsunamis. But there are also significantly improved strategies to anticipate, provide advance warning, and mitigate the damage of such events, as noted in this December 2005 report on Tsunami Risk Reduction:
“- Improve tsunami and seismic sensor data and infrastructure for better tsunami detection and warning.
– Enhance tsunami forecast and warning capability along our coastlines
– Increase the number of Deep-ocean Assessment and Reporting of Tsunamis (DART) buoys, tide gauges, and seismic sensors
– Ensure interoperability between U.S. national system and other regional tsunami warning systems.
– Provide technical expertise and assistance, as appropriate, to facilitate development of international tsunami and all-hazard warning systems
– Promote development of model mitigation measures and encourage communities to adopt construction, critical facilities protection and land-use planning practices to reduce the impact of future tsunamis.
– Increase outreach to all communities to raise awareness, improve preparedness, and encourage the development of tsunami response plans.”

We can pray and fast for humankind’s response to God’s call for creation care and God’s continued redemptive work upon the earth….. both in the natural world and in the lives of people who inhabit it. And we can watch for the moderating, “latter rain”, impact of that redemption as such cataclysmic events are reduced. I believe that will be the case. I continue to watch for evidence of it during my lifetime and pray for my children, grandchildren and generations to come who will see it fully realized in the fullness of time!

Join me in praying for our awareness of God’s plan and purpose in having humankind exercise stewardship over creation and in cooperating with God’s complete redemption of the earth!          10-29-19 CBByrd