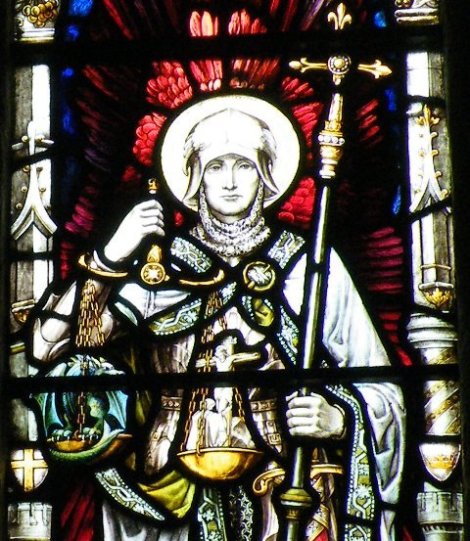 I was talking to someone about a situation involving great evil to an innocent and all the sorrow it has caused. How sad that it is continuing to play out in heartbreak and with potentially dire consequences to many. The person said that this Psalm had come to mind in prayer…..not the words, just the reference…..spoken in the heart softly….”Psalm 52”…..commended by the Holy Spirit as a way to deal with the pain of the circumstances.

In reading this Psalm it is clear that God is offering reassurance that no evil will go unpunished. God is a just God. It is Satan, “O mighty one”, who stirs up trouble, who boasts of his conquests with lies and calls evil “good.” He is the one whom God will destroy forever.

As I listened, my heart could envision in my own mind the mind of Christ, his very voice, speaking these words in his human experience to the Pharisees, to the moneychangers, to the liars and abusers of his day, and even to Simon Peter and Judas in the moments when they came under the spell of the lies of the (self-proclaimed) “mighty one” instead of listening to the TRUTH in Christ. I could hear it spoken into the mind and heart of David who put it down on a scroll and sang it in his darkest moments and who experienced the same evil perpetrated through lies about and attacks upon himself. What David knew, what Peter and Judas came to know, and what all who love and serve God will come to know is this: there is evil in the world and it sometimes appears to be winning. But God tells us to know for a fact that evil does not win …… that God is the Sovereign Judge……that the time of judgment is coming. Secret sins perpetrated through the lies of the “mighty one” against others will come into the light. Innocents, betrayed by the acts of those who are weak-minded and wounded themselves and who listen to Satan’s lies and act out of their own fear, selfishness, or wanton desires, will be vindicated.

Hearing these words recorded by the Psalmist David, I can hear Jesus Christ reciting them, pointing them out to his disciples, and knowing that these are His Own words, Eternal and True, which were put into the heart of David generations earlier to reveal the heart and mind of the Eternal Christ. Jesus himself would remind himself of them and rely on them in his own human time of persecution. Through that persecution, Jesus Christ revealed to mankind the reality of evil in the world. Through his resistance of Satan’s temptations, his meekness and submission to the will of God, and his resurrection from death he demonstrated his power over evil. He has promised us that it will be dealt with in God’s time and that Christ himself will be our vindication.

The Psalmist affirms that he will (and we also can) trust in God’s kind love and stand alongside God’s faithful people……. and our hope in him will be fulfilled.

Do not lose heart. Do not be afraid. Even though evil has been perpetrated and justice appears to be absent, The Just One is aware of every lie, of every wound, and of every cry for help. And he is coming………

Psalm 52 (The Voice)
(For the worship leader. A contemplative song of David when the Edomite Doeg told Saul that David had received help from Ahimelech. Psalm 52 recalls the callous way Doeg and Saul put to death the 85 priests of Nob (1 Samuel 22:6–19). The psalm ends with a memorable image: the one who keeps faith with God is like a lush olive tree cared for in His garden. While those who do not trust in Him are snatched up and torn away, those who do right will flourish under His care.)

1 Why do you boast of all the trouble you stir up, O mighty one,
when the constant, unfailing love of God is what truly lasts?
3 You’ve fallen in love with evil and have no interest in what He calls good.
You prefer your own lies to speaking what is true. [pause] 4 You love words that destroy people, don’t you,
lying tongue?
5 You won’t be smiling
when the True God brings His justice and destroys you forever.
He will come into your home, snatch you away,
and pull you from the land of the living. [pause] 6 Those who are just will see what happens to you and be afraid.
And some of them will laugh and say,
7 “Hey, look! Over there is the one who didn’t take
shelter in the True God;
Instead, he trusted in his great wealth
and got what he wanted by destroying others!”
8 But my life is abundant—like a lush olive tree
cared for at the house of the one True God.
I put my trust in His kind love
forever and ever; it will never fail.
9 Because of all You have done,
I will humble myself and thank You forever.
With Your faithful people at my side,
I will put my hope in Your good reputation.

Isaiah 29  (The Voice)  with commentary and footnotes

(For generation after generation of God’s people who have watched their country being attacked repeatedly and humbled by their enemies, Isaiah’s words must provide a great deal of comfort. Nothing could be more traumatic than to know that the temple to the one True God is under siege and finally destroyed. When Isaiah’s words are heard, many audiences must think of a restored temple in Jerusalem. God Himself is promising to lay the foundation for that restored temple, assuring that those who trust in His work will never have to rush around again to figure out how to save themselves from another invader. God’s foundation will hold firm, no matter what, so there is every reason to be confident.
Early Christians see in Isaiah’s message a promise of a new temple, a temple not made with hands. Simon, whom Jesus names “Rock” (Peter), refers to this prophecy when he writes of believers coming to Jesus to form a spiritual house (1 Peter 2:6). Jesus’ followers confess Him to be the stone that forms the foundation for God’s new temple. He is the cornerstone: though rejected by some, He is chosen and precious in God’s sight.)

1  O Ariel, woe to you Ariel, our Jerusalem,
where David set up his camp to stay.
Go ahead, go on with your fruitless festivals,
your calendar of events, year in and year out.
2  In the meantime, I will trouble Ariel to the point of mourning and crying.
She will be for me a fiery hearth.
3   I will surround you, enclose you, cut you off.
I will isolate you from aid or reprieve;
I will attack the city walls with towers and siege works.
4  That will humble you so low, you’ll speak from the earth itself.
And when you do, your voice will issue from the very dust where you lie;
Your voice will rise from the ground like the voice of a ghost,
like a soft whisper from the earth.
5  But in an instant your ruthless enemies, who seem too many to count,
will become as fluttering dust, as wind-driven chaff.
They will be blown away in the snap of a finger.
6  For the Eternal, Commander of heavenly armies, will visit you
with thunder and earthquake and great noise,
With raging wind and tempest and consuming fire.
7  And all those armies intent on destroying Ariel,
that great international coalition of Jerusalem’s enemies
Battering against the city of God, will disappear.
They’ll evaporate like a night’s dream in the light of day.
8  As when a starving person dreams of eating at a banquet and wakes hungry,
or a thirsty person drinking his fill in sleepy night visions
Finds himself still parched when the morning comes,
that’s how it will be for the horde attacking Mount Zion, His chosen place.
9  But it will take some time. Wait and wonder.
In the meantime, make yourselves unable to see or understand.
Make yourselves drunk and unsteady,
but not from wine or liquor.
10  For the Eternal One has poured you a cup of sleep—
deep, heavy sleep.
O prophets and seers, He has closed your eyes and covered your heads.
11-12 Everything God is disclosing to you will be like the words recorded in a book that is sealed. When it is given to one who is literate, he can’t read it because it is sealed. When it is given to one who is illiterate, he can’t read it because he doesn’t know how.
The prophet’s message seems inaccessible or unintelligible to many. For some, a few rituals are enough. But a relationship with God demands a complete commitment to something, Someone greater.
Eternal One:
13  These people think they can draw near to Me by saying the right things,
by honoring Me with their lips, but their hearts are far away from Me.
Their worship of Me consists of man-made traditions learned by rote;
it is a meaningless sham.[a] 14  Therefore, I will do something extraordinary with this people.
I will add wonder to wonders—
Shut down the wisdom of their wise
and hide what the discerning have figured out.
15  Oh, it’ll be bad for those of you who conceal your thoughts from the Eternal,
who do your deeds in the dark and say:
“Who sees us? Who knows what we are doing?”
Do they really think that God cannot know what they have hidden, so dark and deep? They are sure to be surprised.
16  My goodness, how you’ve turned things around!
You seem to think that the potter is equal to the clay;
Should the pot say about the potter, “He didn’t make me”?
Or does the thing formed say about the one who formed it,
“He doesn’t understand anything”?
17  Surely you know that in just a little while
the forests that clothe Lebanon will become rich fields
And the fields will be considered as valuable as the forests.
18  Then the deaf will hear the words read from a book,
and darkness and gloom will fall from the eyes of the blind.
19  A renewed sense of joy will come over the humble, thanks to the Eternal;
and joyous celebrations will break out among the poor, because of the Holy One of Israel.
20  For cruelty and mean-spiritedness will come to an end,
and those who laugh dismissively will be silenced.
All those who are determined to do evil will be cut down.
21  Those who level a false charge against an innocent person,
who twist an honest testimony and tell lies
in order to incriminate the innocent, will be stopped.
22  So the Eternal One, who rescued Abraham, says concerning Jacob:
Eternal One: The people of Jacob’s line will no longer be ashamed,
nor will they grow pale with embarrassment.
23  For when they lay eyes on their children, the work of My hands,
they will protect My name and keep it holy.
They will recognize that I am sacred, the Holy One of Jacob,
and stand in awe of Me, the God of Israel.
24  Whoever thought otherwise and wandered off will know the truth,
and whoever said otherwise and voiced criticism will quietly learn.