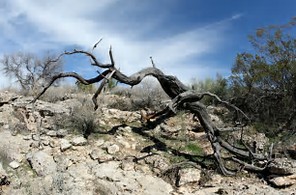 Nearly 400 years after the Hebrew people came sojourning with honor and hospitality into the land of Egypt during a famine, their hosts had become oppressors.  Their lives were hard, even putting an entire generation of male children at risk of death as a means of quelling the prosperity and proliferation of the Hebrews.  The parents of Moses placed him in a bulrush ark and pushed him out upon the water, putting him in  a different kind of danger but knowing that they could not protect him.  To try to do so any longer would have led to the destruction of Moses and all of them.   It was an act of faith, as well as one of desperation.  God honored their faith and brought the child through to safety.

Moses grew up in a place of privilege and prosperity, but eventually, as an adult, knew the origin of his birth and his true identity.  He became angry at the oppression of the Egyptians upon the Hebrew people and lashed out at one among his own rescuers.  If he thought he would be hailed as a savior by the Hebrews and spare them further pain through his action, he was wrong.  Instead, he was mocked and scoffed at and ran in fear.  He was sidelined by God on the backside of the desert for 40 years.  It was there that he cared for a flock that was not his own. He married and had children. He learned to respect the authority of his father in law and he was quiet enough in his spirit to watch and listen with curiosity to the things around him.

God then called him to what had been his destiny all along, the rescue of God’s people from their hardship and enslavement.  Moses did not accept it comfortably, but raised complaints as to why he was not equipped.  He was apprehensive about returning to Egypt.  God accommodated Moses’ reluctance and gave him help in the form of Moses’ own brother, Aaron, as a spokesman.  Furthermore, God demonstrated to Moses the power that would be available to him through God’s own presence with him.  And Moses’ trusted God and went forward obediently.

While the next 40+ years were times of a different kind of preparation and hardship for the Hebrew people.  Moses led them according to God’s commands, not always perfectly so, but learning from his own and his people’s mistakes.  Moses paid a price for his impatience and the Hebrews paid a price for their lack of faith.  In the end, Moses and the Hebrew people were cared for by God in a way that prepared them to achieve God’s plan and brought about their good.

Moses’ story is one of expulsion, redemption, unrestrained anger and vengeance, self-exile, extended testing and tempering, encounter with God, reluctant obedience to a call, empowered boldness, leading and confirmed promises by God, structured and ordered community-building, quelled rebellions and consequences of disobedience.  But through it all God is faithful, walking with Moses and sustaining his people.

It is a lesson in perseverance and redeeming grace, in God’s patience and provision, in delays and deliverance.  It is a story with lessons that resonate in any generation and era and is worthy of close review. As we begin a new year, we continue on a journey toward a destination into which we know God will faithfully lead us, but with considerable uncertainty and possible hardships to endure.  We, too, need perseverance and redeeming grace.  We need God’s patience and provision.  We will likely experience uncomfortable delays along with deliverance. However long it takes, God is taking us to a place he has prepared for us and will require us to participate in the process.  Otherwise, we create our own consequences that make the journey even more difficult.