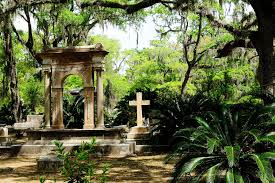 I received a message recently from a Facebook friend who asked this:

“Cathy, you had a post awhile back regarding a young man, I think, with addiction problems that had died and how God sometimes calls people home, releasing them from their misery – does that ring a bell? My son’s girlfriend found her dad last night – I think it was suicide – he’d been dealing with colon cancer for the last 15 months or so – and I would love to share that post with her if you can by any chance find it for me.”

Here is the reply I sent to her this week:

I have searched through FB posts and cannot find exactly what you are referencing, although for several years and through the loss of too many to drug overdoses- intentional or accidental- I have come to believe that God does, indeed, know our hearts better than we ourselves do. There are some people who may well have salvation through profession of faith in Christ. They have overcome the death penalty of sin and gained eternal life. But they struggle with ongoing sanctification and do not gain victory over the power of temptation to sin in their lives. Their struggle leads them to relapse after relapse that leads to despair and further losses in their lives. I think such individuals may simply give up hope and surrender to defeat in this life. God is good and gracious and when we simply cannot go on, I think he will mercifully and kindly allow us to come home.

One of these cases was a young man in his mid-thirties who had been to prison several times for drug-related charges. He had turned his life over to God. When he got out of the prison the last time he joined in a weekly men’s accountability and study group with a handful of older men. His knowledge of Scripture and sincerity in loving God were clear to those who spent months with him. He shared the Gospel effectively. It appeared that he had finally gained victory over his addiction. But as time went on, he was lonely and grew restless. Those with whom he had grown up had moved on from their youthful adventures years ago, were married with families, or had died from their addictive behaviors. He had no peer group his own age of singles among whom to find camaraderie and support. Eventually, he heard from a former girlfriend and he reached out to her, hoping to help her get beyond her addiction to drugs. As it happened, however, her friendship and continued drug use proved to be too much of a temptation for him and he relapsed one last time…… It led to bacterial endocarditis, a stroke, and his death. These tragic consequences left many who knew him shocked and grieving. How could this have happened so suddenly? He had been doing so well! His mother said she was at peace, knowing he was with the Lord. She believed his faith and love of the Lord were real, but his desire to have a relationship kept him from being fully content and at peace in this life. He believed that his age, felony history, addictive past, and self-consciousness of it limited the opportunities to meet a young woman who would view him favorably as a partner. It tempted him back into an unhealthy relationship from the past that ultimately cost him his life. She believes that this was God’s mercy at work, permitting her son to come home rather than continue in a struggle with life feeling irreparably broken and lonely. There are many people living such quietly desperate lives, psychologically barely hanging by a thread.  I have seen more than a few of them who struggle with an insatiable need for a self-affirming human connection, reflecting a co-dependent’s view of love that they cannot get beyond. They may know they are loved by God but feel a compelling desire for some unmet human connection that seems to elude them.

There are other situations besides those in which I think God honors one’s desire to come home…. as with my mother in law who had cancer. She had provided caregiving most of her life to her elderly parents, a brother in law who was widowed, her husband 22 years her senior, and her brother who was 13 years older, all of whom preceded her in death. She was exhausted and did not want to burden anyone with having to care for her, least of all her only child, my husband. I believe with all my heart that God honored her prayers and allowed her to exit this life quickly before she became bedridden and dependent on others. She died suddenly one morning with Bill and me standing near her telling her goodbye as we were headed out to work. She had a pulmonary embolism only weeks after being diagnosed with metastatic breast cancer in her lungs and elsewhere. She had voiced fear about becoming a burden to us and I had seen her sitting quietly on the patio in prayer several mornings in the weeks preceding her death.

I hope your friend is comforted by knowledge that her father knows the Lord. Encourage her to trust God’s heart of love. Suicide is not shameful, cowardly, nor unforgivable. It is an acknowledgement by some that they simply cannot go on, knowing that more unremitting misery and pain lies ahead. God himself knows the pain of impending death and I believe a loving God compassionately honors one’s plea to be free of it. It is not always so much a conscious desire to kill oneself as a deep-level ache to simply no longer endure the emotional or physical pain that one sees as unrelenting and inescapable otherwise.

There was a time I was in acute mental distress from a long undiagnosed depression that progressed to a psychotic break. I was 43. There were a number of factors in my depression – midlife empty nesting, a marriage that seemed doomed to divorce, loss of career, and more. When I went into a semi-catatonic collapse and was taken to the ER, I psychologically checked out. While my soul and body continued engaged with the psyche eval nurse and others, I spiritually retreated to a place of safety where I experienced the feeling of being in a geodesic dome, pitch black with tiny lights in triangle patterns twinkled like stars. A voice, which I knew was God’s said to me, “If this is too hard you don’t have to do it.” I thought I was being given permission to die. I had not had suicidal ideations. I just wanted the emotional pain to be over. I responded, “I want to live. I have a grandbaby soon. I want to fight for my life.” Suddenly I came to full consciousness again and Bill, the nurse and 2 pastor friends were there. Bill said I had been engaged with them the whole time. Later as I talked to a counselor and told her about this experience, she said she believes that we sometimes do reach a point of decision …. do we have the will to continue or do we desire to simply no longer struggle against the pain, whether it is physical or emotional. There is more than one way to “die”. We can die psychologically and surrender any hope of regaining what we have had and the will to go on. We can certainly die physically. Or we can die spiritually, turning away from God. I have written about this, too, in my weblog: disciplerofself.com/hearing-gods-voice/and-when-i-die/

There are other times when individuals miraculously recover from what would be certain death, as in the case of Hezekiah in 2 Kings 20:1-11 (also found in Isaiah 38):

“In those days Hezekiah became sick and was at the point of death. And Isaiah the prophet the son of Amoz came to him and said to him, “Thus says the LORD, ‘Set your house in order, for you shall die; you shall not recover.’” 2 Then Hezekiah turned his face to the wall and prayed to the LORD, saying, 3 “Now, O LORD, please remember how I have walked before you in faithfulness and with a whole heart, and have done what is good in your sight.” And Hezekiah wept bitterly. 4 And before Isaiah had gone out of the middle court, the word of the LORD came to him: 5 “Turn back, and say to Hezekiah the leader of my people, Thus says the LORD, the God of David your father: I have heard your prayer; I have seen your tears. Behold, I will heal you. On the third day you shall go up to the house of the LORD, 6 and I will add fifteen years to your life. I will deliver you and this city out of the hand of the king of Assyria, and I will defend this city for my own sake and for my servant David’s sake.” 7 And Isaiah said, “Bring a cake of figs. And let them take and lay it on the boil, that he may recover.”

Such miraculous healings seem to be have a condition that may be overlooked: What will the individual do with the additional time that will glorify God? How will the individual’s life reflect a more faithful witness as a servant of the Lord?

When my father had his first hemorrhagic stroke at 72, in the ER he said to me, “I am not ready to give up.” I told him we were all there to help him and if he had the will to fight to live we’d do all in our power to help him. It was difficult but he got through it and lived another 12 years before having another one. This time when I met him in the ER I asked him if he was ready to fight for his life again. He said, “I don’t think I’m going to have a choice this time.” And in a matter of weeks it was clear that he did not. I asked him as he was being prepared to move to the Covenant Hospice unit at Bay Med, “Daddy, if Jesus calls you home tonight are you ready? ” He said, “Yes.” He died peacefully a few days later with all his family around him. We had prayed together with him and over him and for him. We were at peace, as well. We have more say in living and dying in some circumstances than we realize. God honors the prayers and desires of people who are faithful and whose hearts are stayed on him. Sometimes the kindest thing God might do is to let us choose our own time. At other times, we indeed have no choice.

God himself, I believe, chose the exact time of his own Incarnate Self’s death on the cross….3:00p.m…. the time of the temple sacrifices during Passover. The symbolism can’t be overlooked…. For one who knows himself or herself to be a beloved child of God, nothing is coincidental or insignificant, even the moment of our death.