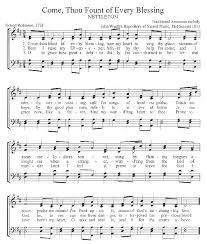 There are days when I begin discipleship work with someone new that we sit for three hours or longer….I have a prescribed list of topics that are necessary to cover in our first private session. Defining expectations, stating disclaimers, making the priorities and goals clear, introducing new terms, making assignments, and assuring mutual understanding right at the very start.

Invariably, we wander off task into places that this new would-be disciple needs to go. She doesn’t feel safe. She’s not sure. She is afraid. Not of me, but of the process…..and sometimes of God. (Well, maybe sometimes she is afraid of me, too, until she figures out I’m a sheepdog, not a pit bull.)

Discipling someone reminds me a little bit of the song from The Sound of Music: “Let’s start at the very beginning….A very good place to start. When you read you begin with A,B,C……When you sing you begin with Do-Re-Mi……..” But the “beginning” is never the same for any two people…..They come with their own song sheet and voice register … God has given them that. And sometimes they can even hum a tune. They may not know how to describe what they have. We teach them the mechanics of how to read it and sound out the notes…..to know the basics of tempo and to watch the director. God will teach them the lyrical style and even the harmony parts, if that’s their call.

My job is to drop breadcrumbs that can lure one’s hungry soul from the self-defined limits of her comfort zone into a path that will take her closer to the heart and mind of Christ where she can feed to her heart’s content and know the security of a feast table that is always set. .

Each new disciple is not very different from the others. I have learned to set aside my agenda and timetable and listen to the cry of the heart sitting before me. In one beginning session we wandered across several rich biblical landscapes…..1 Thessalonians 5:23 (spirit, soul, and body), Ephesians 6 (armor of God), Exodus, Acts, 1 John’s succinct description of temptations, then Genesis 3: 6 and Matthew 4:1-10 (Eve’s and Jesus’ contrasting ways of handling the same three temptations, Matthew 5,and 18 ( the Beatitudes and the biblical standard for handling conflict) and Luke 2:52, among them. Instruction on prayer…..Tests of “truth” …… The necessity of reading a list in scripture and paying attention to the order…… Being Berean. Each excursion into another green pasture was occasioned by a question she asked or in an attempt to quell a moan of despair……watching eyes being rubbed that still have scales over them…..hearing her crave “vision” and asking whether and how long before the fog in her brain lifts.

Small bites were pinched out of the Word and placed before each starving soul with a blessing over each one. She must reach for it and take it, if she is to be fed. I cannot put it in her mouth. In putting these breadcrumbs before her I hope to woo her away from the margin of the spiritual life and toward the more densely populated, interdependent, abundantly-resourced place of community, fellowship, service with one’s gifts, and sound teaching near the center, where Christians find themselves being molded and made into the likeness of Christ.
She has had so much false teaching. I seem to never lose the capacity to be shocked by some new way in which the Word has been twisted or neglected or misused…… leaving people like this woman.

They come confused and lost, wandering around knowing just enough to feel that there must be something MORE…… something significant about The Christian Life that SHE has missed. No, it was the false teachers that missed it. They taught only out of their own experience and urged her to release herself to an experience like their own…and often gave only part of the truth…… They told their stories instead of Christ’s and failed to make the connection between the two.  They taught her to rely on their truth instead of God’s truth. She became a collector of teachers and their stories, a chaser of the next “experience”….. gathering to herself their tape sets and books and binders filled with notes, exalting their names instead of Christ’s….”This one taught me this, another taught me that”…… Why did they not teach you to sit and be taught by The Teacher? A disciple of Christ has only One Teacher.

Instead of teaching you all the various malignant spirits that exist, their names and principalities, how to discern them in others and ward against them, why didn’t they teach you that the Holy Spirit, Christ’s Spirit, has authority over all of them and they have no power….just the writhing, thrashing death-throes of destruction by the beast that has already received its mortal blow. How did you learn the armor of God and not recognize the significance of the order in which each piece is received and put on ….starting with the belt of TRUTH…..without which nothing else will work as it is intended.

One began to say, “I know more than you think” after the third or fourth detour across another pasture, gathering crumbs of manna she’s never tasted…. spoken not defensively or with alarm…..but more to comfort and convince herself, it seemed, that the last ever-how-many years since giving her baby heart to Jesus had not been wasted in pursuit of vain knowledge. I reminded her that nothing is wasted in God’s economy, even hat tricks learned in dead-end rabbit trails where there were only “no exit” signs.

But now she will listen to The Word, not my words. It may be my voice, but it will be his Words. She will listen by way of a variety of means, through a number of voices, with repetition and memorization, seeing it before her in black and white (and red letters, too, if she chooses) and putting what she learns into practice. And we will teach her to pull the loose ends together and tie them in a way that begins to bring sense and security to her personal identity, theology, and values. We’ll teach her to recognize the threads that are too brittle or weak to last and discard them because they lack sufficient strands to hold together under stress and they lack the red strand that is the Maker’s mark within the cord.

“How long will it take,” she asks. “I don’t know. It depends on what God has brought you here to learn from us. And it depends on how diligent you are in the work. In other words, that pretty well depends on you.”
Then I told her what I had been told, “We give as much of ourselves as we can understand to as much of God as we can understand.” How dedicated a student are you, of yourself and of The Lord? How much do you want of him? You can have as much as you are willing to receive and embrace. “I want to gratefully embrace everything that Jesus has to give me.”

Okay. Let’s begin and see how much that is. But, if the pattern of others holds true, I suspect it will end with you pulling away because the flow is more than you expected to receive or because you are unwilling or unable to turn loose of other things you hold in order to receive all that Jesus is extending to you.  Surprise me.
CBB 4-14-18