I had not ever heard this tune before the Lord set my heart to singing it in 2002, then dropped the words of Psalm 37:3-5 into it:

I grew up singing Psalm arrangements in choir, many of which are no longer readily available, as I have tried to find some of them to reconnect with those tunes as an adult for my private worship time.

In 2002 as I was preparing to lay direct a women’s Emmaus walk at Blue Lake, there was a tune that kept playing in my head for weeks. I had not known it before, it just came to me and I hummed it off and on. As I worked on preparation for the walk, I selected Psalm 37:3-5, using the theme of Trust. Babbie Mason’s “Trust His Heart” was a favorite song of mine, too. One evening as I was driving across the Hathaway Bridge to a business meeting, all of a sudden the words to the Scripture dropped right into the tune that I had humming for weeks and I realized God had been preparing me for a joyful experience of trusting him more and more.

That was the same year that the Lord began calling me into full time vocational ministry of Christian education and eventually counseling to women and families in crisis. I began my Christian education certification through the UMC shortly thereafter. In 2006, I left my sales career and started graduate school in counseling. In 2008 I accepted a position managing a women’s substance abuse recovery program. Entered candidacy for ordination as a deacon and started classes at Asbury. I was commissioned in 2012 as a provisional deacon. In 2014, I started a new program, Titus 2 Partnership, a 501c3 non-profit Christian community residential program for women in recovery. From 2014 on, the journey toward ordination was very difficult. Two years in a row I was discontinued as a provisional by the AWFUMC Board of ministry.

It was largely over the matter of their not feeling they could trust me because I had been critical of the ordination interview process, poor communication by the Board with candidates, and of some individuals whose behavior had clearly been designed to screen people out of ministry instead of invite them in.

When the Board asked me in 2017 in the final interview if they could trust me….my response was that none of us is completely trustworthy. Human beings will always have the capacity to disappoint or hurt one another. The heart, we know, is deceitful! And furthermore, I can find no scripture anywhere that tells me we are to trust people or institutions. We are to put our trust in God. We are to love and forgive one another! I told them that is what I had sought to do, love and forgive. Trust is a harder thing to do. Can they trust me? As much, I suppose, as any one of us can trust one another. It was my trust in the Board and the process that led me to the ordination process naïve and expecting the best of people. I didn’t find that warranted.

Psalm 37 has become one of my favorite Psalms of strength and peace. I still sing these verses often, as this is one of my “life” scriptures!

God does indeed put a new song in one’s heart even in the midst of difficult journeys. 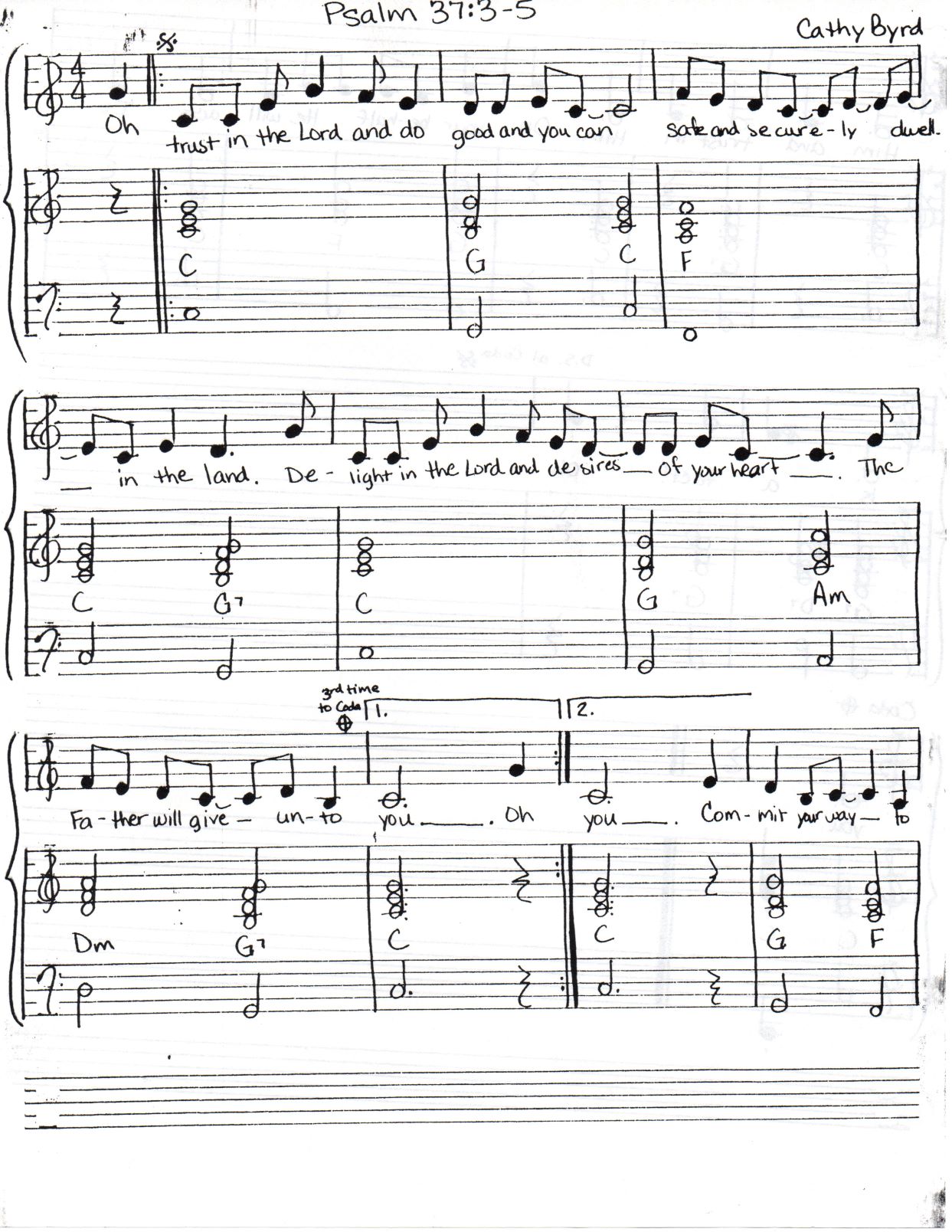 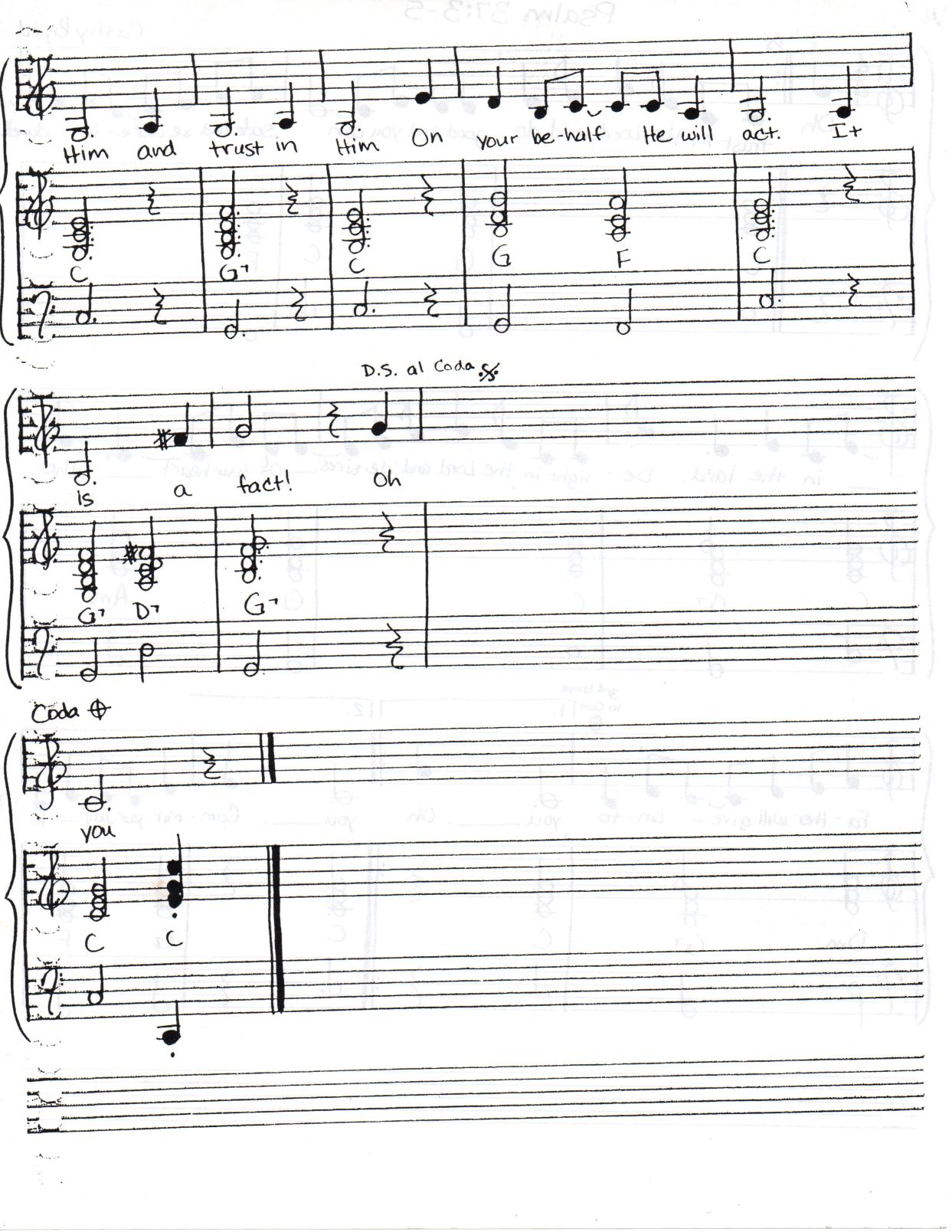 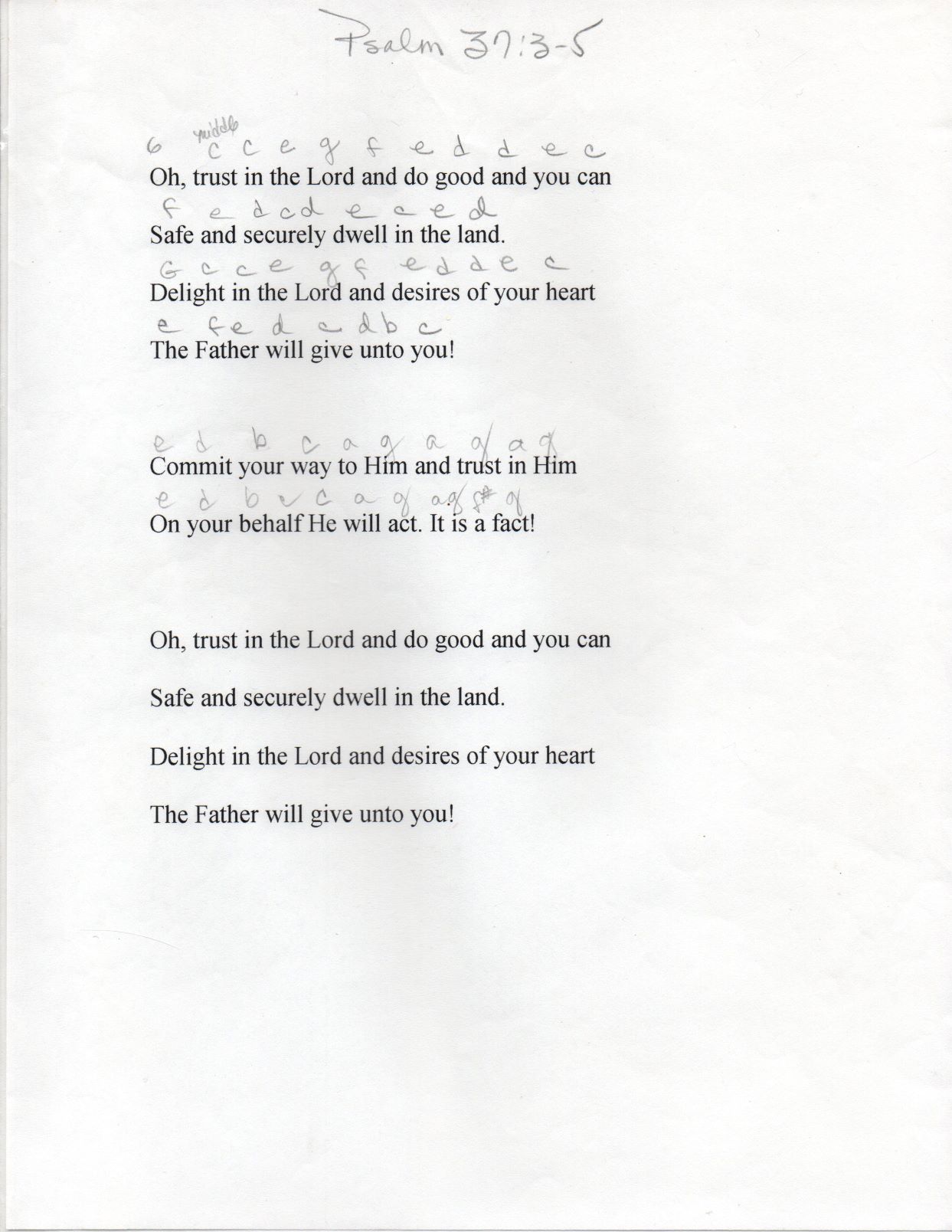